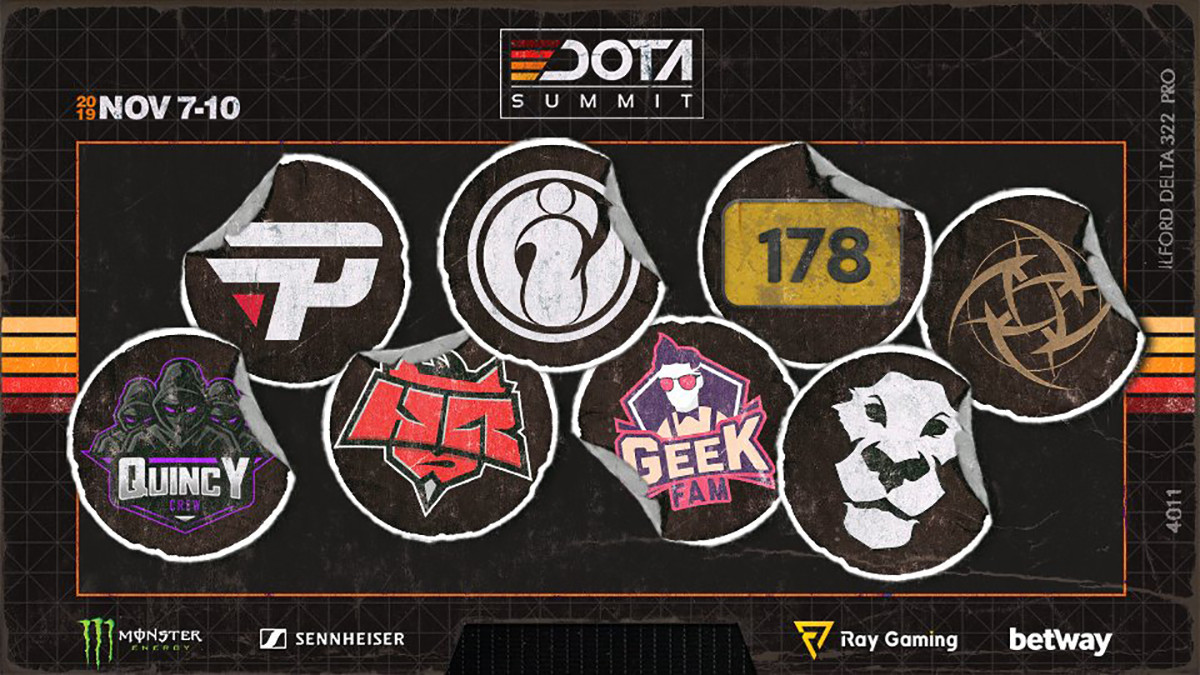 posted by NanaKrustofski,
The first event of the 2019/2020 DPC season starts on November 7th in Los Angeles: the DOTA Summit 11. Eight teams battle for 600 DPC points, a $300,000 prize pool and the last spot at the MDL Chengdu Major. All of the participants had to face hardships before the event, but managed to solve them.
ADVERTISING:
On Monday, organiser Beyond the Summit announced the groups on Twitter. The group stage will be played in best-of-threes. The two best teams advance to the playoffs, the bottom two teams are being eliminated.

The groups are set! The battle begins in just 3 days!
Who will be victorious at the #DotaSummit 11 minor? pic.twitter.com/OwQDMt4X72

Especially Geek Fam's is eagerly-awaited by their fans. The SEA team placed first at the Summit 11: SEA Qualifier as well as the Hamburg 2019: SEA Qualifier in a incredibly dominant way, but had to waive their participation at the ESL One Hamburg 2019 due to visa issues. For America, their visas seem to be set and they can finally enter the battle.

As Chaos Esports Club announced on Tuesday, Quincy Crew will play under their flag from now on. Since Quinn 'CCnC' Callahan was in hospital during the ESL One Hamburg, the Summit will be his first appearance at a LAN with Quincy Crew. Their first opponent is going to be HellRaisers. In the last minute, the CIS stack had to find a replacement for their support player Ilya 'AlohaDance' Korobkin. Their decision fell on the Ukrainian Krivulya 'Cema' Semion.

The other CIS squad jfshfh178 get another chance. After falling short in the qualifiers, they will now replace Virtus.pro who withdrew their participation. 178's first matchup will be against Ninjas in Pyjamas. NiP got kicked out by VP in the first round at the ESL One Hamburg. It is going to be exiciting to see if they can defeat VP's replacement.

Brazilian paiN Gaming had the last roster change. Their carry Adriano '4DR' Machado announced that he will not be able to play in Los Angeles. He will be replaced by fellow countryman Therence 'Therence' Coelho.

#DotaSummit 11, the first minor of the DPC season, is only 5 days away!
Are you ready? pic.twitter.com/xD0jJIQY0v

Who do you think is going to win Dota Summit 11 and take the last spot at the Major?