The Heroes of Hamburg 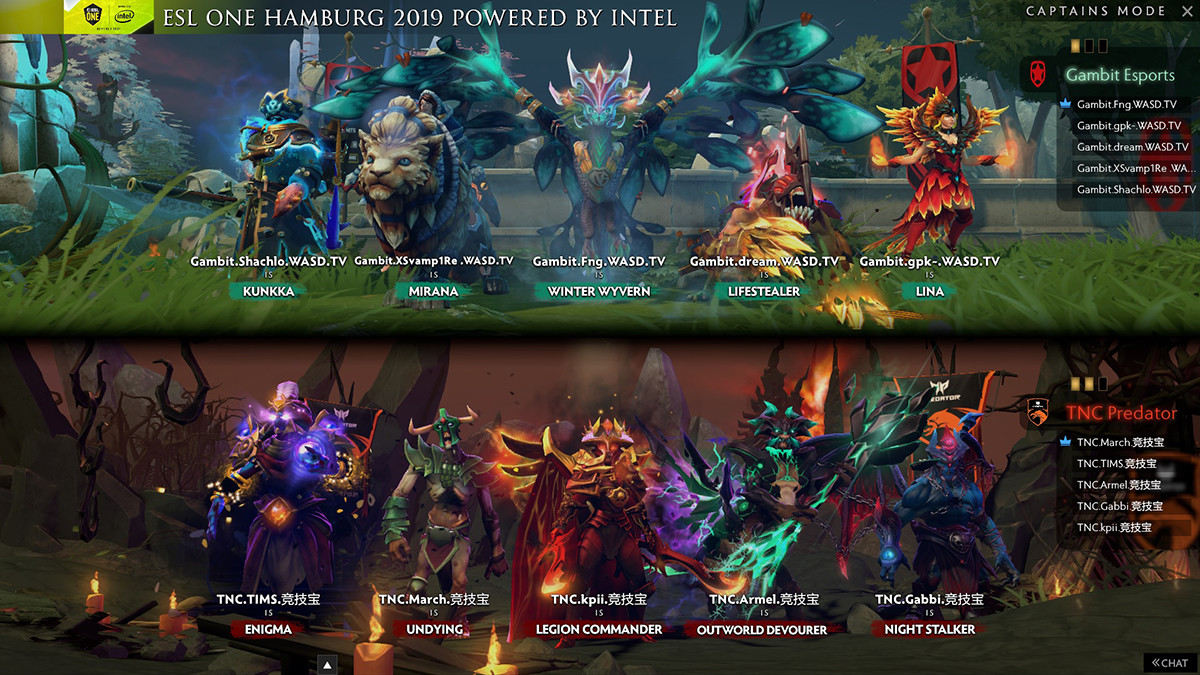 posted by Liightsdota,
Following the recent conclusion of ESL One Hamburg 2019, today we look back at the heroes who had the best showing at the event. Although the game has been in its 7.22h patch for some time and the metagame has largely been figured out, there were a number of interesting innovations that we saw at this event.
ADVERTISING:

The State of the Metagame

The 7.22h patch shares a lot of similarities with the meta that was present at this year’s The International 2019, with the exception of a few minor balance patches in between. Games have been largely 2-1-2 laning, with an emphasis on picking punishing offlanes that make life hard for your average carry player. In addition, teams have been grouping up relatively early and transitioning this laning stage advantage into a 5 man grouping that forces the end of laning, usually with the 5 or 10 minute catapult spawn. This emphasis on grouping and skirmishing has lead to the success of heroes with low cooldown spells that are always available, as well as healing to help sustain the early pushes.

One of the most tenacious heroes in this patch is none other than Admiral Kunkka, who remains at the top of both picks and bans despite multiple patches of consecutive nerfs. The character’s low cooldown X-Torrent combo allows the Kunkka team to force unfavourable fights when an opponent is even slightly out of position. Though X Marks the Spot received cooldown nerfs at low levels recently, if Kunkka’s team is winning the fight he can usually chase forward to secure additional bonus kills on fleeing opponents.

Kunkka has been having most of his success in the Mid lane, though teams have been experimenting with him in the offlane as well. The somewhat recent innovation of the Phaseboots, 2 Bracers, Radiance build remains a way of ensuring Kunkka’s damage and survivability in the midgame, along with an incredibly effective powerspike to go with all the early fighting.

The presence of increasingly dangerous offlane duos have pushed early game supports like Undying and Chen into the spotlight. With low cooldowns and incredibly potent 5 man potential, Undying seems like an obvious choice in a meta like this but it's his ability to secure the early laning phase that currently sets him apart. Scary Offlanes have forced many Safe Lane players into choosing increasingly active carries, though when you have an Undying to secure your lane it opens up some of the weaker laning farming cores.

Tae Won 'March' Park displayed the incredible sustain that Soul Rip can provide when fighting with lots of units around, other teams at the event struggled to fight into his well placed tombstones. March took home the MVP of the tournament and the fresh TNC Predator squad seemed to have the best handle on the metagame of all the teams at the event.

In a metagame filled with constant skirmishing, sustain becomes incredibly valuable, leading to the surge in popularity of Abaddon and Legion Commander in the offlane. At a tournament where Mirana was the most picked hero, the ability to remove her hefty Sacred Arrow stun proved very successful throughout the event. Abaddon seemed to be the more popular choice of the two and with his Curse of Avernus applying to buildings, he helped teams quickly take opposing structures.

Not left in the dark

After briefly holding the title of “most busted hero in Dota” during the reign of 7.22g, Night Stalker was hit with a barrage of nerfs that pushed him out of people’s minds as the hero was thought to be brought back under control. While he can no longer be jammed into the offlane firstpick every game for free wins, he appears to have found a home with a new build played out of the safelane. By rushing Aghanim’s scepter and BKB after Phase boots, safelane Night Stalker is able to hit a devastating timing prior to 20 minutes while opponents are still working on early game items. With his Agh’s turning Void into a spell that targets all opponents in 900 range (now dealing full damage in the daytime as well), Night Stalker rushed down many victims at Hamburg.

TNC Predator combined many of the heroes we discussed and played with high tempo to end quick and concise matches at this event. It is yet to see if they will have different tactics at the MDL Chengdu major. Soon after that the Outlanders Update drops and shakes up the metagame!

Do you think TNC will continue their aggressive run at the MDL Chengdu major?