SumaiL – the king on the bench. What are his options? 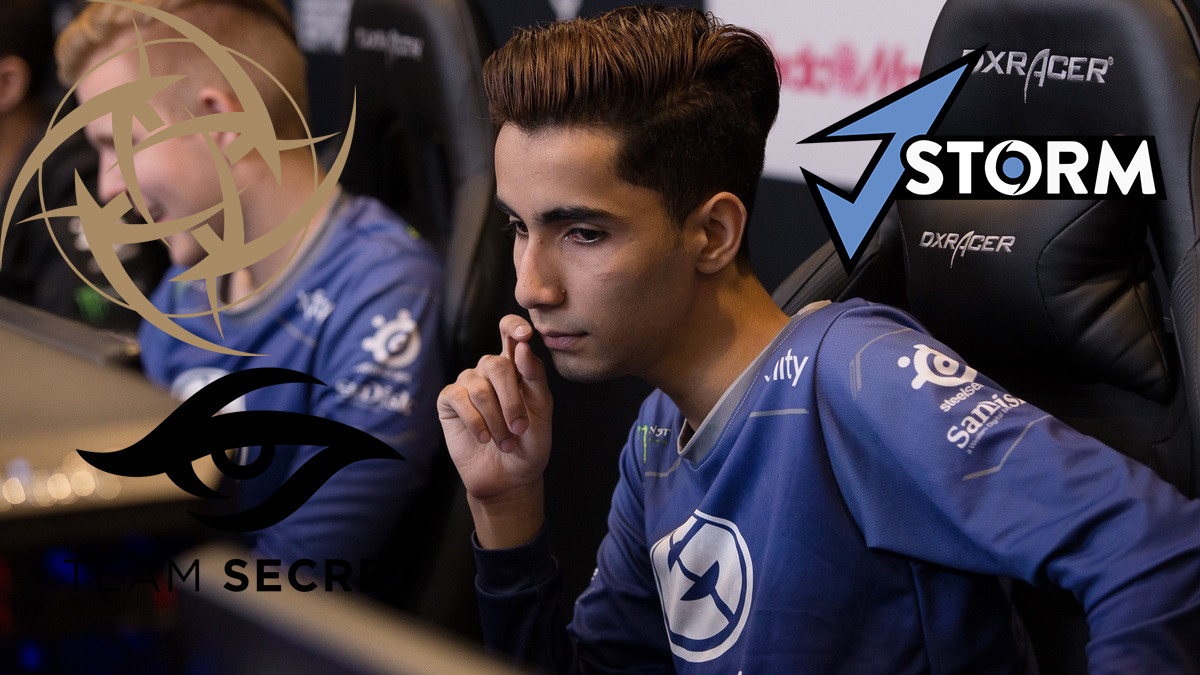 posted by Brasozial,
We had some weeks to get used to the fact that Sumail 'SumaiL' Syed Hassan isn't playing for Evil Geniuses anymore. His first stop hasn't been a success, though. What awaits him next?
ADVERTISING:
SumaiL joined Quincy Crew after The International 2019 to play finally alongside his brother Yawar 'YawaR' Hassan. But before the team even travelled to events, SumaiL already decided to leave the team again. Team manager KBBQ stated on Twitter team issues and other circumstances as reasons for the change of mind.

“Did you ever think you’d be coaching me sumail” - @SVGDota . Making the most of our situation until our coach arrives tomorrow. pic.twitter.com/5J7luE6bCO

Although he stepped in for his former team at ESL One Hamburg 2019, because Quinn 'CCnC' Callahan was moved to a hospital, the mid laner couldn't help them to reach the playoffs in the tournament.

Since that disappointing result SumaiL didn't comment on any rumours about new teams. However, it's quite safe that he won't make a move before the first round of the Dota Pro Circuit ends. So he still has some time up until November 24 to make the right choice. Here are three options for the upcoming DPC events.

1. Replace a player in a top team

The most obvious choice would be to join a top-level team. SumaiL has been one of the best players in the world – for more than four years already. The mid laner won high-class tournaments and even crowned himself as TI champion in 2015. He has a lot of experience and an insane level of skill – assets many teams are looking for.

The only problem: there aren't enough top teams that need a mid or offlaner right now. His best option would have been Kuro S. 'KuroKy' Takhasomi and his new team.

Omar 'w33haa' Aliwi is a top-class mid laner, but SumaiL alongside Amer 'Miracle-' Al-Barkawi could have been an option for Kuro to be considered. But the captain already confirmed in a tweet after ESL One Hamburg that the team will stay the same.

Two more world-class European teams haven't announce their new rosters yet: Team Secret and OG decided not to attend the first round of DPC events. Could SumaiL be an option for any of those teams?

Secret was the best team of the season, but wasn't able to keep the hopes of their fans high at TI9. Staying together would be the right move, but SumaiL could be an interesting option. Ludwig 'zai' Wåhlberg is the best offlaner in the world, replacing him seems to be impossible. Michał 'Nisha' Jankowski had an incredible first season with Secret and Yeik Nai 'MidOne' Zheng is very important for Secret in difficult games.

So, who should SumaiL replace? Rumours were spread after TI9 that MidOne was thinking about leaving Secret, so the best guess is: SumaiL could be a good replacement for MidOne. But would he be able to follow Clement 'Puppey' Ivanov's orders? The captain is known to be in complete control of the team, so SumaiL would have to subordinate himself to Puppey's rule.

OG, on the other hand, is the first team to ever win TI twice – and they did it even in a row! The OG squad is already legendary, nobody argues with that. If all players decide to go on playing, nobody will ever be replaced in this lineup – at least in the near future. But OG already had problems before with keeping the lineup together.

OG have a playstyle in which all players should be able to play different roles. SumaiL is not only a top-class mid laner, but also has experience on the offlane – and I'm pretty sure even a transition to the carry position wouldn't be a big problem for the gifted Dota 2 pro.

However, if both Secret and OG decide to go on playing with the same roster, SumaiL won't have many chances to end up in one of the top teams. A second option for him could be a tier 2 team, a stack that has had an organisation for quite some time and even competes in DPC events.

Examples for that would be Ninjas in Pyjamas, Team Liquid, J.Storm or even Fighting PandaS.

I think we can exclude the two European stacks mentioned: it's known that Peter 'ppd' Dager and SumaiL didn't end their EG time on good terms. Even if they're getting along better now, the chances of seeing them play together are quite low. Same goes for Liquid: the Nordic stack is lacking some good performances, but they'll probably stick together – at least for a few more attempts at tournaments.

SumaiL and Fear - the reunion of a family?

North American stacks are better for him anyways – I mean, he's still the best player of that region. Quincy Crew wasn't the right fit, but maybe he'll be better off with J.Storm or Fighting PandaS. I don't know if we really want to see him alongside Jacky 'EternaLEnVy' Mao, both players need a lot of farm. It would be the same situation he had with Artour 'Arteezy' Babaev. So I think J.Storm is the best shot.

Clinton 'Fear' Loomis captains the North American team and his history with SumaiL is well-known: both won TI5 together and have a good relationship – dad and son memes were a big thing in the early days of SumaiL's career. On top of that, Braxton 'Brax' Paulson and David 'Moo' Hull are also established NA players.

Leon 'nine' Kirilin is a talented mid laner from Germany and maybe at some point he could actually become a top-class player, but better than SumaiL?

The veteran has more experience, higher peaks, knows the team just as well and is still very young. It looks like J.Storm could be the right fit for SumaiL – and let's be honest we want to see him alongside Fear again, right?

If this wouldn't work out, he still has one more option: to build his own roster. Let's not forget: a lot of top teams right now started by creating new squads. Secret in first place, OG and even the old Team Liquid lineup were random stacks that caught success later on.

SumaiL could form a new team with free agents after his beliefs that supports him as top-class player. There are a lot of free agents on the market right now, that would be fingerlicking-good fits for his new stack: Zakari 'ZfreeK' Freedman, Marcus 'Ace' Hoelgaard, Danil 'Dendi' Ishutin, Rasmus 'MiSeRy' Fillipsen, Troels 'syndereN' Nielsen, Milan 'MiLAN' Kozomara and many more.

Shouldn't be difficult for him to form a new stack.

What is SumaiL's best option?