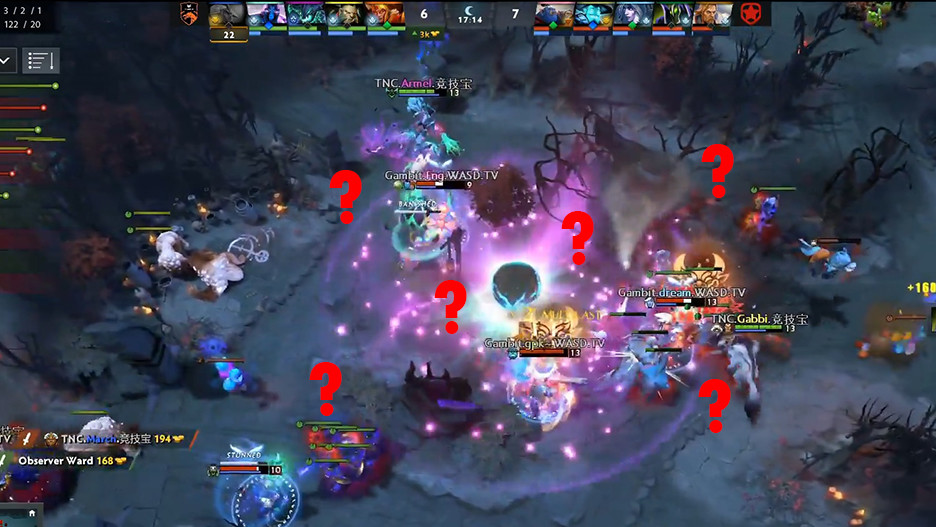 posted by NanaKrustofski,
As reported by TalkEsport, Dota 2 has its lowest average player count since January 2014. There are several reasons for the decrease, but the repelling new player experience is held responsible as well.
ADVERTISING:
Around 739,000 players actively played the game in October 2019. The number itself is not alarming though. It has to be considered that the player count declines each year after The International. However, one issue could also be the fact that the game does not attract as many new players as for example its competitor League of Legends.

This can also be blamed on the incredibly diffcult entry and underwhelming new player experience. Of course, different tutorials cannot solve every problem and magically attract millions of new players, but a lot of learners drop out because they feel overloaded. Too few but complicated explanations on how to actually play the game and getting placed into a player pool with way more experienced opponents can become frustating very quickly.

Fans have criticised the lack of a good introduction and better tutorials for years. The community partly tackled the problem themselves, giving beginners a platform to learn with projects such as the Learn Dota 2 League or DotaFromZero, where they could gather, play against other newbies and get help from more experienced players.

Apparently, Valve is currently reworking the new player experience. There is also a lot of input from the community which is also doing their part in creating ideas. We gathered some basic elements that could potentially help beginners to find their way into the realm of Dota 2.

A singeplayer campaign tutorial: StarCraft II is setting a good example when it comes to introducing new players into their realm. With small singleplayer missions, beginners learn everything step by step from mechanics to story. Each mission features different units and goals, can be repeated as many times as wanted and different levels of difficulties can be set. This would also be a great way to make more use of the incredibly deep and connected lore. A campaign could also be interesting for more experienced players.

Lessons for specific mechanics: under the Dota "Learn - Training" tab, there is currently an option called "The Last Hit Trainer". With four open slots, Valve is surely working on other trainings for single skills. Mechanics such as pulling, stacking or micro management could be beneficial as well to be presented and explained to new players. It is easier to read about game elements in advance, before hearing it in accusations from team mates in pub games.

Include videos: tutorials from the community and pros are one of the most useful ways to improve. Classics like Purge's "Welcome to Dota, you suck" usually get recommended to any new player who asks for help. By including them directly into the client, beginners would have easier access to helpful videos. An option to up- and downvote videos could ensure that only actually useful videos get displayed.

One possibility to reduce the amount of smurfs ruining games for learners would be a new match making mode. Those who have a low amount of hours played should be able to actively choose between searching for a normal game, or for a match with other new players. The games would not have any rewards or effects on MMR and should be designed in a way that has no appeal for smurfs to board them.

To make it easier for them to know what hero to pick, there could be a limited hero pool in such a mode. Additionaly, there could be an option to select to "stay together as a team" like in Overwatch. New players could more easily find team-mates and access to the community.

What do you think: what other possibilities does Valve have to make the game more beginner-friendly?