TNC crown themselves at ESL One Hamburg 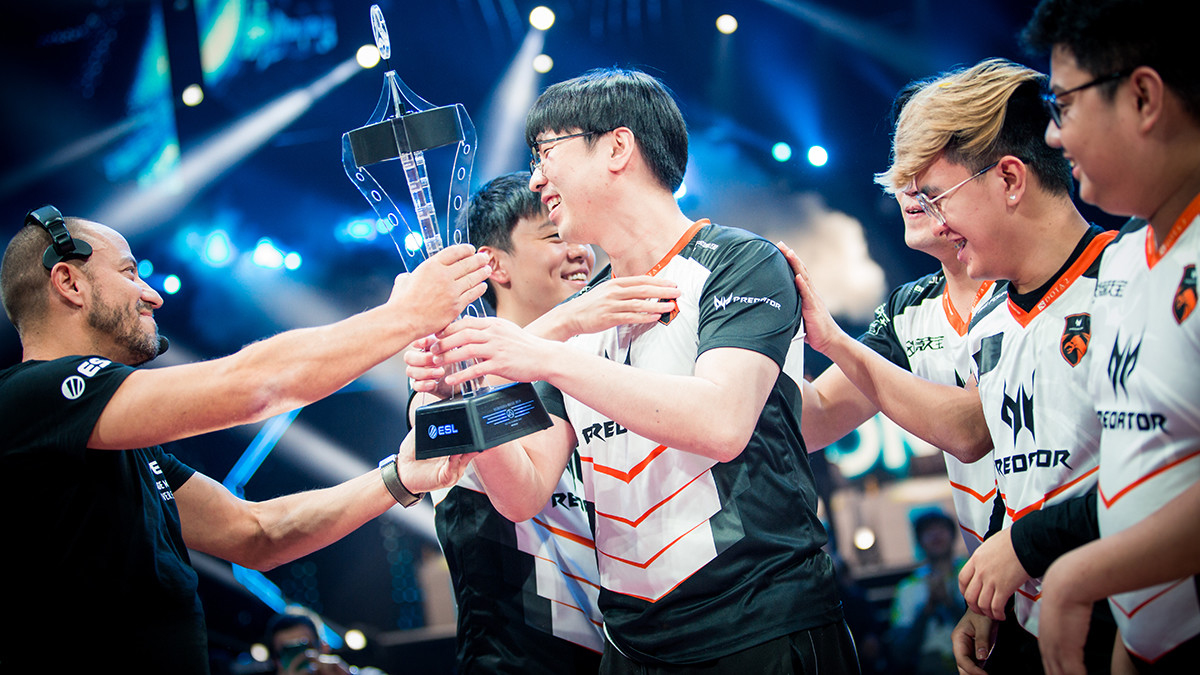 posted by SmittyW.,
TNC Predator marched almost uncontestedly through until the Grand Finals at the ESL One Hamburg 2019. Only then did they met an opponent who was able to challenge their dominance. Apart from that, the tournament came up with a few surprises.
ADVERTISING:

That's a wrap for #ESLOne Hamburg 2019, so what better way to finish off a fantastic tournament than with the #momentsthatdeliver by @DeutschePostDHL! pic.twitter.com/m6eteJMuEj

After being cast into the Lower Bracket by Gambit Esports, Vici Gaming went into their match against the Peruvians from beastcoast as favourites.

Despite winning the first map, they were not able to capitalize on this result and got 2-1'ed in the end. Especially Jean Pierre 'Chris Luck' Gonzales turned out to be too much of an obstacle for the Chinese power house, eliminating them surprisingly.

Gambit, the new force from CIS

The Peruvians fought in their next match against Alliance valiantly, but conceded a 2-1 loss. The DreamLeague Season 12 champions were too strong. Nikolay 'Nikobaby' Nikolov played again fantastic games and proved why he is one of the players to watch this season.

GGs @theAllianceGG! We end our #ESLOneHamburg run at 4th. We hope you enjoyed watching us & thank you for the support.

We'll regroup and come back stronger for the MDL Chengdu Major....See you there! 😏 #makewaves 🌊

In the Lower Bracket finals, the Swedish organisation played against Gambit. The squad around Artem 'fng' Barshack turned out to be one of the surprises in Hamburg and could only be stopped by TNC Predator in the Upper Bracket. Adrian 'Fata' Trinks and his team-mates won game one, but Gambit kept their cool.

In both game 2 and 3, Gambit went for the same team compositions featuring Ember Spirit on Danil 'gpk' Skutin and Faceless Void on Kyal 'dream'-' Tayirov. While Alliance didn't have an answer to Gambits heroes in game 2, the third game was an exciting 1-hour onslaught, which the East Europeans won by the skin of their teeth.

TNC are vulnerable – in theory

After the weak performances of both Virtus.pro and Natus Vincere recently, Gambit are a beacon of light for the CIS scene. With TNC they faced their endboss a second time in Hamburg after losing 2-0 before.

However, this time Gambit played much stronger games, demanding everything from the Filipino squad. In the course of five games, both stacks traded wins and losses making for the most intense series of the tournament. Both teams mastered the art of turning an early game advantage into a landslide victory. Each game was strongly in favour of one of the two teams.

The general takeaway from that: if you let Armel Paul 'Armel' Tabios, Kyal 'dream'-' Tayirov, and Danil 'gpk' Skutin farm too much, you will be punished hard.

In the end, TNC prevailed over Gambit earning the trophy as well as a $125,000 prize money deservedly. With this performance they go as favourites in to the upcoming MDL Chengdu Major in November. The addition of both Damien 'kpii' Chok and Tae Won 'March' Park seem to have turned the Filipino organisation into on of this season's top contenders.