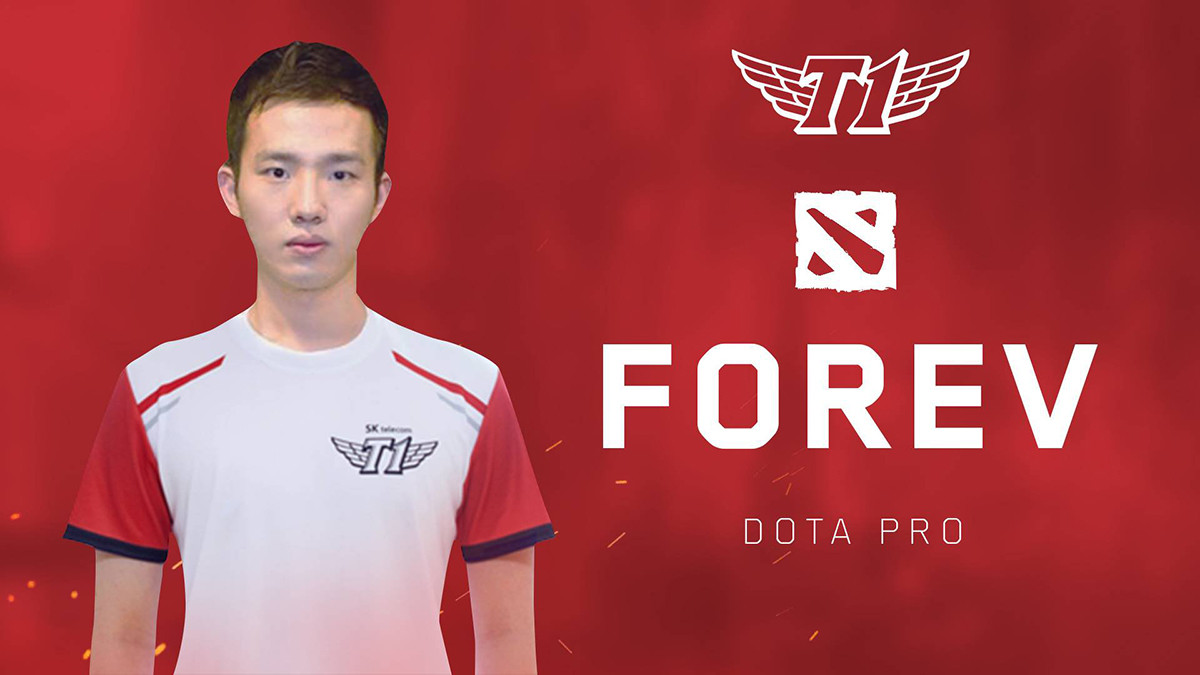 posted by NanaKrustofski,
In late August, the most successful LoL organisation in the world, T1, announced to launch their own Dota roster featuring Korean veteran Sang-Don 'FoREv' Lee. Now, they have revealed the other players on their roster – at least for a tournment they are going to play against other Asian stacks.
ADVERTISING:
The team will make its debut at the VKGAME Battle Of Dawn, which takes place October 11-18. They received an invite for the group stage that leads to the double elimination playoffs. Now the Korean esports powerhouse officially announced their complete roster, featuring two newcomers and well-known pros from the country.

The first addition to the new team was Sang-Don 'FoREv' Lee, whose signing was already announced in late August – while The International 2019 was still going on.

The offlaner started his career playing for the South Korean organisation MVP for three years. Afterwards, he continued his journey in several teams, never able to find the right fit and leaving again quickly. Last, he played for Team Jinesbrus, along with James 'XemistrY' Lee who joins SK's new roster as well.

Forev's former team-mate Pyo 'MP' Noa will take over the carry role for the stack. The duo reached the 6th place at The International 2016 and then entered the European scene on Team Secret. MP then went through a few other teams, with his most recent organisation being Fnatic

snow and Ha 'Grace' Tae-eun complete the roster as supports. Grace was on MVP in 2017 for the Mr. Cat Invitational Season 2, but the team only placed 8th. Snow played for the Australian-South Korean Team Oracle at the The International 2019 Southeast Asia Open Qualifier, but got eliminated early on.

SK Telecom T1 is regarded as the most successful team in the entire history of League of Legends. Their most prominent player Sang-hyeok 'Faker' Lee is the figurehead of the game's scene and is considered one of the most famous personalities in esports. T1 claimed three World Championship titles in LoL, winning two of them even back to back.

Can SK T1 tie up to their success in League of Legends?