SumaiL – from Dota's greatest talent to a true superstar 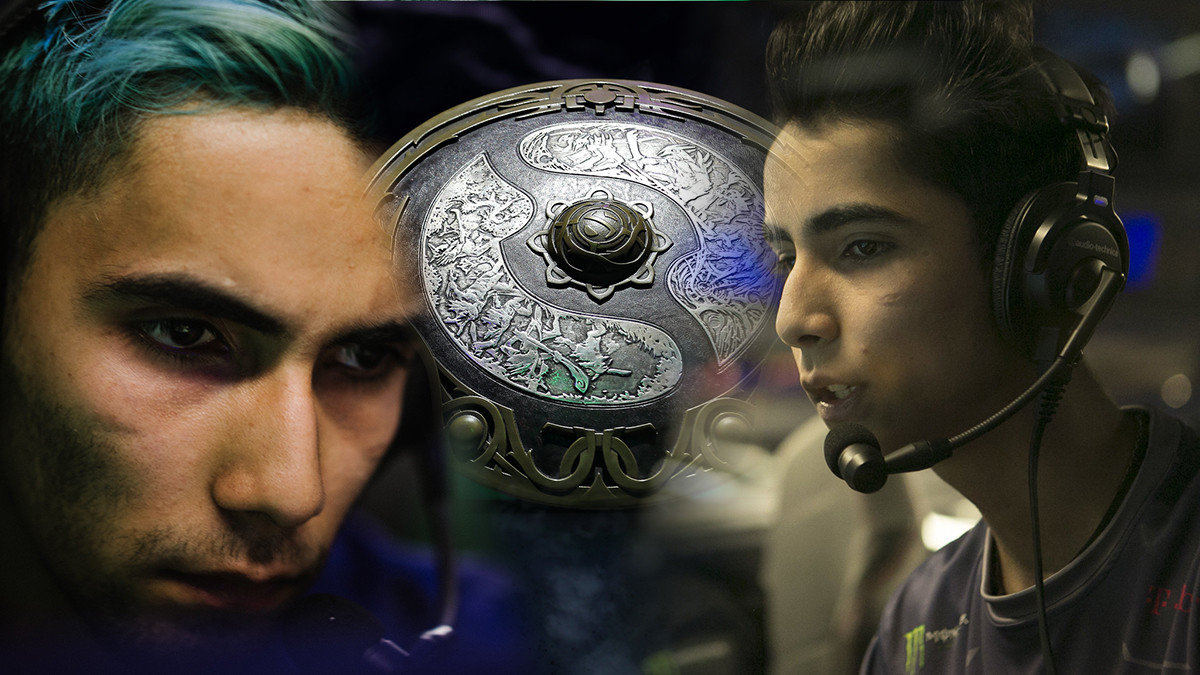 posted by Smyke,
Sumail 'SumaiL' Syed Hassan is a true North American legend. For more than four and a half years, he embodied Evil Geniuses more than any other player, but this is over – and we look back at a magical time.
ADVERTISING:
Four years ago, back at The International 2015, SumaiL proved that he's one of the best Dota 2 players ever. A lot of time has passed, veterans retired and new stars were born, but SumaiL is still here defending his crown.

If you look at his achievements and success over the last years, you might think the mid laner is one of the older players, not the new generation, but he's still 20 years old. Just for comparison: the new generation of the last two years, represented by the likes of Michał 'Nisha' Jankowski and Anathan 'ana' Pham is just one year younger than SumaiL.

When EG's mid laner won TI in 2015 he was 16 years and 176 days old – which still makes him the youngest esports player to become a millionaire.

I didn't find any infos on @nyhrox actual birthday.

His record is still untouched, no player came even close to winning TI at his age. By the way, the average age of winning TI is around 20 years. This means SumaiL is getting closer to the age where other players peak and win their first TI. After more than four years of waiting he has still time to earn another world championship.

Just to be clear: SumaiL wasn't the only talented youngster at TI5. A lot of teams back then decided to exchange veterans for fresh players. Artour 'Arteezy' Babaev, Yao 'Somnus' Lu, Sun 'Agressif' Zheng – all of them were considered prodigies of a new generation, but SumaiL beats them in all matters. Each of them is at least more than three years older than the Pakistani star.

When talking about achievements, we can't just look at TI5, because his career started before that, since joining EG already in January 2015. He was the protege of EG's oldie Clinton 'Fear' Loomis and didn't have to wait long for his first success: they won Dota 2 Asia Championships 2015 and when SumaiL was just 15 years and 361 days old setting his first record.

EG in general had a great line-up, because Fear was still in great shape. Saahil 'Universe' Arora was the best offlaner the world had seen by then and Peter 'ppd' Dager proved his skills as a world-class drafter.

And still, when we think back to DAC 2015 two heroes come to mind: Storm Spirit and Shadow Fiend – both were played by SumaiL. The supertalent introduced his Euls on Shadow Fiend which was so strong that it quickly became part of the tournament meta. ppd realized immediately that he should focus in his draft on SumaiL – and it worked out perfectly, as we know.

EG still ended up in the Lower Bracket after a loss against Vici Gaming surrounding Dominik 'Black^' Reitmeier and Daryl Koh 'iceiceice' Pei Xiang. They beat Team Secret with Kuro S. 'KuroKy' Takhasomi and Clement 'Puppey' Ivanov in the decider match and forced a rematch against VG.

EG made it into the Grand Finals, leading 2-0 and needed just one more win. ppd drafted Storm Spirit for SumaiL, but the early game was a disaster. The youngster died three times before the three minute mark. VG fans were ready for VG's comeback in the series.

However, this was the moment when SumaiL proved that he's not just a talent, but probably the best mid laner in existence. He turned that game single handedly and finished on 17 kills to seven deaths.

He had the biggest networth, most last hits, by far the most kills, highest GPM and XPM – a MVP performance that gave him an incredible reputation both in the West and China. From that point on, he was considered to be one of the best Storm Spirit players in the world. This was the moment he built his legacy.

Still waiting for another great victory in a Valve tournament

2015 was the perfect start of his career. He proved right away that he's not just a talented player, but actually a game and championship winner. For experts it was just a matter of time until SumaiL would win another Aegis or important trophy, but for more than four years SumaiL is on his own Odyssey.

In the era of Majors and Minors he won just a single event that was sponsored by Valve and that was just the GESC Indonesia Minor. A huge disappointment for him and his fans.

It's not like SumaiL didn't win enough tournaments. In fact, he actually had great success and won tournaments like DOTA Summit 9 or The Manila Masters. Even his TI record is quite impressive: he finished in third place 2016 and 2018. Let's put it this way: there aren't many players who had that much success in Dota's most important championship.

While I know @EvilGeniuses hoped for better than top 6, I’ll say this (and the #’s back it up):

Not since the original DAC and TI5 have I seen @SumaaaaiL look this individually dominant relative to any other midlaner. Scary to think his best Dota could still be ahead. #TI9

Especially this year's edition of TI was proof for SumaiL's incredible skill. Although his team only finished in 5-6th place he was in the Top 6 of kills, but this is not enough for the self-crowned king. SumaiL was the youngest player to win TI and missed his chance to be the first to win it twice.

It was a wild ride for almost 5 years on @EvilGeniuses. The team I started my career and was planning to end it on. Unfortunately, it was not meant to be. Goodluck to EG, and yeah, LOVE YOU ALL for mad support. I'm not taking a break/retiring that goes without, doesn't it?

SumaiL is a world-class player who won't give up aiming for another Aegis and after more than four years he decided to leave his first organisation. He was the face of EG for a long time and will represent another organisation soon. Whatever team-mates he'll have and whatever jersey he'll be wearing – his team will be a contender for the next season, just because they have SumaiL in their lines.

What do you think: who'll join SumaiL for the next DPC season?