SumaiL, Matu and co.: the hottest free agents in the Dota scene 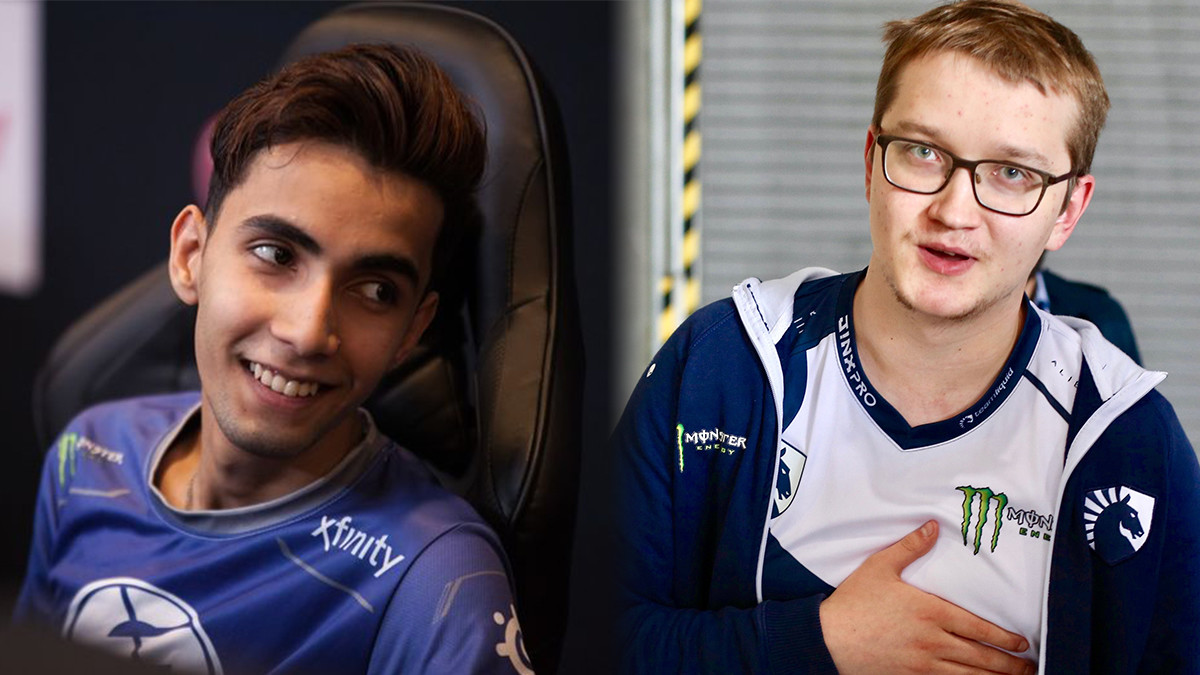 posted by SmittyW.,
This Post-TI Roster Shuffle is one of the most exciting ones we've had in a while. While the departure of the current Team Liquid line-up from the organisation left the scene in shock, we aren't quite done yet. Here are the most interesting players without a team right now.
ADVERTISING:
Lately, Team Liquid became increasingly good at making the most shocking roster changes – which is also due to the stability of the squad in the past. While Kuro S. 'KuroKy' Takhasomi and the rest decided to found their own organisation, there are still others in the scene whose future plans haven't been revleaed yet.

We've compiled some of the hottest free agents right now who would make a fine addition to almost any team they cared to join.

For almost five years, Sumail 'SumaiL' Syed Hassan played for Evil Geniuses. His departure was rumoured for some time before he actually left the team, so this move didn't surprise the scene's experts. However, we don't know were the TI5 winner is headed yet. It is true that he is still under contract at EG, but the organisation also revealed that he is "open to transfer talks".

It was a wild ride for almost 5 years on @EvilGeniuses. The team I started my career and was planning to end it on. Unfortunately, it was not meant to be. Goodluck to EG, and yeah, LOVE YOU ALL for mad support. I'm not taking a break/retiring that goes without, doesn't it?

One option could be to join Liquid. The organisation stated their intentions to remain part of the Dota scene and probe for teams and players to join them. The star player could forge a new Team Liquid that is able to take on the best teams in the world – in fact so good that even Sebastien 'Ceb' Debs (jokingly) teasered SumaiL's membership in OG

After leaving Team Liquid, Lasse 'Matumbaman' Urpalainen joined Chaos Esports Club and qualified for TI9 for a second time in just one single season. The Finnish player and TI7 winner is, just like SumaiL, one of the absolute best on his position.

In the aftermath of TI9, however, Matu decided to take a break from competitive Dota until later this season. He didn't explicitly state that he will not play for Chaos in the future, but considering that at least Maurice 'KheZu' Gutmann already took his leave, we may expect a transfer.

Matu could rejoin Liquid with a new roster. This would be even more amazing if he did so with SumaiL. Another option would be returning to Kuro and the others if they are not happy with Omar 'w33haa' Aliwi. This is, however, far less likely considering how well w33 performed at EPI and TI9.

Unlike SumaiL, Gustav 's4' Magnusson has become a free agent right away which makes him probably more easily accessible than his former team-mate. s4 is regarded as one of the best position 3 players to ever touch the game. As such, it will be just a matter of time when the Swede finds a new home.

While Virtus.pro are looking for new position 1 and 3 players, Team Liquid would be the better fit for s4 as the language barrier might be an issue.

compLexity Gaming just released their entire squad three weeks ago. Among those players being released from the organisation is Zakari 'ZfreeK' Freedman. The position 4 player might not be one of the most obvious top choices but he played for four years on his last team.

He is willing to move anywhere to fulfill his ambitions in Dota 2. That makes him also attractive to the European scene. Zfreek is not nearly as an accomplished player as Matu, s4 or SumaiL, but he is a really able support an could finally shine in a high tier team.

Keen Gaming was by far the weakest home team at TI9. Therefore, it was little surprising that the team fell apart after the world championship. Hu 'Kaka' Liangzhi is among those leaving the team. The support is one of the most accomplished players in China with two ESL One championships and multiple TI participations under his belt.

The German veteran made it into TI9 with Matu and Chaos E.C. but dropped out immediately. Shortly after that he announced that he and Chaos parted ways. The 24-year old is currently looking for a team which puts him in charge. Although claiming to be better at position 3, KheZu wants to captain a team from position 5 instead.

I'm ready to commit to the new season as a pos 5 + captain if the right opportunity arises. I'll make sure to play for the best team I possibly can, doesn't matter what region. (3 is obv. my best role) but I can adjust and it's prob easier to call from pos5 which is my strength.

Captaining a team wouldn't have been possible at Chaos with Rasmus 'MiSeRy' Fillipsen being the team-leader. It will be interesting to see which organisation will sign KheZu and which impact he will be able to make on his team.

Players who are no free agents (yet)

As always in the Post-TI phase, we hear a lot of rumours. Some of them turn out to be true, most are just that: rumours. However, some teams are down to only two or three players which puts their whole existence into question. Ninjas in Pyjamas' Martin 'Saksa' Sazdov for example is taking a break, but announces to come back soon.

Rumour has it that the continuation of the current NiP roster isn't certain. The bad result at TI9 was a disappointment for the organisation and their fans. Also team captain Peter 'ppd' Dager made a cryptic statement, shortly after their elimination from the tournament on Twitter:

Sorry if this was misleading... I am still on NiP.

Although mending his statement, saying that he stays with NiP, the previous tweet led people to believe that it is only a matter of time when ppd is going to leave the Swedish organisation.

With Matu on a break and KheZu gone, the future of Chaos E.C. is also rather shaky. Will the remaining players Misery, Cheng 'vtFaded' Jia Hao and Milan 'MiLAN' Kozomara stay on the team?

vtFaded has been named one of the most promising up-and-coming players this season. If Chaos aren't able to find players good enough to fill the critical gaps on the team, it will be extremely hard to hold on to a player of such a calibre.

Last but not least, we want to mention Virtus.pro. After the departure of both Pavel '9pasha' Khvastunov and Roman 'RAMZEs' Kushnarev, the roster is down to three players.

While 9pasha's replacement is difficult enough, the loss of Ramzes, one of the best carries ever to tough the game will be near impossible. Yet, Virtus.pro will surely scout for new addition to their line-up – the organisation has too much of a history in Dota 2 to drop the entire department.


Which free agents should the teams look out for in your opinion?