They did it! OG make it to the Grand Finals back to back 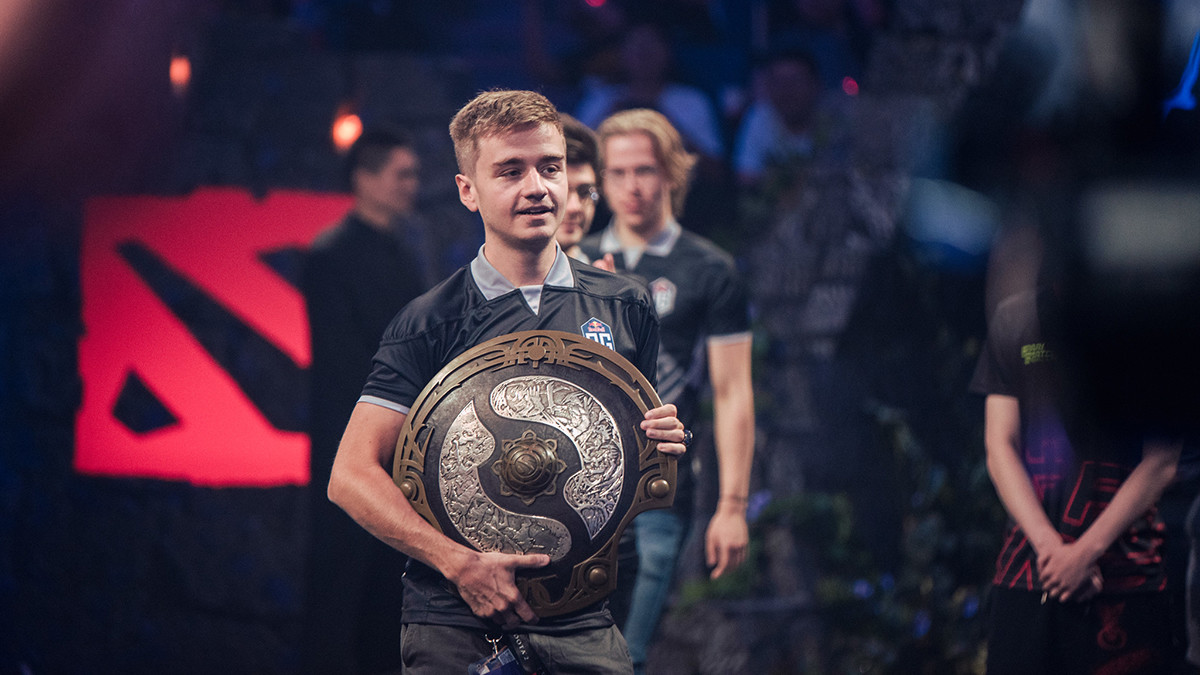 posted by SmittyW.,
Penultimate day at The International 2019: as one team after another had to leave the tournament, we were down to five teams. Team Secret played Vici Gaming for the second spot in the Lower Bracket semi-finals. Meanwhile PSG.LGD and OG reenacted the Upper Bracket finals of TI8.

There where probably no teams that were as dominant in the DPC season 2018/19 as Team Secret and Vici Gaming. Both outfits won two Majors each earning their spots at TI9 early on. Therefore, it was quite remarkable that the organisations would drop down to the Lower Bracket and meet there instead of the Grand Finals.

Considering their dominance, we expected this to be a close series but we got was a massacre: Secret simply crushed the home side and made it look easy.

At no point, Secret's rule over the two games was contested. The team surrounding Clement 'Puppey' Ivanov got the better farm and engagements early on, facing a really disappointing VG. Michał 'Nisha' Jankowski pulled off an Anathan 'ana' Pham move, playing Io like a carry. Could you style more on your enemies?

Vici Gaming just didn't find any answers to Secret's play looking very much overwhelmed. Might their nerves played a role here? This is hardly believable as VG are an accomplished squad with much offline experience. However, the European stack closed out both maps after roughly more than 20 minutes.

The next match-up would deliver what we already expected from the series before. OG and LGD fought a no-holds-barred battle against each other over the full distance of three maps. In game one, both teams exchanged blows with neither side getting the better of the other.

Both Anathan 'ana' Pham's Faceless Void and Wang Chun 'Ame' Yu's Ember Spirit played a fantastic match, and scenes such as the following were just a joy to watch.

Only after half an hour were LGD able to get the upper hand after a great teamfight. They kept on the pressure and their composition turned out to be the better one to initate fights. The Ravages of Yang 'Chalice' Shenyi's Tidehunter were on point and made for excellent fight openings. OG couldn't take out LGD's crucial players and eventually conceded the 0-1.

At first it looked like LGD were utilising their momentum in game two. They had a small lead early on and killed some of OG's heroes. Their advantage was nullified when ana's Alchemist came into play. The carry beat his enemies into oblivion and suddenly, the momentum was on OG's side.

ana and Topias 'Topson' Taavitsainen, who played on Tiny, had a flawless game, leading with 7 and 8 kills respectively. After only 22 minutes they ended the game tying the series 1-1.

In game three, ana played again on Alchemist, becoming the strongest hero in by midgame again. This time, however, LGD didn't get outplayed as easily and managed to get ana and his team under control. After 20 minutes, the Chinese were up 17-7 but they had only a gold lead of around 1k. The game wasn't over. OG managed to take a great fight after taking Rosh, punishing LGD's attempt to challenge.

OG pushed the mid and top lane hard but LGD were able to defend their base, disabling Alchemist who was starting to snowball once again. After this frantic phase, both teams slowed a little bit down: any mistake could lead to an unnessecary loss.

After some time, OG managed to find the better engagements however, forcing buybacks and putting LGD in a defensive position once again. This time, they were able to raze all the remaining barracks, however, and strike the killing blow: OG made it to the finals for the second consecutive time. OG's TI8 championship being a fluke has been dismantled as a myth.


Are OG going to defend their title?