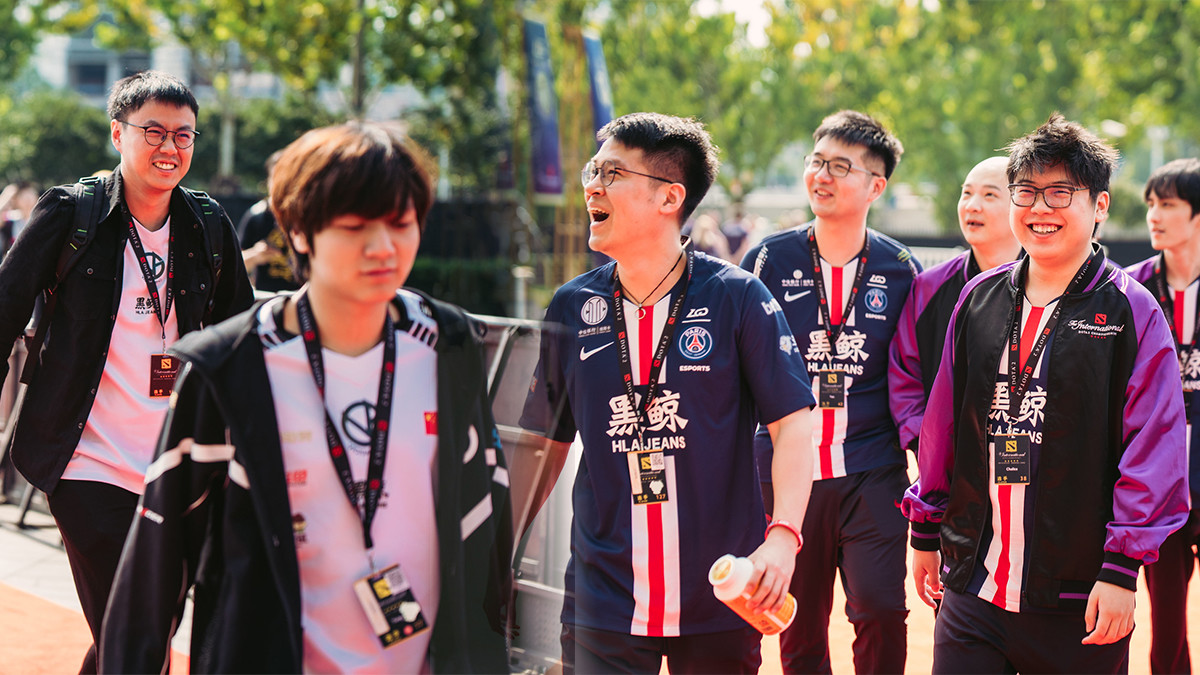 posted by SmittyW.,
After one day off, we are finally back with the playoffs at The International 2019. The first two matches in the Upper Bracket did not disappoint: PSG.LGD vs Virtus.pro and TNC Predator vs Vici Gaming initiated the crucial phase of TI9.
ADVERTISING:


The Aegis is now in the arena, brought in by defending world champion Johan 'BigDaddyN0tail' Sundstein and his team. This symbolic gesture meant only one thing: the trophy is once again ready to be taken by the sqaud that deserves it the most.

Right after that, the first games of the Upper Bracket started with two really intense match-ups that drove casters, audience and people on the internet completely nuts.

The first match of the playoffs reminded one of The International 2018. Both teams met in the Upper Bracket one year ago, too, where LGD had the upper hand in the end. Also this time the Chinese powerhouse would emerge victorious after two games against VP. LGD would take control over the games early on, and stick to their very important strategy: don't let Roman 'RAMZES666' Kushnarev do what he does best.

LGD''s game plan worked so well that Ramzes wasn't able to get too much farm on his Morphling in game one. Meanwhile, Wang Chun 'Ame' Yu's Sven accumulated almost twice as much networth. LGD didn't lose a major team fight and wrestle down their opponents after 45 minutes.

In the second game, VP began to show nerves in the crucial moments and really didn't find their way into the game at all. Ramzes was even more ineffective here, and LGD played out their strengths once more. Xu 'Fy' Linsen's Mirana and Yang 'Chalice' Shenyi's Tidehunter gave Ame, this time on Phantom Assassin, excellent support, and eliminated enemy after enemy. After less than 43 minutes, the game was over, LGD advanced, and VP dropped to the Lower Bracket.

The second series of the day featured probably the most dangerous Chinese team and favourite, Vici Gaming, and the dark horse TNC Predator. The match-up did not disappoint and delivered an epic battle between the two Asian squads. Already the first game was a blast. It went on for for almost 77 minutes, featuring 86 kills overall and numerous comebacks and turnarounds.

With a 18/7/16 score, Armel Paul 'Armel' Tabios's Queen of Pain was the most crucial hero, together with Nico 'Eyyou' Barcelon's Ancient Apparition that got 34 assits to its name. On VG's side, both Zhang 'Paparazi' Chengjun and Zeng 'Ori' Jiaoyang were the top scorers with 11 kills each.

In the end, TNC prevailed after winning a last decisive team fight – and staged an upset against one of the absolute favourites of the tournament. The second game would continue the onslaught. Both teams showed magnificent Dota, playing out of their minds. This game, too, went on for more than one hour with neither side finishing the game. Kim Villafuerte 'Gabbi' Santos's Bristleback proved to be a nuisance to Vici Gaming. The Chinese displayed extremely good teamplay, however, which gave them an advantage over the whole duration of the game.

The initiations of Zhou 'Yang' Haiyang's Tidehundter and his co-players were an effective antidote to TNC's play and allowed to Paprazi's Lifestealer to wreak havoc. VG overpowered the Filipino squad eventually, tying the series 1-1. The decision had to be made in game three.

As if fueled by their previous victory, Vici Gaming stepped up their game and disrupted their opponents early on. Although Armel's Broodmother was able to farm a considerable amount, TNC couldn't find the right angles to engage. VG denied any attempt and began picking up heroes left and right. In the opposite to the first two games, the Chinese home team made it look easy this time and closed out the series 2-1.

While Virtus.pro and TNC Predator now wait for their next opponents in the Lower Bracket, PSG.LGD and VG are going to engage in a Chinese derby in the semi-finals of the Upper Bracket. No matter who wins the duel, at least a top-3 finish of a team from the hosting country is guaranteed.


How did you like the first two series of the playoffs?