Secret unstoppable on Day One 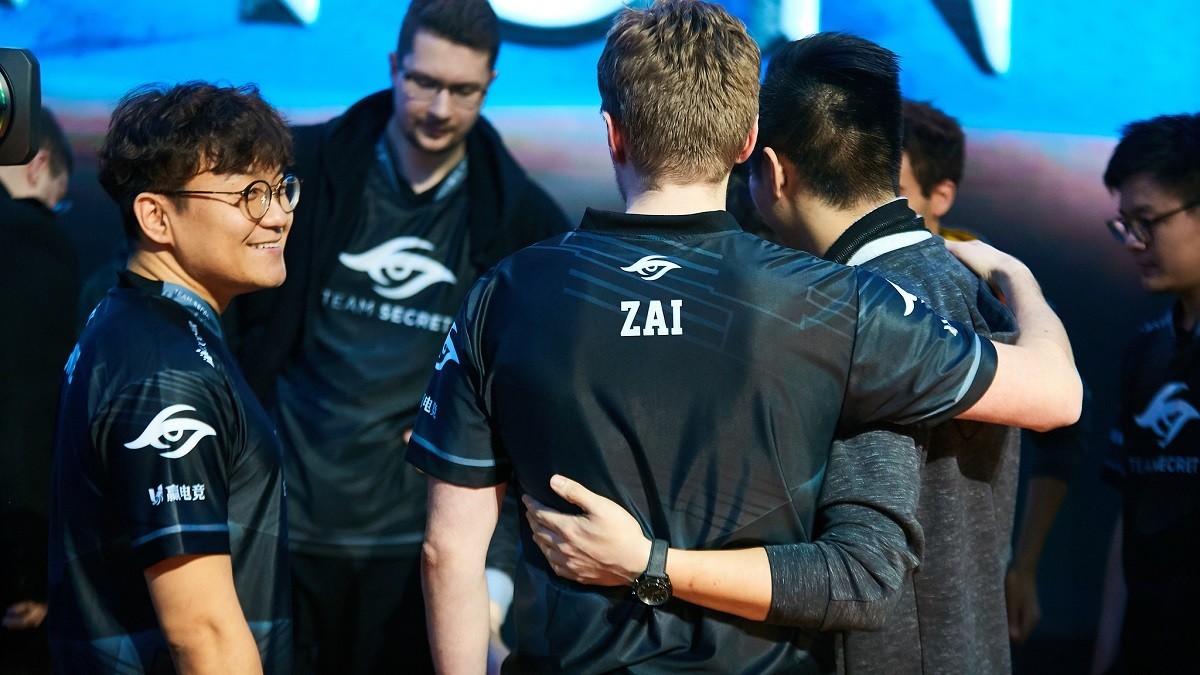 posted by SmittyW.,
Day One of The International 2019 is over and we've seen some really intense games already. Favourite Team Secret had a rough start but maintained a flawless winning streak. Also two Chinese teams managed to secure top positions.
ADVERTISING:

After a difficult match against Alliance, Secret took on Newbee. The Americans already beat Team Liquid to our surprise and they didn't slow down in their match against the tournament favourite. In both games, Newbee turned out to be a nuisance to Clement 'Puppey' Ivanov and his team-mates. However, both times Secret fought back and eventually took the games. Still, Newbee's performance was nothing short of impressive and it's going to be really exciting to see how far they can go.

Team Secret prevailed also against Team Liquid. Interestingly enough, Liquid didn't pose as much of a problem as Newbee – Secret ended both games of the series in under 30 minutes. With three series won, Secret currently leads Group A with 6 points.

Team Secret's dominance in Group A isn't much of a secret to be honest. However, both Liquid's and Chaos Esports Club's poor results after Day One are somewhat surprising. Especially Team Liquid haven't lived up to the high expectations people have had in them before TI9 started. The only victory Liquid could secure was against their former midlaner and his new team. Meanwhile Lasse 'Matumbaman' Urpalainen and his team-mates lost almost every match, except for a tie with Alliance.

Alliance was unlucky enough to face Secret right in the first round. They did really well against the best team this DPC season, but couldn't turn this performance into points. Keen Gaming was able to redeem themselves in their last game of the day. Before that, they conceded losses to TNC Predator and PSG.LGD. In their third game, the Chinese squad defeated Mineski. The SEA team surprised in their debut game, overwhelming TNC Predator who are considered one of the strongest team in Group A.

The last match of the day between TNC Predator and LGD which turned out as another tie. With this outcome, the French-Chinese collaboration secured a second place in Group A, and TNC as well as Mineski placing third.

In Group B, Vici Gaming came out on top. The Chinese powerhouse that won two Majors this season beat Fnatic in their second match and lead the group with a 2-0 score. The second place is shared by OG and Virtus.pro. OG dominated Infamous, beating them in the shortest game yet in 19 minutes and 39 seconds. VP slipped against Royal Never Give Up and had to accept a 1-1 tie after two games.

Also Evil Geniuses and Natus Vincere tied their series. This result is especially bad for EG, as they lost their first game to Fnatic already and can use any point they can get. For Na'Vi, this result wasn't too bad. After all, the Russian fan favourite go as underdogs into TI9 and can be happy putting up such a fight against one of the supposedly best teams in the tournament.

Both Ninjas in Pyjamas and Infamous haven't earned any points yet, but have played only one series. There is more Dota 2 action to come tomorrow. Day Two is going to kick off with an epic battle of VG against VP. Other interesting matches include EG vs VG, Team Liquid vs PSG.LGD, VP vs Na'Vi and OG vs NiP.


What do you think after Day One at TI9? Which of your predictions have become true?