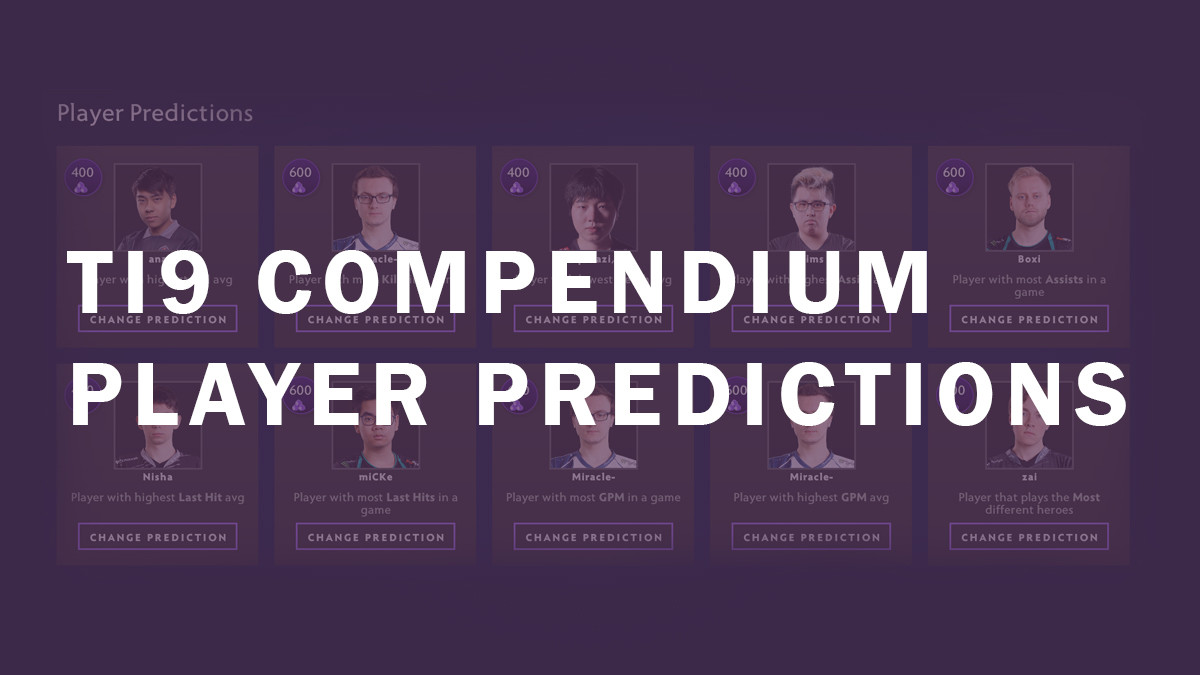 posted by EskayDota,
We take a look at the statistics from 7.22 and Epicenter to help guide your prediction choices.
ADVERTISING:
Player with the highest Kill average

Although a slightly lesser picked player for this category, we’ve gone with none other than OG’s Anathan 'ana' Pham. Once again, OG come into TI as underdogs but obviously should not be underestimated. Ana’s ability to carry was a huge part of the magic that helped OG win TI8. At Epicenter, Ana had the highest Kill average by a distance, with players like Roman 'RAMZES666' Kushnarev and Amer 'Miracle-' Al-Barkawi over 2 kills on average below than the Australian superstar.

Player with the most Kills in a game

Miracle often boasts the highest kills at tournaments when Liquid make it far. The category is between Miracle or Zhang 'Paparazi' Chengjun, who also boasts a large number of stand-out performances from Epicenter, but we’ve gone with Miracle who was statistically the deadlier man for the job. Paparazi is our alternative choice.

Player with the lowest Death average

Paparazi rarely dies. When he plays well, he plays exceptionally well. There were a number of games at Epicenter where he amassed over 15 kills and died 2 times or less. Most other players that reached that number of kills had died either 2 or more times by the end of the game.

Player with the highest Assist average

The heroes with the highest assists are often position four heroes or Zeus. Since Zeus isn’t likely to be picked enough times to make an impact on this category, it makes sense that a position four player takes this one. Timothy 'Tims' Randrup from TNC Predator takes the cake on this category, having the stand-out most assists at Epicenter. Additionally, his hero pool looks quite similar to the heroes who got the most assists at the last Major. Playing heroes like Earth Spirit, Nyx, Earthshaker wins him this category.

Player with most Assists in a game

Tims was one option for this category, but is actually our alternative choice. Samuel 'Boxi' Svahn takes this one; able to carry the game from the offlane, Boxi’s plays are sometimes straight ridiculous. His Mars and Centaur has become a staple of Alliance winning games. Alliance as a team are no strangers to having their games go the distance – and with longer games generally comes a higher kill count. Playing tanky heroes and surviving fights, Boxi is our number one choice for this prediction.

We now venture into the realm of carries for the next few predictions. The likes of Michał 'Nisha' Jankowski, Artour 'Arteezy' Babaev, Sumail 'SumaiL' Syed Hassan, Ramzes and Miracle- are all viable choices. We’ve picked Nisha for this category on the basis that regardless of the heroes he plays, he always manages to find more farm than his enemy counterpart. Additionally, he’s no stranger to farm heavy heroes like Terrorblade or Naga Siren and plays them to a T.

Player with the most Last Hits in a game

Once again by virtue of their game length, we’ve chosen Micke for this category. His Morphling and Juggernaut are two heroes not to underestimate, and when the games go on for so long, it seems natural that if Alliance ever draft a Naga Siren, Terrorblade or Anti-Mage, that their carry would be at the top of the last hit chart. Attempting to limit the alternatives, we recommend Nisha, Ramzes666 or Miracle-.

Player with the most GPM in a game

Player with the highest GPM average

And, well, we’ve picked Miracle- again for exactly the same reasons as above.

Player that plays the most different heroes

Ludwig 'zai' Wåhlberg has the most unique heroes played (by a margin of 3) on patch 7.22, and arguably the most diverse hero pool of any player at TI. No[o]ne and Mind_control both played 14 and 12 heroes respectively on stage at Epicenter, making themselves the most diverse players at the competition. Secret exited the competition much earlier than VP and Liquid and so played less games. When it comes to TI, so many more games are played in the group stage alone that the fact of Secret’s elimination from Epicenter shouldn’t play a part in it. 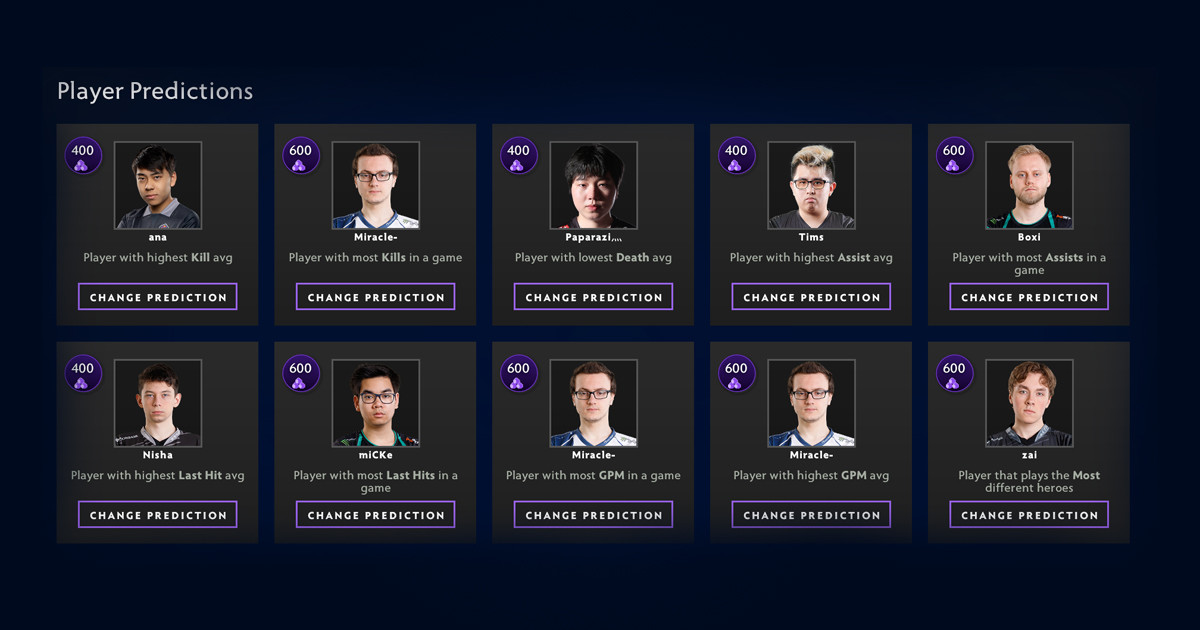