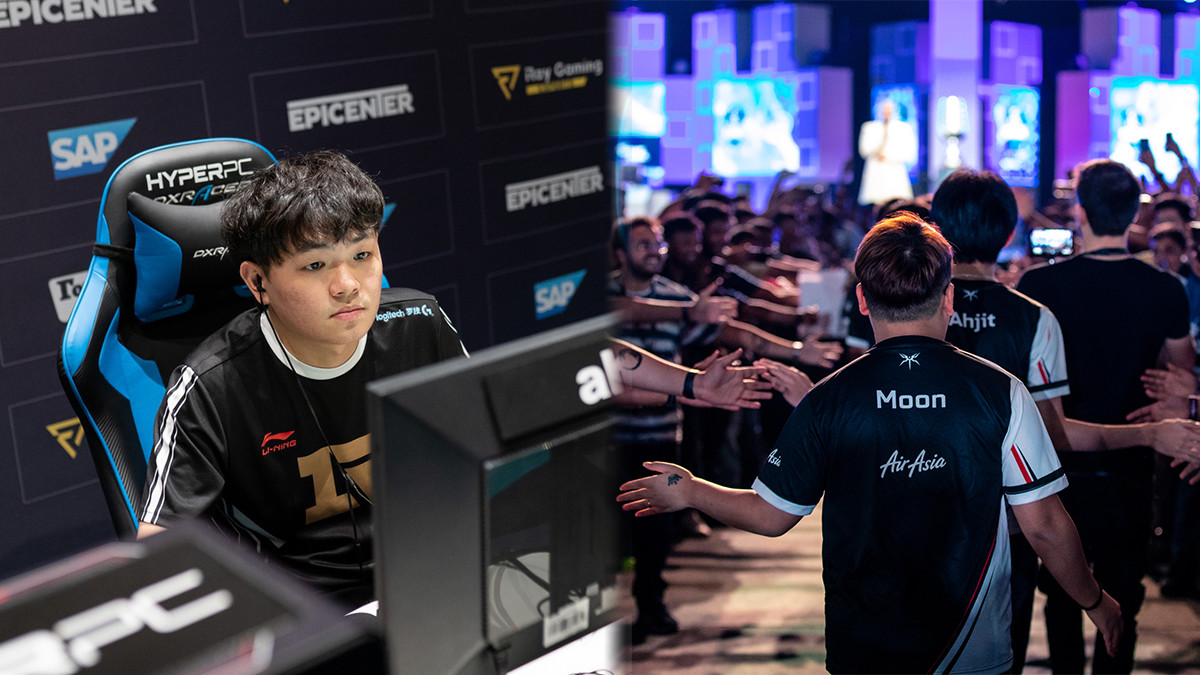 posted by SmittyW.,
Both Mineski and Royal Never Give Up booked their ticket to The International 2019 last minute. The two teams had a tough season and want to redeem themselves in Shanghai.
ADVERTISING:

By the skin of their teeth

This season was surely not RNG's. Everytime they entered a DPC points awarding tournament, the Chinese got kicked out early on (except for the first Minor), which left their dreams of TI9 shattered. Finishing 20th this season, things could have gone better for them. Not qualifying for The International directly was a huge blow for RNG as this meant qualifying through the The International 2019: China Qualifiers; without a doubt the hardest regional qualifier any team could possibly go through.

However, Royal Never Give Up did exactly what their brand name indicates: they never gave up. Being cast down to the Lower Bracket of their qualifier, they had to face Invictus Gaming, a team that showed great performances during the group stage and beat RNG before. This time it was the team around carry Du 'Monet' Peng who had the upper hand.

Their final matches against EHOME and CDEC Gaming in the Upper Bracket and Grand Finals were really close affairs with RNG winning each match only one game ahead. The Chinese stack boast an ideal balance between young prodigies and battle-tested veterans. Soon Chuan 'ah fu' Tue and Zhi Cheng 'LaNm' Zhang have been around quite a while; the latter even took part in the Grand Finals of the legendary The International 2011.

Although they are probably the weakest Chinese team in the tournament, they will surely be a force to be reckoned with. Monet, Gao 'Setsu' Zhenxiong and Su 'Flyby' Lei are all excellent players giving much credit to China's efforts to promote young blood.

Hardly visible but always there

Mineski attended many tournaments this season, but, alas!, have failed to make any impression during this DPC season. This doesn't mean they haven't had any success lately. At ESL One Mumbai 2019 they had their most notable success (apart form qualifying for TI9) finished second. As one of the best squads from the region, they went into the The International 2019: Southeast Asia Qualifiers as favourites.

After a troublesome start in the group stage, they wrestled down Adroit once and the surprisingly good Team Jinesbrus twice to book their ticket to TI. In Shanghai, Mineski assume the role of the underdog. Although having some of the most talented players from the SEA region and their import Nikolay 'Nikobaby' Nikolov from Bulgaria, they are by no means as strong as the flagships, Fnatic and TNC Predator.

There is not much evidence that we can expect more than what Mineski have delivered for the entire season: being present, but not for too long. Their best bet is to somehow survive the stacked group stage and cause an upset or two in the Lower Bracket. Going any further from there is not that likely but let's see. It wouldn't be the first surprise we saw at an TI.

How well will RNG and Mineski do at TI9?