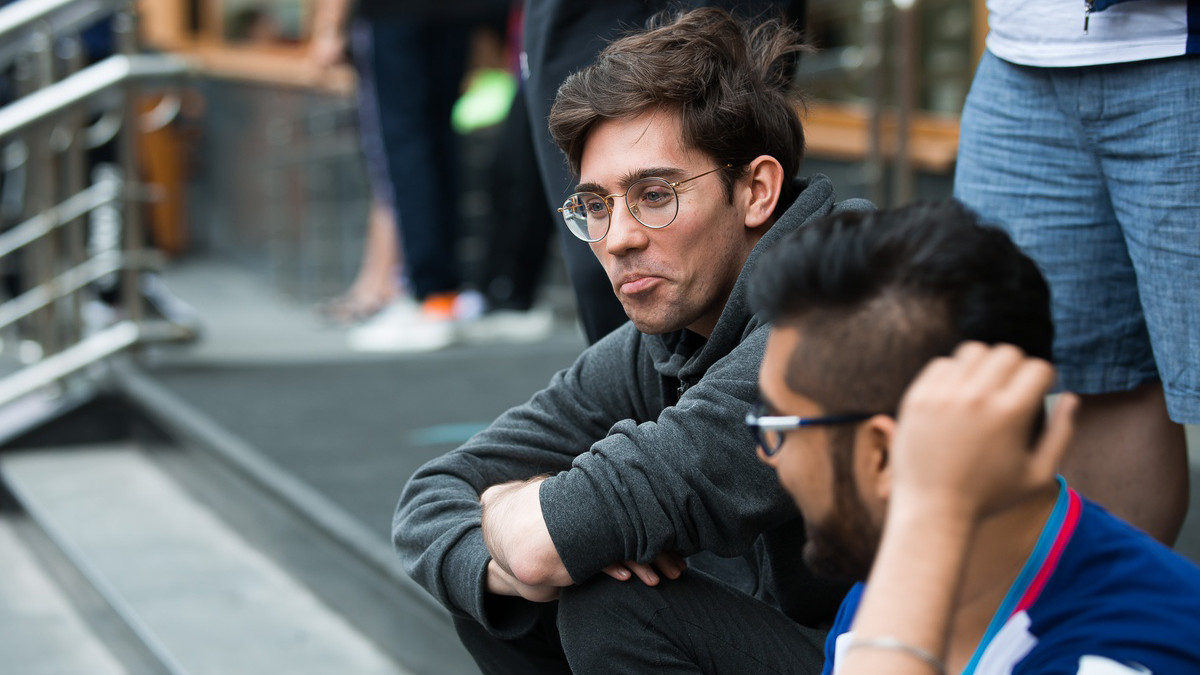 posted by SmittyW.,
Newbee is one of the legendary organisations that was able to claim a TI victory in the past. This season they failed to qualify for the world championship, though. As a consequence, they seized the opporunity and picked up the former Forward Gaming squad who made it into The International 2019. Will this team of mercenaries bring Newbee their second Aegis?
ADVERTISING:
The disbandment of Forward Gaming was one of the biggest surprises before this TI. Despite qualifying for Dota's world championship, the organisation hadn't any funds left to support their team and players. This was the perfect opportunity for many teams to make an entry in the most prestigious esports event in the world.

In the end, it wasn't an American or European institution that signed the stack surrounding Johan 'pieliedie' Åström but a Chinese one. A very fitting collaboration considering that this TI takes place in Shanghai. While the old Newbee roster is still part of the organisation, they now count on a team of foreigners to earn them their second title. How likely is it that this band will bring the success Newbee is hoping for?

Second only to EG

The Americas are considered a region that is lagging behind Europa and Asia in terms of Dota currently. Apart from Evil Geniuses who have maintained a top spot in high-level Dota for years now, there is not much left in the American scene that can compete with the elite. The only player capable of forming new, well-performing line-ups, Peter 'ppd' Dager, left for Europe at the beginning of the season to do just that for Ninjas in Pyjamas.

In the last months, however, Forward Gaming established themselves as a force to be reckoned with. No other line-up in America seemed as promising as them. They made entries into many notable tournaments such as The Chongqing Major, The Kuala Lumpur Major, and two ESL Ones for example. Although they never made an impressive run in any of these, they at least took part in those prestigious tournaments, meaning that they could at least compete with their rivals at home.

Very blessed and happy about our win, thank you so much for everyone's support!

To be fair, J.Storm played a better season overall in terms of DPC points, but in the the qualifiers in the The International 2019: North America Qualifiers they hardly found any opposition. They finished the qualifier dropping just a single map against J.Storm in the Grand Finals. With this performance, Forward Gaming proved that they are the best bet of the American scene next to EG (and feature the most players from the US). Quinn 'CCnC' Callahan, JingJun 'Sneyking' Wu, and Arif 'MSS' Anwar, and Yawar 'YawaR' Hassan are extremely talented players who tested their mettle at various occasions.

Happy Birthday @PieLieDieDota 🎂🎉🎉🎉
Good luck to our captain in the upcoming TI9 https://t.co/eQaEZ2u0CU

Especially YawaR played a critical role in FG's qualifier run and is one of the best carries in both Americas. The 22-year old and his team-mates have played at The International before, an experience that could help them to keep their cool during the event. It will be particularly exciting to see what the latest addition to the squad, pieliedie, will show at the tournament. The Swede is the most accomplished player on the team and played for many prestigious organisations. His lead will have a huge impact on new Newbee's performance in China.

Is it enough for the Aegis, though?

Newbee is certainly one of the underdogs at this TI. However, the squad is young and hungry, has gained some experience at important tournaments this season, and boasts a clever captain. Also, the collaboration with a Chinese team could help preparing them for the upcoming battles. With these preconditions, the stack could surive the group stage, but anything beyond that will be a success for the team and a little upset considering the strong line-up in Shanghai.

What do you think about Newbee's chances at TI9?