PSG.LGD: Are our expectations too high? 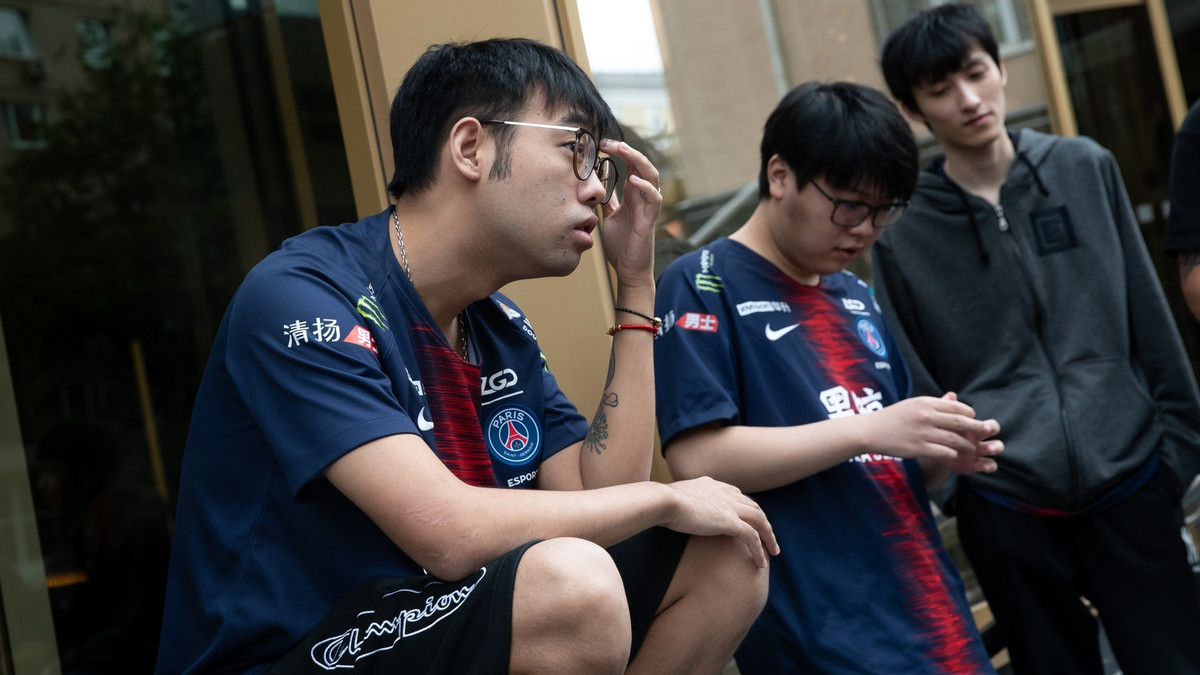 posted by EskayDota,
Second place at TI8 is a tough spot to beat, but have PSG.LGD really had a fall from grace like people believe?
ADVERTISING:

PSG.LGD have been together since the first day of 2018. A mixture of new talent and old, they formed to make the new Chinese titan, overtaking Newbee who faltered after their TI7 loss to Team Liquid. The roster features the face synonymous with Vici Gaming, Xu 'Fy' Linsen, as their captain, leading four (at the time) lesser experienced players to success after success.

Wang Chun 'Ame' Yu is a product of the LGD organisation. Starting his career on CDEC.Youth*, he switched to be one of the handful of players signed to the main LGD roster in mid – late 2016. He spent a year with the organisation, but went inactive for a significant period of time, resurfacing the same day as Yap Jian 'xNova' Wei joined the roster.

Yao 'Maybe' Lu has a similar story, joining the LGD organisation in 2014 at the age of 17, and sticking with them since. He spent time on LGD.CDEC, the CDEC main squad, and finally the LGD main squad since 2015. He has been LGD’s prized possession for years, being the wonderkid of the 2015 3rd place LGD, alongside world class veterans like Zhang 'xiao8' Ning , Liu 'Sylar' Jiajun, Yao 'Yao' Zhengzheng and Zeng Rong 'MMY' Lei.

After the conclusion of the #ChongqingMajor, Lu 'Maybe' Yao requested some time off, due to personal and physical reasons.

After internal discussion, LGD Gaming has decided to respect his wishes and approve his application to leave temporarily.

Yang 'Chalice' Shenyi has a bit of a different backstory. Starting his career only back in 2016, he was noticed whilst playing for Team Max, an organisation that quickly worked its way through a large number of Chinese players. With Max being one of the members of D.ACE, his impressive play was noticed by big name organisations quickly, especially considering that CDEC were another member at the time.

Together, they formed a grassroots roster, fostered by the LGD organisation. They grew as a team and gelled quickly, producing three more legends than the Dota 2 scene had prior (not including Maybe or Fy as they were already established). Additionally, they are joined by Malaysian support player, xNova, who joined from WarriorsGaming.Unity, a team who constantly punched above their weight with victories – something many people put down to xNova, Soon Chuan 'ah fu' Tue and Lai Jay 'Ah Jit' Son.

The team began with a bang as they placed second at StarLadder Season 4 and DAC 2018. With their rebrand as PSG.LGD, they took home the Epicenter Title and the MDL Major. They looked unstoppable and incalculable. Nobody could figure out how to play against them, particularly when every single player was pulling out outplays left, right and center.

Going in to TI8, they were certainly one of the favourites to reach the final, and they did just that. They had placed third in the DPC leaderboard, and lost only one series in the group stage, to Evil Geniuses. They stormed the upper bracket, knocking down Virtus.pro, Liquid and after taking a tumble to OG, eliminated EG. Things were going well and they made the final, but sadly, that would be the peak of perhaps LGD’s time together.

The type of play we had come to expect from LGD

Afterwards, a while after the start of the current DPC season, Maybe decided to take some time away from the roster. Their first two Major performances hadn’t been up to their expectations, despite finishing 5-6th and 3rd, it just wasn’t what the roster had come to expect. Taking some time out, Maybe missed the DreamLeague Major, where LGD managed to get a 5-6th place finish once more.

Maybe rejoined the roster, and business resumed like normal. PSG.LGD have been by far the most consistent team this season, being the ONLY team to reach top 6 at every single Major. However, people certainly have the impression of LGD that they haven’t been up to par this season. Most likely, this is due to the fact that when you achieve second place at TI, everywhere else is downwards. Liquid weren’t bad in the season running up to TI8, but when you’ve won TI, anything less is “not performing”. Liquid finished second of the DPC ladder in the season after their TI win, winning two Minors, 1 Major and runner up in inversely, 2 Majors and 1 Minor.

LGD are a consistently good team who stand every chance of replicating their run last year.

The battle to be China’s best team

Now, contrarily to last years International, PSG.LGD have some competition for the first place spot in their region. To set the scene; of the 8 DPC qualified teams from 2017-2018, four were from the Chinese region. Additionally, China had 2 qualifier spots, meaning that one in every three teams at TI8 was from China.

However, despite all of these participants, by the conclusion of the second round of the main event, the only remaining Chinese team was PSG.LGD. They had a pretty comfortable lead in the region. The instability that followed would mean that this oversaturation in the Chinese scene would disperse, with half the number of Chinese teams at this year’s International.

This season, PSG.LGD were bested in the DPC ladder by Vici Gaming, one of the not-so consistent teams this DPC run with two Major victories and three 7-8th finishes. One of those victories included an occasion where Vici failed to qualify for a Major and had to go via the Minor to even compete. With Vici considered the best team in China at the moment, PSG.LGD have a lot for themselves to prove.