posted by EskayDota,
Fnatic were the 7th team in the DPC ladder this season. Here, we will take a look at their story.
ADVERTISING:

Their squad at TI8 was comprised of two Philipine players, two north American players and a European player. Following their performance, the non-SEA members left, and the organisation began looking for fresh blood to fill the holes.

With the addition of Daryl 'iceiceice' Koh, Anucha 'Jabz' Jirawong and Pyo 'MP' Noa, the SEA superteam had formed. All of the players were considered amongst the best of the best. Abed was known for his incredibly high MMR, young age and ability to win mid in the most ridiculous of fashions. Iceiceice, of course, is a legend in his own right, and alongside former Faceless and Mineski teammate Jabz, the names the Fnatic organisation had on paper were really stacking up. 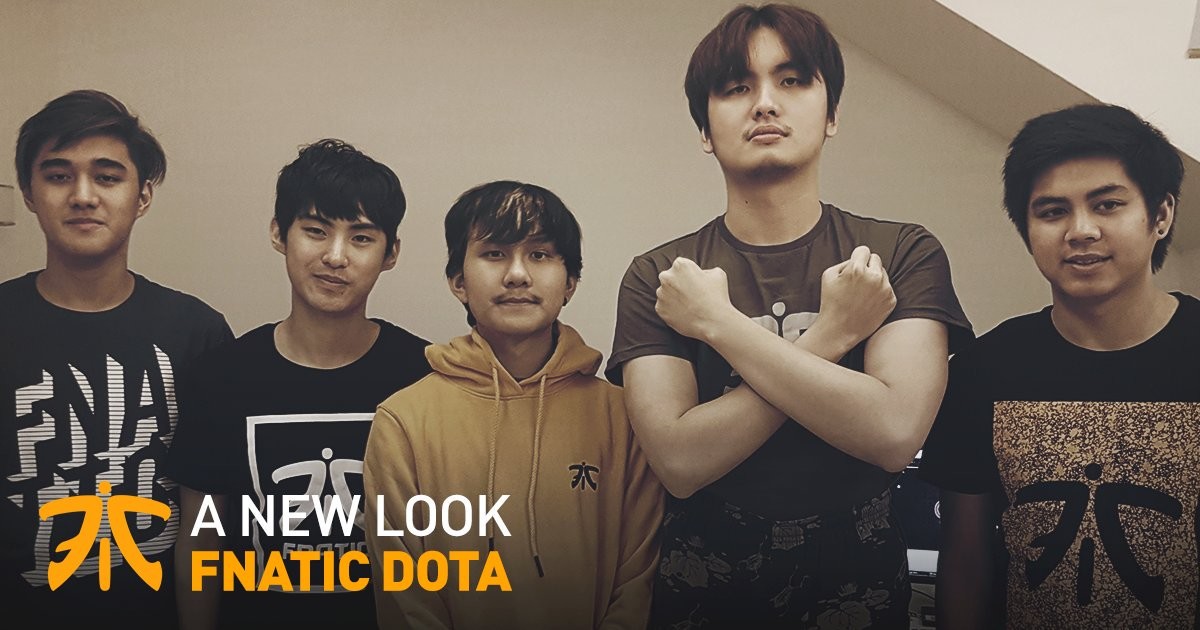 Finally, with the addition of Team Secret and MVP Phoenix carry MP, Fnatic really had an all star lineup. Expectations were for this team to be winning tournaments throughout the season. They really had the components to be one of the greats of the season. They qualified to TI9 happily, sitting in the middle of the leaderboard, but did their performances meet their expectations?

Performance in the DPC

Fnatic have proved themselves to be an interesting breed of team this DPC season. Before the introduction of the DPC circuit, teams were hasty to change or mix up a roster failing to achieve the top quality results that the parent organisation wanted to see. This Fnatic had stuck through the season despite their lack of titles. However, the team showed steady growth throughout the season, finishing 7-8th, 5-6th and then 3rd at the first three Majors respectively.

We saw a slightly different story in the second half of the season, as their performances faltered somewhat, Fnatic placed dead last in the final two Majors. With the players they had, fans had certainly set the expectation to be podium finishes at a handful of events, something that the roster didn’t achieve. Despite this, they still performed comfortably and qualified for TI without any real worry.

Fnatic secure themselves the upper bracket spot at DreamLeague

So are they considered a good team? What are their hopes for TI? Well, they have shown they can compete with the top teams, but consistency is not something they managed to pin down. Despite all of this, they controversially changed their roster after the DPC season finished. With MP removed, their coach and former NA player Kim 'DuBu' Duyoung joined the roster – and we are yet to see this team play together.

In terms of what we can expect from TI, Fnatic are one of the wildcards. They could outperform expectations, or they could finish dead last. It depends entirely whether we get the first-half-of-the-DPC-season Fnatic or the second. Realistically, people have said that they have been disappointed with their performances this season, and for the last two Majors they have every right to be so. Dubu could be the addition that changes it all around.

The real question here is whether Fnatic are a top tier team or not. If you take a look at the names of the teams above them in the DPC ladder, you see PSG.LGD, Team Liquid, Evil Geniuses, Vici Gaming, Virtus.pro and Team Secret. Any team in the world would be happy to be placed as close to them as Fnatic are. However, there is a very clear gap between 6th place on the DPC ladder and 7th.

PSG.LGD finished the season with 5040 points, and Fnatic finished with 2880. With the two teams being next to each other, it speaks more about a separation between the teams we can consider the “best of the best” and the ones that are still making their way there. Below Fnatic are Ninjas in Pyjamas, TNC Predator, OG, Alliance and Keen Gaming, teams that nobody would really pin as having a particularly good chance at winning TI9.

Another team finished 13-16th at the #EPICENTER is @FNATIC. Unfortunately, we won't see them on signing session.

This would make Fnatic the best team of the “not consistently world class” category. Below Fnatic, no other team qualified to every Major. Additionally, the SEA region had been relatively quiet this year, with TNC and Mineski being the only real competition to Fnatic, and BOOM ID being the only other SEA team to secure any DPC points. Realistically, with SEA getting two spots for each Major, it was almost always going to be Fnatic.

Taking a look at the events that unfolded at Epicenter, however, TNC are now the favoured team in the region. They looked refreshed and TI ready. Once again, leaving Fnatic to be the second best in another category. People were excited by TNC’s performances, and they looked dominant whilst Fnatic exited the competition in the first round of the knockout stages.

Will MP’s replacement with DuBu be the refresher that the team need to spark a successful TI run? Only time will tell.