Genius behind NiP: How ppd got them to TI9 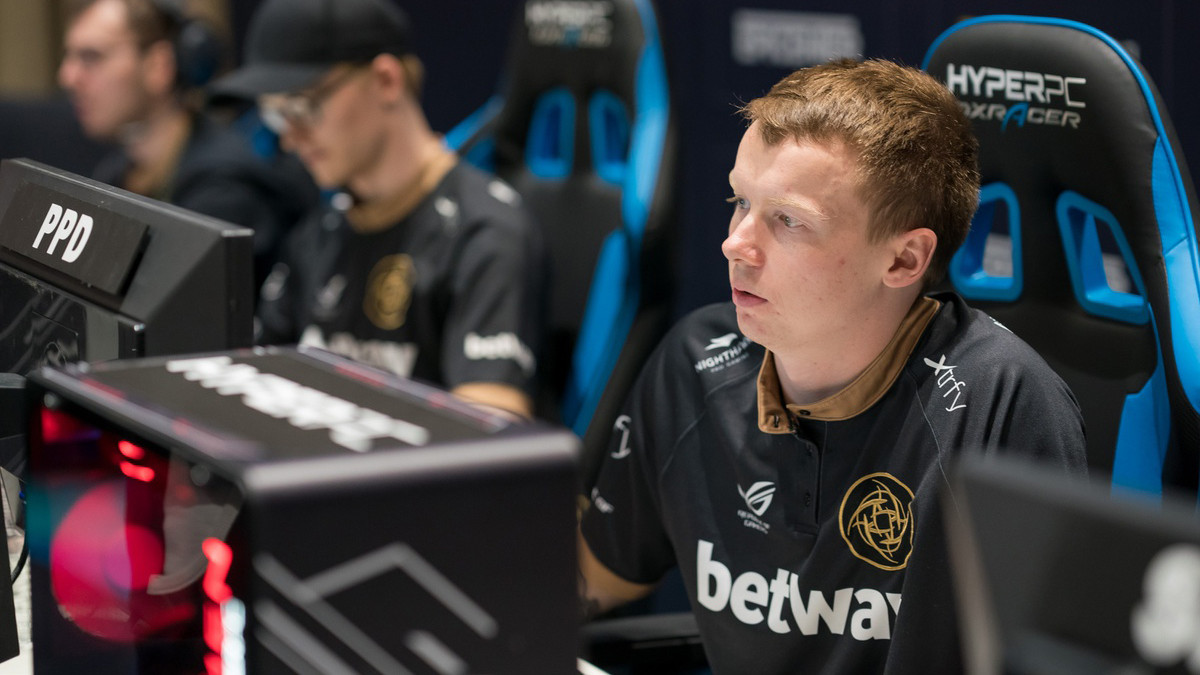 posted by SmittyW.,
Ninjas in Pyjamas's Dota 2 history has been a struggle for greatness. The organisation featured different line-ups, but none has been able to live up to the incredibly high expectiations as yet. However, its current line-up around mastermind Peter 'ppd' Dager is the first one that could really achieve greatness at The International 2019.
ADVERTISING:
NiP has been a staple in esports since 2000. Known for their success in Counter-Strike, they also tried to make an impression on the Dota 2 scene from 2015 onwards. The Ninjas entertained kind of an on and off relationship with our beloved MOBA until 2018. No stack was able to reproduce the success the Swedish organisation had in the popular FPS.

In September 2018, NiP announced their new Dota roster that features some of the most promising players in the Dota scene. Will this line-up lead NiP to their first TI championship?

With ppd, NiP have signed one of the best position 5 players in the Dota scene. The American is known for his clever drafts and is the genius behind the TI5 championship of Evil Geniuses. TI9 is his sixth appearance at a Dota World Championship and there is hardly a player who makes it as consistently to the greatest esports tournament as Peterpandam.

Even after winning The International 2015, ppd continued to be a successful player with both EG and OpTic Gaming. However, after The International 2018 with OpTic, ppd left the team. It was quite an upset when one of NA's best and influential players - a legend some would claim - decided to go to Europe instead of staying in his home region. ppd was picked up by NiP to captain a brand-new line-up, which he recruited himself for his new side.

On NiP, he was joined by his young OpTic team-mate Neta '33' Shapira, Adrian 'Fata' Trinks, Martin 'Saksa' Sazdov, and Marcus 'Ace' Hoelgaard. Each of these players has played TIs before, which is a great precondition if you want to form a champion line-up. Not to mention that some of them played for premium organisations such as Team Secret and Team Liquid.

In their official announcement, Ninjas in Pyjamas commented on their new team:

People at Ninjas in Pyjamas and Betway love DotA2, and it is with great excitement we have been chosen as the home of a world class DotA2 team led by Peter “PPD” Dager. We have over the last year been keeping our eyes on the DotA2 scene, evaluating several opportunities for entry, to return to the game. An opportunity like this is rare, and we are thrilled to have such an experienced and talented team here at Ninjas in Pyjamas.

Not quite there yet

NiP made it into numerous tournaments shortly after their launch and began to show first results. In Kuala Lumpur, they even took fourth place which earned them a large number of DPC points. For the following tournaments and qualifiers, ppd and co. would take series and maps off of high-class sides such as Evil Geniuses, OG, and Vici Gaming. Yet, apart from their victories at the Dota PIT Minor and StarLadder ImbaTV Dota 2 Minor #2, they didn't really win any notable events.

ppd is aware of the raw skill of teams such as Virtus.pro, Team Liquid, and Team Secret, as he said at the ESL One Katowice 2019. His game plan has been always to outdraft teams that are better on paper and be ahead of the meta - which hasn't always worked, of course. Teams such as Secret, Liquid and OG boast excellent drafters as well. Also, it has been several months since patch 7.22 and the new meta has been figured out much better by the top tier teams by now.


NiP's strength is their experience

At TI9, Ninjas in Pyjamas is going to be the oldest line-up. Their team average is at 25.18 years, which is around 1.5 years more than the tournament's average. With Ace and Fata, NiP have some of the best players in the world on their respective positions, but their real strength is their experience. At least against less tested line-ups this can tip the scale in NiP's favour at TI9.

Big teams such as Team Secret, Team Liquid, VP, and Vici Gaming will pose a problem to the Ninjas, though, if they are playing on top of their skill. Their best shot is to do what they do best: outdraft their opponents and play a more than solid game. While a TI9 championship might be a tall order for NiP, especially considering the line-up at this world championship, making a good run is not. After all, ppd and his crew are always a force to be reckoned with.

What do you think about NiP's chances at TI9?