The best Alliance we've had in years 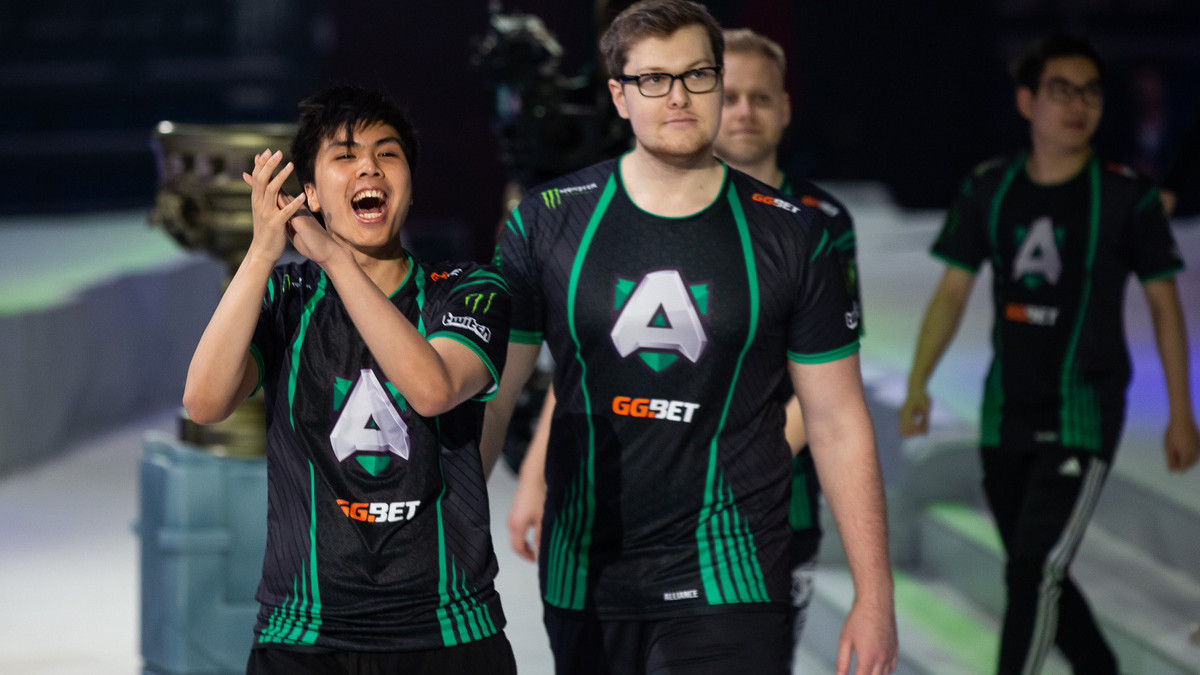 posted by SmittyW.,
Alliance was the last team to earn their spot at The International 2019. This is the first time they are taking part in the Dota World Championship since 2016, which is a result of their constant effort put into their comeback to the top of the scene.
ADVERTISING:

The year is 2013. After an exhausting battle against Natus Vincere, the legendary Alliance formation surrounding Joakim 'Akke' Akterhall, Henrik 'AdmiralBulldog' Ahnberg, and Jonathan 'Loda' Berg lift their first TI trophy. While this was not the end of their career, the line-up couldn't repeat this feat. After their last attempt to lift the Aegis at TI6, the classic Alliance roster split up for good.

After a short period featuring a whole new squad around Simon 'Handsken' Haag, with whom they finished third at the World Electronic Sports Games 2016, Alliance tried yet another relaunch of their team. They added Aydin 'iNsania' Sarkohi, Samuel 'Boxi' Svahn, Michael 'mICKe' Vu, and the Norwegian Tommy 'Taiga' Le to play with Loda who was the only classic Alliance member remaining.

In the press release, back then, Alliance wrote:

Jonathan is positive that both Aydin and Michael will carry on the Alliance legacy even after his active years as a competitive players [sic] and thusly both have a longer contract than what is customary in Dota. In addition to Michael and Aydin, Samuel will play offlane for the team and Tommy will join Aydin in the support role. With the team complete Jonathan is certain that he has found the right people to play for Alliance.

Yet, even a refreshed roster didn't bring Alliance back to the top immediately. Much like 2017, 2018 proved to be a rather mediocre year for the Swedes with no notable results to speak of. Almost right at its beginning, miCKe suffered from an arm injury and the team remained inactive until February.

Also after that, the new line-up didn't conquer the top instantly. But Alliance didn't give up on the iNsania and co. and kept their word. Loda obviously saw great pontential in his new players. Especially the duo iNsania and miCKe who played together on Tuho* before have an interesting chemistry and know each other extremely well. Something had to change, however, and there was a player that would suit their line-up perfectly.

A new mid-laner it is

In the press release, Alliance already teasered the retirement of Loda as a player. And indeed, in June 2018, the TI champion stepped down from the roster and focussed on his role as a coach. miCKe followed in Loda's foodsteps as carry and they added a new player team to fill his role on position 2. The German mid-laner Max 'qojqva' Broecker played with iNsania and miCKe back in the days on Tuho, but also got quite a reputation playing for teams such as Team Liquid and Ninjas in Pyjamas.

Really enjoyed working with these fine young men these past weeks. Being coach was a new and challenging but satisfying experience for me.

Adding qojqva to the team proved to be an important step to get Alliance back on track. Although they failed to qualify for TI8 (eventual world champion OG was also part of their qualifier), the team began to show results once again. Instead of trying to compete on the very top levels of Dota, the stack took part in many minor tournaments that took part before and after TI8 and grew as a team.

Before it gets better it gets worse

Over the months after qojqva joined, Alliance managed to qualify for ESL One Hamburg 2018 and the The Kuala Lumpur Major in quick succession. Despite being eliminated early on in both events, Loda's lads were obviously improving. What is more, Alliance hadn't been as present in international tournaments as that since early 2017. They even managed to make it to The Chongqing Major in 2019, and people began to see the potential in iNSania and his team-mates. But once again, they were eliminated from the tournament first round.

After this disappointing loss at the Chongqing Major, Alliance seemed to be at a low-point. They failed to qualify for DreamLeague Season 11 in Stockholm. Alliance hoped to finally make a breakthrough in their home country but had to cope with another bitter defeat. Still, the team promised to make progress:

From this point onwards, the year became pretty much a rollercoaster for Alliance. miCKE as well as qojqva had to pause for one event each due to health issues, and were replaced by the Greek player Omar 'Madara' Dabachach at the Dota PIT Minor and the ESL One Birmingham 2019 respectively.

And suddenly everything works out

When qojqva returned after his surgery, something was different about the team. At the StarLadder ImbaTV Dota 2 Minor #2 the Swedish organisation played their best performance since its reformation and placed second after Ninjas in Pyjamas, thereby qualifying for the EPICENTER Major.

EPICENTER was the very last chance to make it to TI9 without going through the regional qualifiers and all of a sudden, Alliance had a run as if a Hollywood screenwriter wrote their storyline at this event. While their first match was an impressive 2-0 victory over Virtus.pro, they chocked for the remainder of the group stage and found themselves in the Lower Bracket. But this was not the end of their journey.

With amazing performances against Infamous and Royal Never Give Up, they almost accumulated enough DPC points for TI9. There was only one stack in their way: Gambit Esports. The Russian home side was the only team apart from Alliance that could still qualify for the world championship directly.

In front of the Russian crowd, the Swedes (and the German, and the Norwegian) had to beat Gambit in the lion's den. Thanks to iNsania's amazing drafts, qojqva's incredible Storm Spirit plays, miCKe's ridiculously strong carries and their overall team performance, they were able to wrestle the fan favourites down an book their ticket for TI. Losing to VP in the next match almost didn't hurt.


Is the patience going to pay off?

It is quite remarkable that a line-up which has achieved seemingly so little in the past two years is still supported by its organisation. That being said, it wasn't for naught. The team developed together over this time, and the addition of qojqva, one of the most talented mid-laners of Europe, led eventually to the TI stack that is going to take the field next month. Of course, iNsania's qualities as a team leader, Boxi's and Taiga's solid offlane plays, and miCKe's worldclass skill as a hard carry should also be mentioned here.

All these factors, plus the support of their coach, make Alliance one of the dark horses at TI9 and it will be exciting to see if they make even more progress until then. No matter the result at TI, we can only hope that this stack keeps on playing together. They have proven that they can compete with the best and the progress of the last two years is really palpable.

What do you think about the current Alliance roster? Are they strong enough to lift the Aegis?