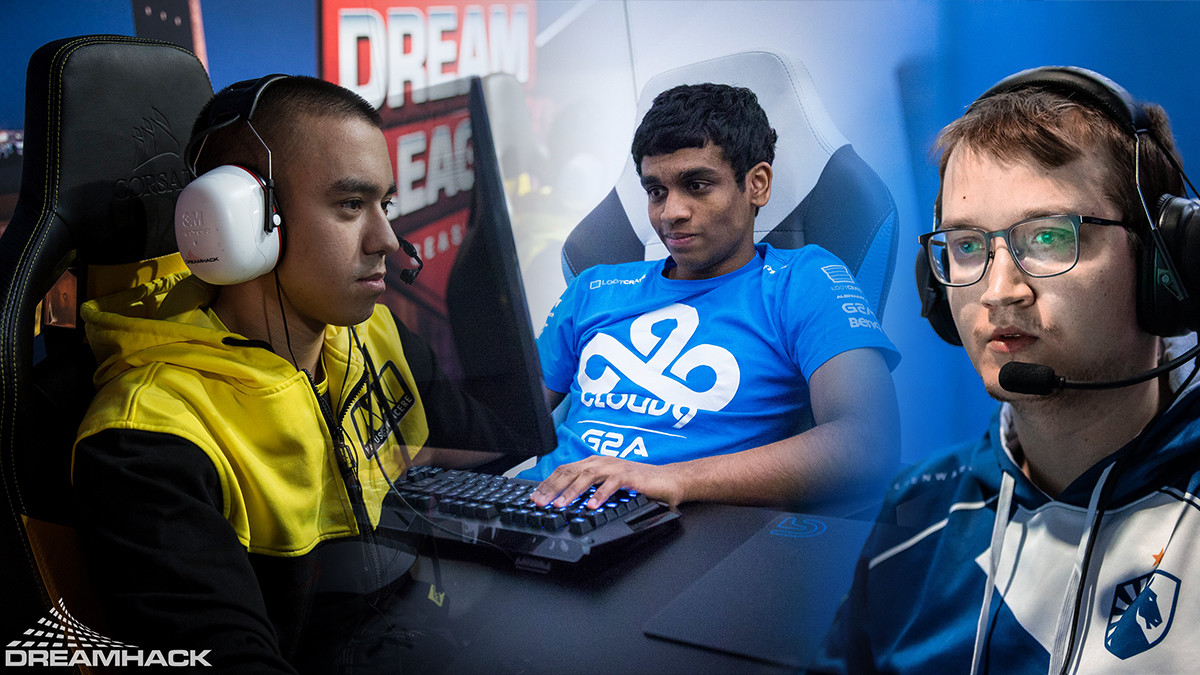 posted by SmittyW.,
The The International 2019 Open Qualifiers are over and we are heading right into the Closed Regional Qualifiers. Here are some players you should have an eye on.
ADVERTISING:

You've probably never heard about Team Jinesbrus' player from Thailand, but the carry player has shown some really great performances in both qualifiers. After all, there has to be a reason that the Korean trio surrounding Tae Won 'March' Park play with him. In the qualifiers, he was especially dangerous playing on Morphling. 23savage showed a 15/0/3 performance against Mineski on the hero. Jinesbrus was the first team to qualify for the playoffs of the regional qualifiers and if 23savage continues to deliver, we might see him at The International 2019.

top 8 on first ti quals of my life lol

The Bulgarian player has been playing in the SEA region for quite a while and only joined Mineski shortly before the qualifiers. Nikolay 'Nikobaby' Nikolov and his squad had a rough start into the qualifiers after losing to BOOM ID in their first match. Although the team still looks for their synergy, NB is surely a player with a lot of potential, especially when it comes to bringing new ideas into the squad. Mineski was one of the teams that almost qualified over the season via DPC points. It will be very interesting to see whether the carry can fill Lai Jay 'Ah Jit' Son's position who left the team at the end of June.

The German with the extremely meme-friendly nickname has been playing with J.Storm since the end of May. Leon 'nine' Kirilin is well known for his time at the former Dota 2 team PENTA Sports and the Russian-Ukrainian squad Team Spirit. He is one of the better players Germany has to offer. The only thing that prevents him from reaching the level of reputation of his fellow countrymen Kuro S. 'KuroKy' Takhasomi and Adrian 'Fata' Trinks seems to be a team that gives him the opportunity to thrive. Can the North American side provide the right environment for Nine to shine?

Have you ever heard of Kookaburra? No, me neither. But it's very likely we will learn more about them in the near future. Ravi 'ritsu' Kodippili previously played for Cloud9*, Digital Chaos* and Wind and Rain. The carry lead his team through the Open Qualifiers where they pretty much rofl-stomped any opposition they faced. Will it be enough though to compete with the best teams in NA?

Infamous have recently adjusted their squad and returned to an (almost) all-Peruvian line-up. The new roster features Hector Antonio 'K1' Rodriguez Asto one of the up and coming talents of the South American scene. He is especially dangerous with heroes such as Silencer, as he proved against Gorillaz - Pride. The 18-year old carry is an essential part for the new team to qualify for TI. Currently, he and his team-mates hold the pole position in the SA Regional Qualifiers and have displayed that they can compete with the best.

Enzo 'Timado' Gianoli's new team EgoBoys is one of the most promising squads in SA. But instead of telling you, how good Timado is, we want to turn our attention to another player: his successor in the mid lane, Leonardo 'Leostyle' Sifuentes. The mid-laner is a force to be reckoned with, especially when he dominates on his position. His signature hero is Death Prophet with whom Leo tends to absolutely destroy his opponents and shamelessly abuses any lead you grant him. Despite struggling in the Regional Qualifiers currently, EB have the potential to make it to TI9 thanks to their strong mid position and Timado.

Zaur 'Cooman' Shakhmurzaev is another young prodigy. Despite his young age he played for strong CIS-squads such as Gambit Esports and Team Empire Hope before. The 20-year old currently plays mid-lane at Winstrike but is also able to be own as a carry. He joined Winstrike in May and is one of four new players around Aleksey 'nongrata' Vasiliev. Can he take his team to TI9?

When everything's going according to plan 😎 pic.twitter.com/c6C5dAsxCC

Many fans from the CIS region were disappointed that Natus Vincere didn't qualify for TI9 directly. Now, Na'Vi can make up for their mediocre season by qualifying through the Closed Regionals. Especially the shape of Evgeniy 'Blizzy' Ree will be the centre of attention in the qualifiers. The fan favourite didn't seem quite on his level lately, but he is certainly hungry for more. Blizzy is still a worldclass position 3 player, he just needs the results to prove it.

Janne 'Gorgc' Stefanovski is one of the community's favourite players. With a huge Twitch followership in his back, the Swede qualified for the regionals with his squad Bald in the second Open Qualifier. Apart from other popular players such as Henrik 'AdmiralBulldog' Ahnberg and Danil 'Dendi' Ishutin, Gorgc has now a shot to earn a slot for TI9 for real.

made it to day to of oqs! record number viewers too, super humbled. back on it again 16.00 CEST tomorrow.

Despite their constant presence at DPC events this season, Royal Never Give Up was not able to qualify directly for TI9. In their region, however, they are one of the favourites to make it to the Dota world championship. Mid-lane player Gao 'Setsu' Zhenxiong is one of the best players in China and has been a stabalizing factor for RNG's performance. After the disappointing EPICENTER Major, Setsu and his team-mates will be more than eager to prove that they still have it.

The Chinese mid-laner is one of the most promising players in the regional qualifier. Next to Chen 'Victoria' Guanhong, who played at TI before, Guo 'Xm' Hongcheng is the player with the most offline experience (on an international level) in this team. At the beginning of the year, he played as a stand-in for PSG.LGD at the DreamLeague Season 11 Major in Stockholm and had a great run in the Open Qualifiers with CDEC Gaming. He could be the deciding factor that allows Victoria and co. to shine.

Last but not least we want to mention Lasse 'Matumbaman' Urpalainen. MATU recently departed from his Team Liquid and found a new home in Chaos Esports Club. Together with some other "rejects" MATUMBAMAN will do anything to prove that he is still among the best in Dota 2. Should he make it to TI9, and this estimation isn't even unrealistic, we could see an epic battle between his new side and his old friends from Liquid. We don't want to be biased, but we would defintely favour such an awesome storyline at TI9.

Who's ready to see our new Dota squad in action?🙌

The wait is almost over! We'll be competing in #TI9 CLOSED QUALIFIERS for Europe!💪🇪🇺

We are MORE than ready to #CreateChaos and take that qualifier spot!😤 pic.twitter.com/KsiSvcce45

We surely havn't covered all the players that would deserve being mentioned. Who is your player to keep an eye on?