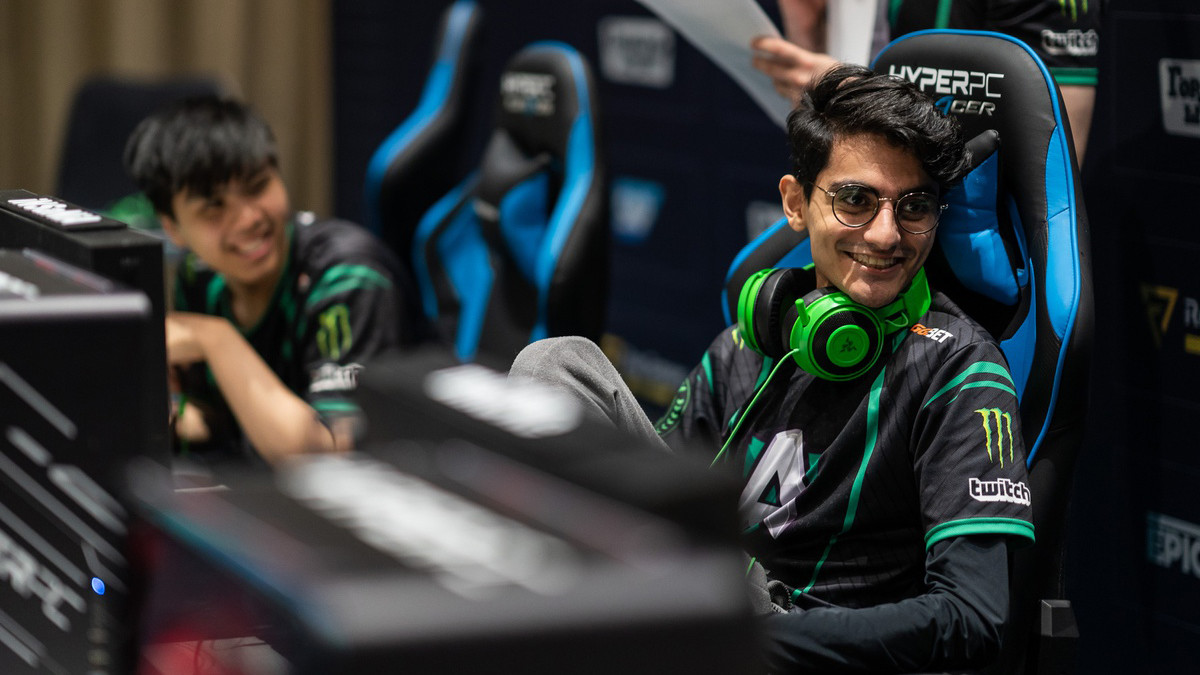 posted by SmittyW.,
After the one-day break at the EPICENTER Major, we jumped right into two exciting matches that could have had hardly any better storylines. Here is a brief recap of the first series of the day.
ADVERTISING:

After OG's Johan 'BigDaddyN0tail' Sundstein had to recover from what was reportedly a norovirus infection, coach Titouan 'Sockshka' Merloz had to fill his position. Most people probably thought that this was equal to a death sentence, as Evil Geniuses were by far the more favoured team in the matchup. OG surprised everyone beating EG, and did so again in their next series against Team Secret causing an even greater upset.

It seemed like the reigning TI champions were even better without their captain. The team and fans hoped that N0tail would recover because the hardest match was yet to come. PSG.LGD is a force to be reckoned with, and although OG eliminated two favourites, this match was not going to be easy. Although OG put up a fight, the series was not even close.

In game one, LGD had a comfortable 11-0 in kills and seemed to stomp OG recklessly. The TI winners held onto the game though taking some very decent fights. Yet, LGD's early game advantage snowballed and it is surprising that it even took them 44 minutes to claim victory.

The situation didn't look as grim for OG in game two. Despite conceding some losses in the early game, Anathan 'ana' Pham and his team-mates never gave LGD a decisive lead. After 21 minutes, the Chinese sqaud started making an impact on the game, and the scal began tipping into their favour. OG lost fight after fight, and their dreams of continuing their impressive run was mercilessly shattered.


Alliance on their way back to the top

The game between the two teams was of uttmost importance to both of them. Not only would the victor advance to the next series in the Lower Bracket, but also qualify directly for The International 2019. Therefore, the competitors would do anything to win, and they delivered one of the best series we have seen at EPICENTER so far.

Alliance started with an advantage into the series. They picked up enemy heroes left and right. Samuel 'Boxi' Svahn's Timbersaw and Max 'qojqva' Broecker's Storm Spirit played a crucial part in taking control over the early game. Timber eliminated 10 enemies in the first 17 minutes, while Storm Spirit had a commanding map presence that allowed them to kill of enemies quickly.

For a while, Gambit avoided taking fights with Alliance and tried to engage in a fight on their own terms. At 26 minutes, they ambushed Timbersaw but failed to get the last hit. Alliance, then, massacred Gambit instead. After that they comfortably took Roshan and moved towards victory.

The second game was a 68-minute thriller in which between the two teams, although Alliance had an advantage almost the entire time. Still, Gambit posed a real threat the entire time. At one point, they reduced Alliance's 15k gold advantage by 10k within a few minutes. But thanks to Michael 'mICKe' Vu's Morphling and Max 'qojqva' Broecker's Storm Spirit (I bet he will be banned from now on ALL the time), Alliance kept themselves alive.

The game was entertaining from start to finish and had many noteworthy fights, especially when the two sides compete for Roshan's pit. After 63 minutes, Gambit lost a very decisive battle which eliminated all their hopes they might have catered all through the game. But qujqva's wrath hit them right in their heart and closed out the series 2-0.

After these two games, Team Liquid and Vici Gaming are going to determine the first finalist of the EPICENTER Major. In their next matches, LGD are going to battle it out with TNC Predator, whereas Alliance takes is going to put their skill to the test against the no. 1 home team Virtus.pro.


Which match did you enjoy the most?