One TI ticket, OG vs. PSG.LGD, and w33: an EPICENTER Preview 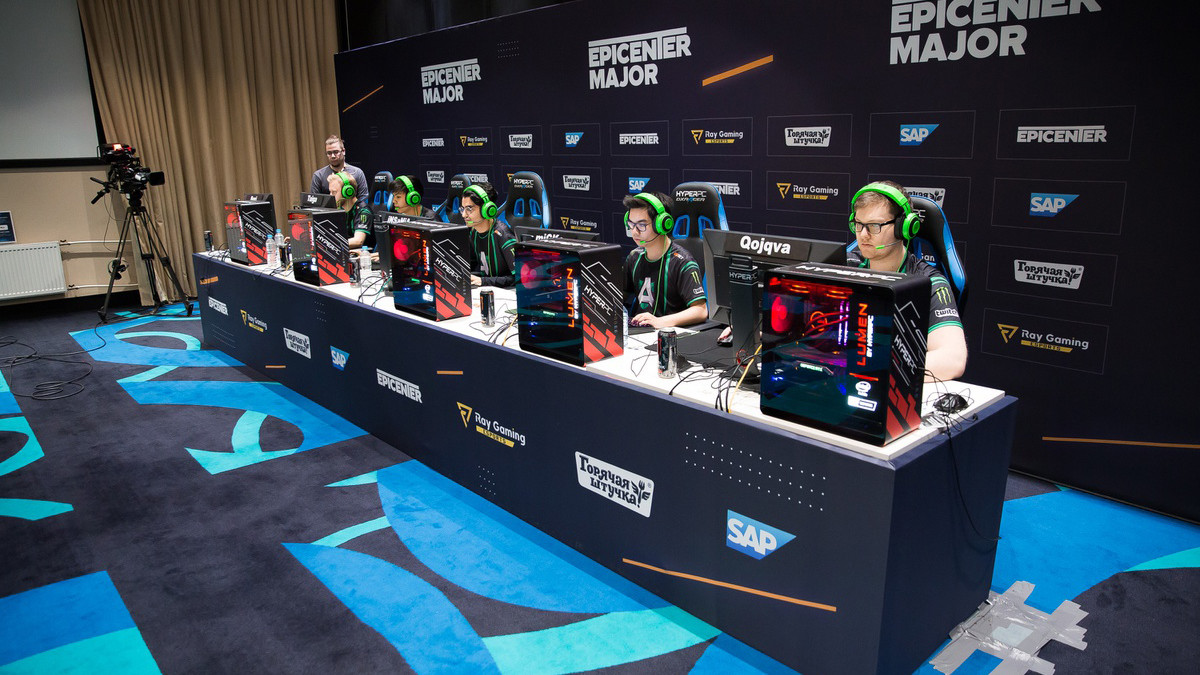 posted by SmittyW.,
Today, there is a day off at the EPICENTER Major. This is the right time to take a deep breath and ponder about the matches that lie ahead of us. Who is going to advance and who is going to drop out of the tournament next?
ADVERTISING:
There are six teams left in the run for the last Major championship of this season. In this article, we are going to take a look at the upcoming matches in the Lower Bracket and the Upper Bracket Finals. If there is one thing we can be certain of, it is that things will become even more exciting than before.

The first match of the Lower Bracket tomorrow is the match-up between last year's TI finalists. And it is not even going to be the first re-enactment of TI8's Grand Finals at this very tournament. In the group stage, PSG.LGD looked much better than OG beating them decisively 2-0. To be honest, OG looked not on par with their opponents in the group stage and finished fourth place.

Everything looked like OG's dreams of qualifying for this year's The International 2019 directly had been shattered. After all, they had to play Evil Geniuses in first Lower Bracket match without their captain Johan 'BigDaddyN0tail' Sundstein. However, they managed to rise up, make a stand and send EG home.

Their next upset followed shortly after. In their second elimination match they faced Team Secret who were considered to win this whole thing. But once again, Anathan 'ana' Pham and his boys did it again and emerged victorious from this David vs. Goliath match.

PSG.LGD conceded a loss against Team Liquid in the Upper Bracket and found themselves in a fight with Forward Gaming for survival. Wang Chun 'Ame' Yu and co. kept their dreams alive and are now facing OG again. Although the TI8 winners had some upsets, PSG.LGD goes into this game as the favourites. OG's opponents didn't look as strong as they were supposed to be, and the Chinese squad seems to be better in shape.

Also whether or not N0tail is fit to play again might have a huge impact on the game. At any rate, this is going to be an exciting match. By the way, TNC Predator is waiting for the winner in the next match. Whoever wins this, their run is not going to be any easier from here on.

In the second Lower Bracket match of the day, Alliance will take on Gambit Esports. The match couldn't be of greater importance for both of them: in order to qualify directly for TI9 they have to win; the loser has to go through the TI Online Qualifiers which is definitely going to be the more difficult route to take.

Gambit went into the tournament as a side everyone expected to do quite well, and until now, they have delivered. They finished second in their group, only losing to Team Liquid who are currently nothing short of amazing. Although they lost their Upper Bracket match against Vici Gaming, they managed to take out Ninjas in Pyjamas and keep themselves in the run for TI.

2:0 victory over NiP allowed us to go up against @theAllianceGG tomorrow to determine who will claim the final TI9 invite! #epicgg #TornadoEnergy

Alliance is doing better lately and seems to improve constantly. They finished their group third after losing to VG and Virtus.pro but at least they won their first match against VP before that. They Lower Bracket run is not as impressive as OG's, kicking out Infamous and Royal Never Give Up, but it is still quite a feat.

In the match against Gambit, Alliance is going to take on their most difficult opponent in the Lower Bracket yet. If they won, this was nothing short of a sensation considering they went into the tournament as an underdog compared to those teams that are already out. In the next match, Virtus.pro awaits the coming of their next rivals. If Gambit was victorious, the Russian crowd would get to see an awesome match between their two home teams. If it was Alliance this would be a second rematch between them and VP.

Team Liquid's run has been extremely impressive at the EPICENTER Major. No one had a clue how they would perform without the legendary Lasse 'Matumbaman' Urpalainen, and how Omar 'w33haa' Aliwi would fit into Liquid's game plan. The debut is a success, no matter if they make it to the Grand Finals tomorrow or not. They came out on top against EG and Gambit in their group, won an amazing series against PSG.LGD 2-0, and sent the Russian favourite Virtus.pro to the Lower Bracket.

In their next match-up, they have to put their true skill to the test: Vici Gaming has been equally dominant in Moscow. After taking first place in Group C, they went on against Gambit Esports in thei first Upper Bracket series. They defeated the CIS squad 2-0, advancing to the Upper Bracket semi-finals against TNC Predator. TNC turned out to be a real contender for the title and put up a hard fight. The Chinese stroke back, however, and managed to edge out a 2-1 victory.

Therefore, the Upper Bracket finals promise to be a duel of the titans. Team Liquid as well as Vici are on par, and this matchup is going to be just as exciting as the one's in the Lower Bracket, if not even more so. Can the new Liquid even take out Vici?


What is your favourite storyline for the last days of EPICENTER?