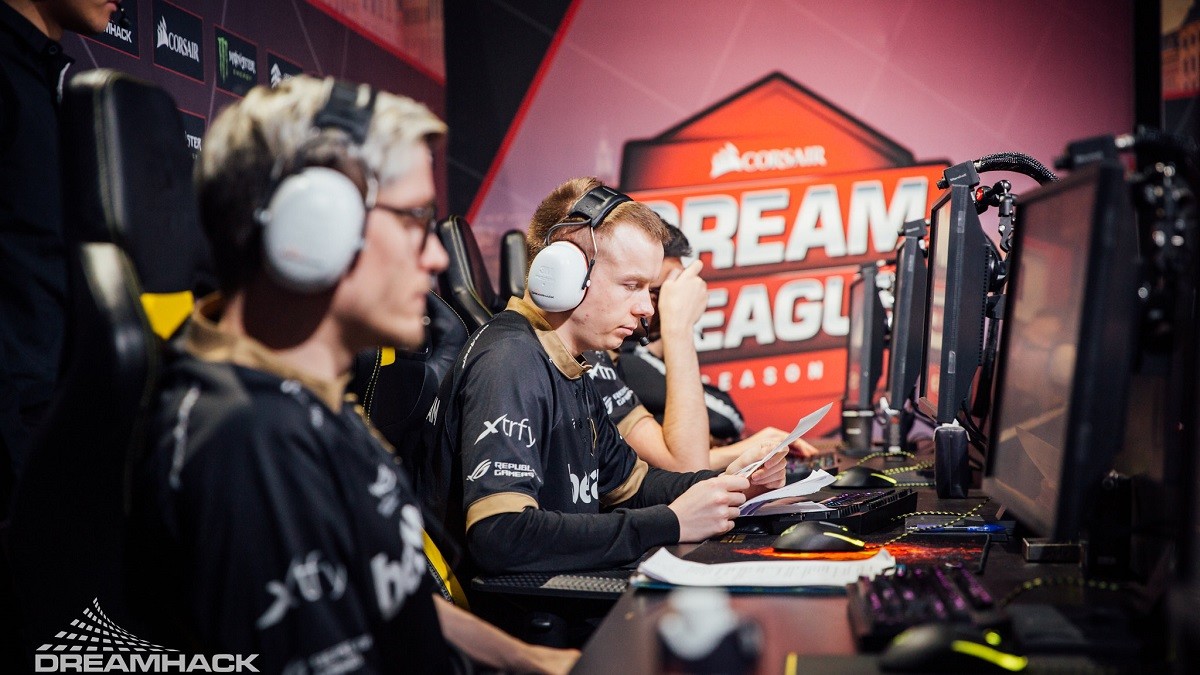 posted by Brasozial,
The last Minor of the season is about to start! Not only will the eight competing teams fight for the crown in Kiev but also for two Major slots. Who will make it to the EPICENTER Major in Moscow?
ADVERTISING:

South American teams have been proving more than once this season that they're about to close the gap to the top regions. However, it's still unlikely that Team Anvorgesa surrounding SA veterans Adrian 'Wisper' Cesperes and Steve 'stingeR' Vargas are going to make it to the Major. Yet, they might be still able to upset one of the teams and survive the group stage.

They have the talent and experience to beat some of the other squads competing. It's already the third Minor for the Bolivian star Wisper in this Dota 2 Pro Circuit season. His best run was at the Dota PIT Minor, where he finished 4th place with FreeStyle.

It's a surprise to see the The International 2018 participant in a DPC tournament. Winstrike hasn't shown any good performances on international level after TI8. However, it seems like adding Ilya 'Lil' Ilyuk, Alexander 'Nofear' Churochkin and Zaur 'Cooman' Shakhmurzaev was the right choice.

Our happy family has already arrived in Kiev and is actively preparing for StarLadder ImbaTV Dota 2 Minor💪 pic.twitter.com/A1tXmfFipI

Especially Lil will be pleased with this success. He tried many different teams this season to make it to a DPC event - and it finally worked out for him. It would be still surprising to see Winstrike as a top contender for the trophy in Kiev. But maybe the home advantage helps them to gain enough momentum and beat their opponents.

Team Sirius surprised us last week by swaping a player just a few days prior to the Minor. They decided to replace their former star offlaner He 'InFlame' Yongzheng with Xiaodong 'InJuly' Yang.

The 26-year-old Chinese veteran played already for teams like iG.Vitality, Invictus Gaming and DK*. They are the dark horse in Kiev, because Sirius is so young as a team that they havn't have the chance to compete against Western teams yet.

Tang '71' Wenyi rejoined Mineski in April as a coach and helped the new lineup surrounding the Filipino duo Michael 'ninjaboogie' Ross and Ryan Jay 'raging-potato' Qui to qualify for their first Minor this season.

Damien 'kpii' Chok and his team-mates are experiencing a lot of ups and downs this season: they qualified for two Majors and made it into the Grand Finals of ESL One Mumbai 2019. However, they had a rough start into the season and didn't make it to the first two rounds of the DPC.

Mineski are a decent team with the potential to scratch at the top 20, but this Minor holds tough competition for the Southeast-Asian squad.

compLexity Gaming took the chance and signed one of the best free agents on the market: Otávio 'tavo' Gabriel is part of the North American squad now. The Brazilian player could make a difference for coL and finally help Zakari 'ZfreeK' Freedman to win his first Dota 2 LAN tournament.

tavo, Galvin 'Meracle-' Kang Jian Wen and Adam Erwann 'Adam' Shah - -> these three players are on trial at coL right now. Winning this event could give them more leverage when negotiating new contracts. coL is one of North America's biggest hopes for The International 2019.

Alliance is back! This is a sentence we have written many times this season. It really surprised us to see Alliance doing so well in the toughest region and actually qualify for Major and Minor events. However, they still need to step up their game a bit more to finally be a threat at a LAN tournament.

Everyday with the #ALLFAM feels like it's #NationalBestFriendsDay 💚#BestFriends4Ever - tag your BFF and share with us [A] memory of you together! 🎈 pic.twitter.com/v7KHh2HsaL

Alliance's placements during this season consisted of a lot of 10-16 places. However, they proved already at the last Minor that they can come close to a victory. Maybe they can make the dream of a European final come true.

EHOME will try to stop them. The Chinese outfit has won a Minor this season, but lost a bunch of players. At least Zhang 'Faith Bian' Ruida recovered from his arm injury and will be leading his team again.

The squad is eager to make it to the Grand Finals, because they need the DPC points to hold their 12th place. EHOME could be one of three to four Chinese teams qualifying for The International to play in front of their home crowd.

Ninjas in Pyjamas is already qualified for The International 2019 in Shanghai. They are the favourite to win the event in Kiev. Peter 'ppd' Dager and his team-mates won the last Minor. The 5-6th place in Disneyland proved that NiP is getting in perfect shape just when TI is about to come close.

Signing sesh at 1700 today. I will not sign salt shakers. Don't be weird and no hugs.

Since two teams will qualify for the last Major it would be a surprise not to see NiP making it into the EPICENTER Major.

Who do you think will win the Minor?