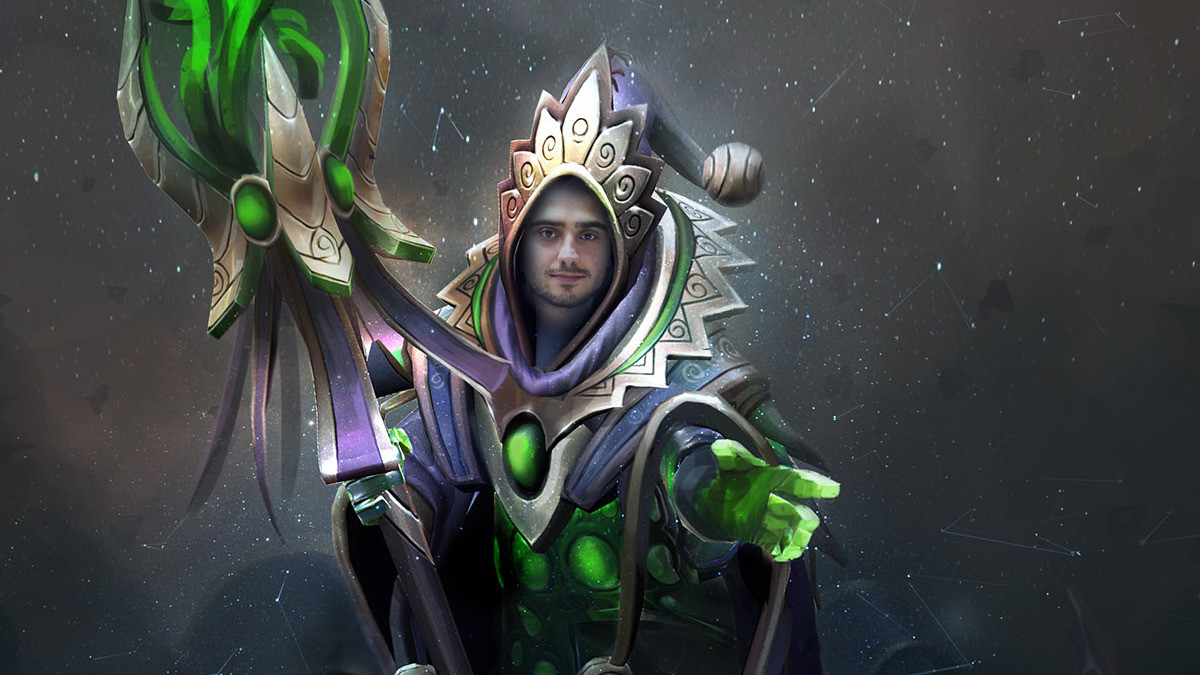 posted by EskayDota,
Sumail’s Storm Spirit, Maybe’s QoP and Era’s Chaos Knight. Who are the players with the highest winrates on which heroes?
ADVERTISING:

The father of the offlane: Saahil 'Universe' Arora. It would make sense that his iconic Faceless Void has the highest winrate of any player on any one hero. Sitting at 78.26%, Universe has played a total of 70 professional Faceless Void games, winning 55 and losing just 15. Universe’s plays are pretty synonymous with Void outside of the TI5 winning echo slam.

Behind Universe on the highest winrate on any one hero comes, somewhat surprisingly, Per Anders 'Pajkatt' Olsson L., with his Mirana. People who might have watched it live over the years would have said it was one to remember, but not many would associate Mirana and Pajkatt together. In fact, Pajkatt’s most played hero is Troll, with Mirana being his fourth most played, closely followed by Luna, Lifestealer, Weaver, Morphling and QoP, all sitting at just above 40 games each. Pajkatt’s winrate on Mirana matches Universe’s at 78.26%, but in fewer games.

Coming in third place is less of a surprising statistic; Artour 'Arteezy' Babaev on Lycan. Winning 55 out of 71 games, EG’s carry has a 77.46% winrate on Lycan, having won and loss a single more game than Universe’s Void. Other notable pairings in the top 10 are Sumail 'SumaiL' Syed Hassan’s Storm Spirit with a 76.92% winrate in 65 games, Ivan 'MinD_ContRoL' Borislavov’s Beastmaster with a slightly improved 77.19% winrate in 57 games and lastly, Wang Chun 'Ame' Yu’s Terrorblade with a similar 76.83% winrate in 82 games.

On the other end of the spectrum, we see a completely different story. The lowest winrate of any player on a specific hero is Evgeniy 'chshrct' Kostroma, with just 15 wins out of 49 Clockwerk games, although it’s been a while since chshrct has been at the forefront of the scene.

Taking a look further down the list, we have to dive down to 5th place to find more of a household name, with Sergey 'God' Bragin’s Dragon Knight sitting it a comfortably low winrate of 36.54% in 52 games. Just below him sits Complexity’s Galvin 'Meracle-' Kang Jian Wen, with a 38.30% winrate on Morphling in 47 games. Not a good sign for Complexity fans at the moment. Despite the statistic, that doesn't stop Meracle being an excellent Morphling player...

Outside of those few, there are only a handful of players that have less than a 40% winrate on any hero, most surprisingly is Danil 'Dendi' Ishutin’s Lina with exactly 40% winrate. The lowest winrate of any player on any hero with over 100 professional games on that hero is Andreas 'Cr1t-' Nielsen with Rubick, sitting at a happily mediocre 49.18% winrate in 122 games.

With the best and the worst out of the way, what are the winrates of those classic combos that us spectators know and love?

Xu 'Fy' Linsen is known for having two things: having five brains and playing Rubick. A hero he has played 201 times, the 6th most played Hero / Player combination ever to have happened. Sitting at a solid 58% winrate, the Chinese superstar actually can’t just yet statistically claim to be the best Rubick player of all time. Kuro S. 'KuroKy' Takhasomi sits in his way, with 224 Rubick games with a significantly higher winrate of 64.73% in 23 more games, totalling 224 games.

So, what’s even more classic than classic? What about Dendi on Pudge? Sitting at just 44 professional Pudge games, Dendi’s Pudge winrate is actually one of his best. With 30 wins out of the 44, his 68.18% winrate is the highest of any hero he has played more than 15 times. Underneath that is Dendi’s Magnus, where out of 100 games he has won 65. We can let you figure out the winrate for that one.

Lastly, Henrik 'AdmiralBulldog' Ahnberg’s Furion is the most played hero of any one player, with 234 games and an overwhelmingly positive 65.81% winrate. Winning 154 games and losing just 80, it’s safe to say that his is probably the most iconic of any player / hero combination.

Rubick features on the list the most, with Kuroky, Fy, Yazied 'YapzOr' Jaradat, Jerry 'EGM' Lundkvist, Wong Hock 'Chuan' Chuan, Zeng Rong 'MMY' Lei! and Ivan 'Vanskor' Skorokhod all having played with Rubick over 143 times each, making him the most frequently spammed hero by a select group of individuals in professional Dota.