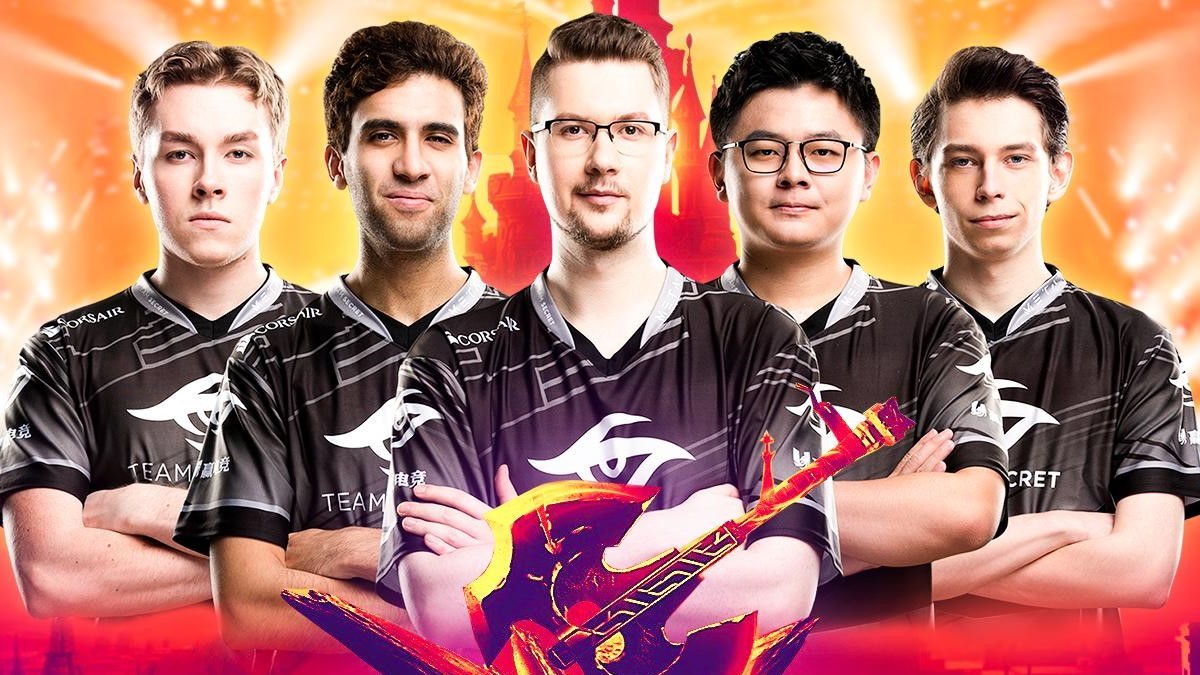 posted by CozmikMonkey,
Despite a ridiculous first game by Miracle-, Team Secret took a dominant 3-1 series victory against Team Liquid to be crowned champion of the MDL Disneyland Paris Major.
ADVERTISING:

Miracle- gets a quad Rampage, rips a hole in space-time

Team Liquid's star player Amer 'Miracle-' Al-Barkawi broke none of his momentum from their earlier series with Evil Geniuses, absolutely crushing Team Secret in Game One. Secret picked up Outworld Devourer for Yeik Nai 'MidOne' Zheng in the hopes of deterring a Miracle- Morphling, but it did not work.

Liquid created an early lead, shutting down both MidOne and Michał 'Nisha' Jankowski while Miracle- farmed uncontested. He finished the game with a 23-1-9 KDA and put an exclamation mark on his perforamnce with an unholy quad Rampage.

MidOne returns the favour with a relentless Arc Warden

The beating Team Secret took did not transition over to Game Two, however. They put together a strong draft surrounding MidOne's 9-1-14 Arc Warden and executed their strategy perfectly. Ludwig 'zai' Wåhlberg was ferocious on his 9-5-16 Sand King, making tons of space for his team while MidOne outpushed and outfarmed Liquid.

When it came time to siege Team Liquid's base, MidOne would litter the field with Spark Wraiths, ensuring Liquid had little ability to defend. After a final teamfight outside their fountain Team Liquid finally called GG.

The Team Secret midlaner continued his dominance in Game Three with an explosive performance on Templar Assassin. Despite Liquid going out of their way to pick up Morphling for Miracle-, Secret was ready for the hero with a dual counterpick of Lion and Doom.

Even very early on MidOne was styling on Liquid—able to fight and kill Lasse 'Matumbaman' Urpalainen's Razor during a 3-vs-1 at their shrine—and continued that domination throughout the game. Whenever Miracle- tried to engage, Clement 'Puppey' Ivanov's Lion and Zai's Doom would prioritize locking him down. Liquid could not stop Secret's push and were forced to concede after a lost teamfight outside their own base.

By the fourth game Miracle-'s earlier domination was all but completely forgotten. Team Liquid drafted him Anti-Mage, but Team Secret did not let the game go late. They once more jumped out to an early lead and played with incredible efficiency to extend their advantage and ensure Anti-Mage stayed behind in farm.

Zai had a ridiculous game on Pangolier, constantly interrupting key Liquid heroes during teamfights; but the real raid boss was Nisha. His 7-0-10 Sven poured out an enormous amount of DPS over Team Liquid who could scarcely stand against him in fights; there was very little Team Liquid could do to stop Secret at all. After a final lost teamfight they called GG and relinquished the tournament to Team Secret.


It's indisputable: Team Secret are the best in the world.