posted by EskayDota,
There’s a number of top class players still without a team before the final set of qualifiers approach.
ADVERTISING:

It’s not often a TI winner is still active and sits without a team for long. Saahil 'Universe' Arora is taking a break from professional Dota since Forward Gaming’s roster changes, but will undoubtedly make a big return when the moment is right. Previously the famous offlaner spoke about maybe making the switch to a position 4 support, which could be something that accompanies his return.

David 'Moonmeander' Tan is one of the most decorated players out there. Achieving big things with the original OG lineup, the offlaner and sometimes support has failed to find his feed since his time with OG. Recently many fans had high hopes for Moon with his time on a star-studded Tigers line-up, however with the departure of Chai 'Mushi' Yee Fung, things didn’t pan out so well. It’s only a matter of time before Moon finds himself in a top tier team once again.

How can you mention Universe and not reference this beautiful play?

Milan 'MiLAN' Kozomara is one of the rare veterans of Dota 2. Despite relative success over the years with a number of different organisations and rosters, MiLAN found his most successful period on one of his more recent rosters; marchoutofarmy turned J.Storm. Despite some excellent, stand-out and game winning performances from the player, he was kicked from the roster. After a brief spell on Winstrike, MiLAN has been teamless since.

It isn’t often an ex-player of Team Secret goes teamless for a long period of time. Before and after his time on Team Secret, Maurice 'KheZu' Gutmann has iterated through stacks of European players, many of whom have played together on various teams or another. Some find success, some do not. Whether this pattern continues or whether Khezu begins looking for a new outlet to succeed with is a question many of his fans will be asking.

He’s played for most teams in his region, and a handful outside. Alliance, Natus Vincere, OG, OpTic Gaming, Digital Chaos*, LGD, and Evil Geniuses are just some of the names under Per Anders 'Pajkatt' Olsson L.’s belt, and there's a reason he’s so widely respected. Often seen as the mercenary carry to hire, Pajkatt’s periods outside of a team never last too long, including a once very successful venture into coaching, where he took Digital Chaos to second place at TI6. Could coaching be where Pajkatt ends up once again? 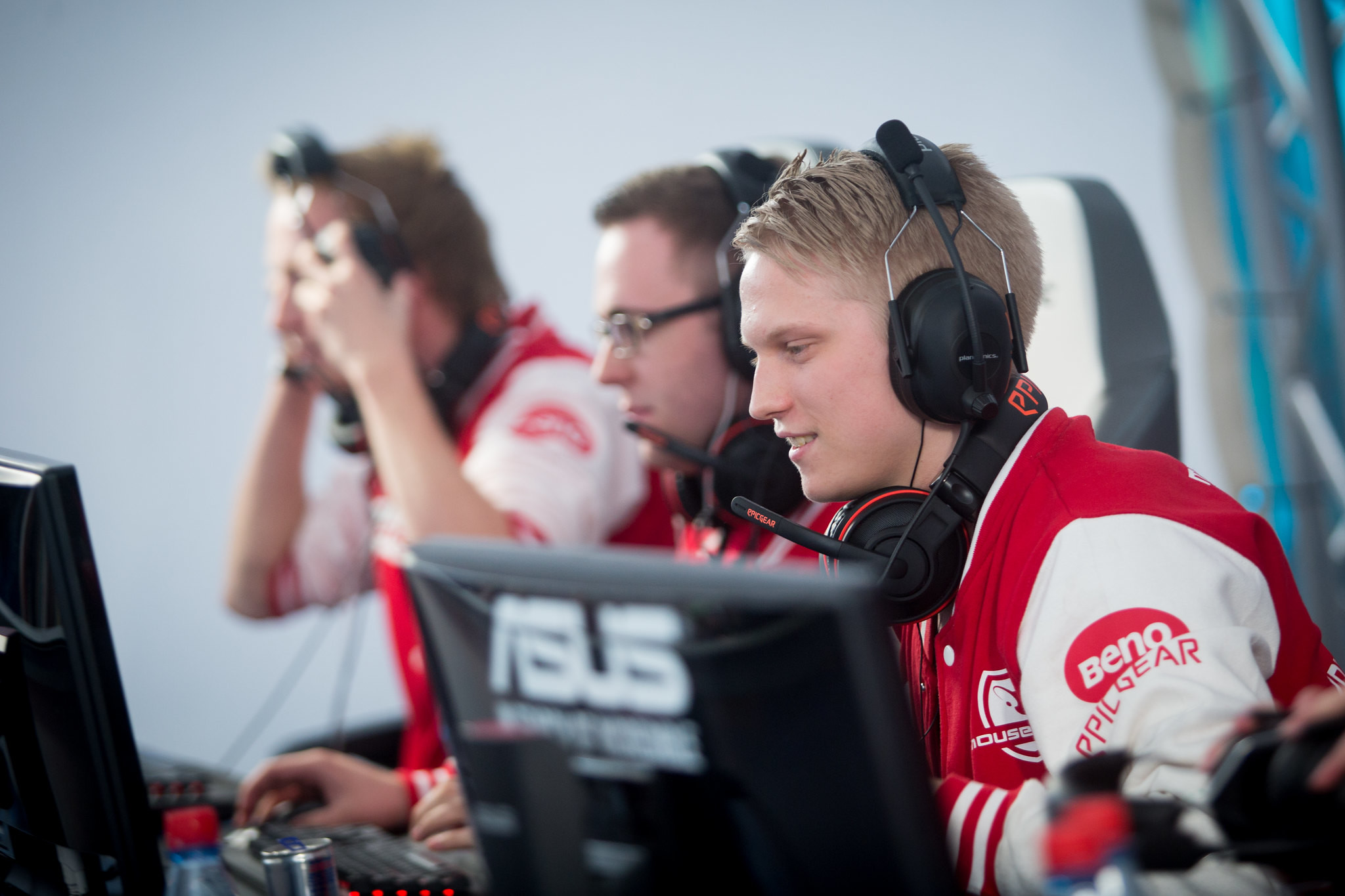 Johan 'pieliedie' Åström is a tier 1 player through and through. Most recently finishing a spell in the SEA region after bouts on Fnatic and Mineski, Pieliedie finds himself teamless. It’s a rare occasion that Johan isn’t on a team – a strong one at that – in the run up to The International, and that seems likely to change. Currently sitting with the Speed Gaming banner on Twitter, fans will only hope that it’s a suggestion of teammates he might be playing with again in the future.

The CIS scene is always in a little bit of turmoil outside the powerhouse of Virtus.pro. When Viktor 'GeneRaL' Nigrini first joined Na’Vi he impressed so many. GeneraL performed so well on the big stage that he was one of the most desirable players to play with for a very long time. Plays like the one below were a regular occurrence – he was a joy to watch. Since leaving Na’Vi, GeneraL played alongside Ilya 'Lil' Ilyuk for a brief amount of time, but has remained teamless for the entire season so far.

When Gleb 'Funn1k' Lipatnikov left Na’Vi, many had high hopes for him. A brief stint on Team Empire and Team Spirit were somewhat successful, but weren’t really enough. Funn1k has had a team for TI every year so far, and it’s unlikely that this year will be different – it’s only a matter of time before a team featuring Funn1k resurfaces.

Xiaodong 'InJuly' Yang’s spell with Invictus Gaming as an organsation lasted the span of 2 and a half years. With a star-studded history and a number of victories, the pubstar will likely return in the run up to TI in just a few months. Having played with a big number of players over the years, we can be certain that whoever InJuly does return with, they will also be household names.

Chen 'Cty' Tianyu is another big name currently teamless in the Chinese region. Towards the end of 2016 after leaving Vici Gaming, Cty took a break from competitive Dota 2, but made his return with a strong EHOME roster. Unfortunately, the roster recently had an unsuccessful DPC season and Cty has remained without a team since. Having not announced anything regarding inactivity or retirement, Cty is certainly a name that Chinese teams will be looking to acquire. 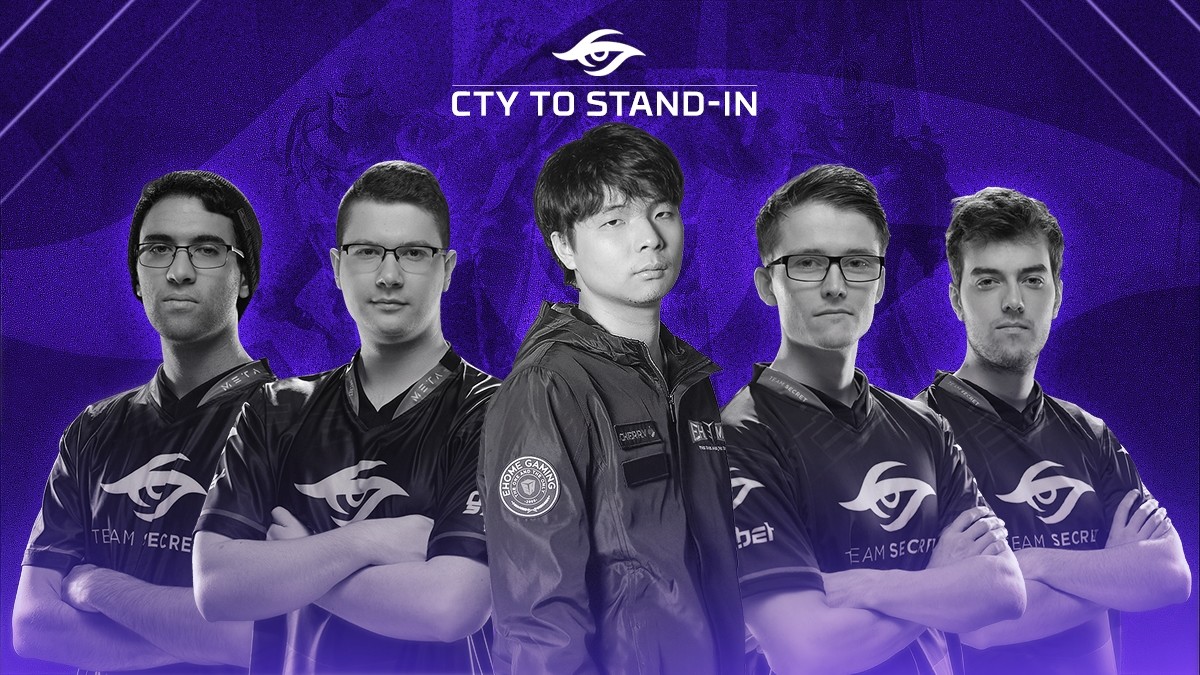 Keen Gaming were underdogs upon their formation. After some very surprising results, they became a household name of a team. Their carry, Jin 'zhizhizhi' Zhiyi, was recognised as a truly skilful player with a lot to prove. Since his time on Keen Gaming, he spent the entirety of last year until just a week and a bit ago on the Team Serenity roster. The team found a number of successes here and there, until he split from the roster. Active, skilful and feared, it’s only a matter of time before zhizhizhi finds a new home.

Mushi’s departure from Mineski came as not much of a surprise to many who had followed their performances. However, a move to play with Danil 'Dendi' Ishutin was one that was definitely more surprising, and an offer that not many players could pass up. A slow start for Tigers had fans disappointed, but Mushi’s decision to leave, this time, definitely did come as a surprise; he must have had an incredible offer – and that he did. Moving to play as Team Aster’s midlaner, Aster became even more of an all star lineup than imaginable. However, the roster clearly didn’t gel well as a lot of the players changed out somewhat soon after Mushi’s addition, it leaves the Malaysian legend teamless.

Mushi's stint with Aster was brief but and somewhat lacklustre.

DeToNator achieved some significant regional success, winning a number of tournaments in the SEA region. They began winning Open Qualifiers, but didn’t quite begin achieving any DPC success. They shuffled their roster, leaving Samson E. 'SamH' Hidalgo teamless after around half a year with the organisation. Sam_H’s old TNC Predator teammate Marc Polo Luis 'Raven' Fausto, is also currently without a team.

Raven is a bit of a wonderkid as a carry. Only 20 and already established as one of the fiercest carries from the Philipines, with a number of successes under his belt in his career, Sam_H spent a significant proportion of 2018 with Lotac, a group of veteran SEA players. He played alongside Mushi’s former teammates Ng 'YamateH' Wei Poong and Chong Xin 'Ohaiyo' Khoo, and almost suffering the same fate as former teammate Sam_H.

Lotac were eventually released, and Raven has been without a team for about a month. These two are likely candidates to start up a new team together, provided either of them don’t look to close gaps on incomplete rosters.