Six newcomer debuts in the DPC - players to watch 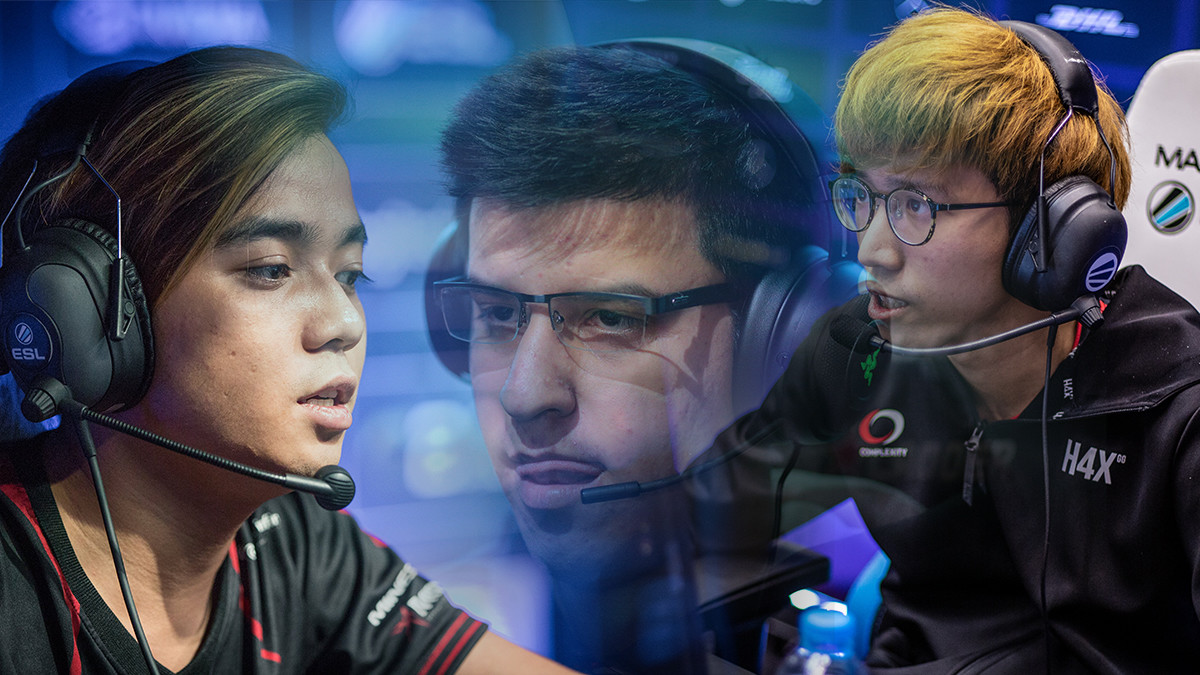 posted by Brasozial,
The fourth round of DPC tournaments is about to start: it will kick off with the StarLadder ImbaTV Dota 2 Minor in Croatia on April 22. One week after the Grand Finals in Split all eyes will be set on the Disneyland Major starting on May 4. Here are six players that will play for the first time in the DPC this season.
ADVERTISING:

We're excited about the new additions to the team and looking forward to seeing how they shake things up in the weeks ahead! #PushForward

The support has already played for several teams in NA, but didn't have any notable success before joining Forward: he won the Midas Mode: North America Division with OpTic Gaming and finished fourth place in the WESG 2017 NA qualifier.

With Forward Gaming, however, he has already won his first tournament: Qi Invitational Americas. They beat J.Storm and Team Team in the playoffs.

Kitrak himself is a strong position five support who likes to play solid support heroes such as Bane, Disruptor and Witch Doctor. He's a stable factor for Forward Gaming and could lead them to a good placement at the Minor.

Chris Brown, Chris Luck or Charlie Brown - the Peruvian mid laner has many names and might not have been on your radar so far, but he's a talented South American player who is aiming for Enzo 'Timado' Gianoli's foot steps in Peru.

He started playing for Gorillaz - Pride in 2018 and has won the jDL twice already. However, his biggest achievement is the qualification for the Minor in Croatia with Pacific Esports that was renamed to Majestic Esport* after qualifying for the DPC event.

The South American mix won against Thunder Predator and Team X - two Peruvian all-star lineups - in the qualifier and proved that they deserve to represent their region. His best heroes so far are conservative mid lane heroes such as Viper, Puck and Shadow Fiend.

kodos- started to play for Empire's secondary squad Team Empire Hope in October 2018. It didn't take long for the Russian organisation to recognise his talent. Empire.Hope and Faith have been dissolved by Team Empire in January 2019 to unite them into a single good squad in which they included kodos.

The Russian mid laner didn't need much time for his first international success: he qualified for the fourth Major of the season and will travel to Disneyland with his team. He's a strong mid laner who is used to play heroes like Invoker and Pangolier. His Pangolier, in particular, is very strong: he has a 80% win rate on this hero and an average KDA of 6.04.

Thiago 'Thiolicor' Cordeiro has already been part of the professional scene for quite some time. He even qualified for the first DPC event ever: the ESL One Hamburg 2017. The support player finished 7th-8th place with SG e-sports.

The Brazilian also attended the GESC E-Series: Bangkok, ESL One Genting 2018 and WESG 2017. Before that he played for popular Brazilian organisations such as g3nerationX, Keyd Stars and Midas Club Elite.

By the start of April he started to play for Butterfly Effect's new squad alongside the veterans Adriano '4DR' Machado and Rodrigo 'Lelis' Santos. Right after qualifying for the Major they got signed by paiN Gaming*. The funny story here is that they got signed by paiN after winning against Chaos Esports Club - paiN's former squad.

Thiolicor is one of the young talented players of the South American scene. He's 19 years old and has already gained a lot of experience by attending Valve events in the past. We'll see if he can surprise at this Major and lead paiN to the next upsets.

The Filipino position four support joined Mineski before the qualifier started. Before that he won the joinDOTA League Season 15 with Yoshimoto.Detonator alongside Samson E. 'SamH' Hidalgo.

He helped Mineski to qualify for their first Major of this season after many disappointments and roster changes. The favourite heroes of the 23-year-old are Ember Spirit or Queen of Pain, but switching to support some time ago changed his hero pool. In his recent matches he played popular position four heroes such as Nyx or Earth Spirit. He could be an important factor for Mineski at the Major.

Often mistaken for Team Liquid's mid laner Galvin 'Meracle-' Kang Jian Wen is actually a top-level mid laner from South-east Asia. The Singaporean player is actually not a newcomer, as he played in several teams over the last years. He took his first steps at First Departure* in 2012.

Although he played for South-east Asian power houses such as Mineski, Fnatic or WarriorsGaming.Unity, he attended his first Valve event with the Chinese organisation iG.Vitality - the Mars Media Dota 2 League: Changsha where they finished in the 9th-10th place.

The team disbanded in June 2018 after failing in the TI qualifiers. He had to wait five more months to find a new top-level team. Since then he's been playing for the North American organisation compLexity Gaming and will attend his first Major now.

Does any of these players have the potential to become a top notch player?