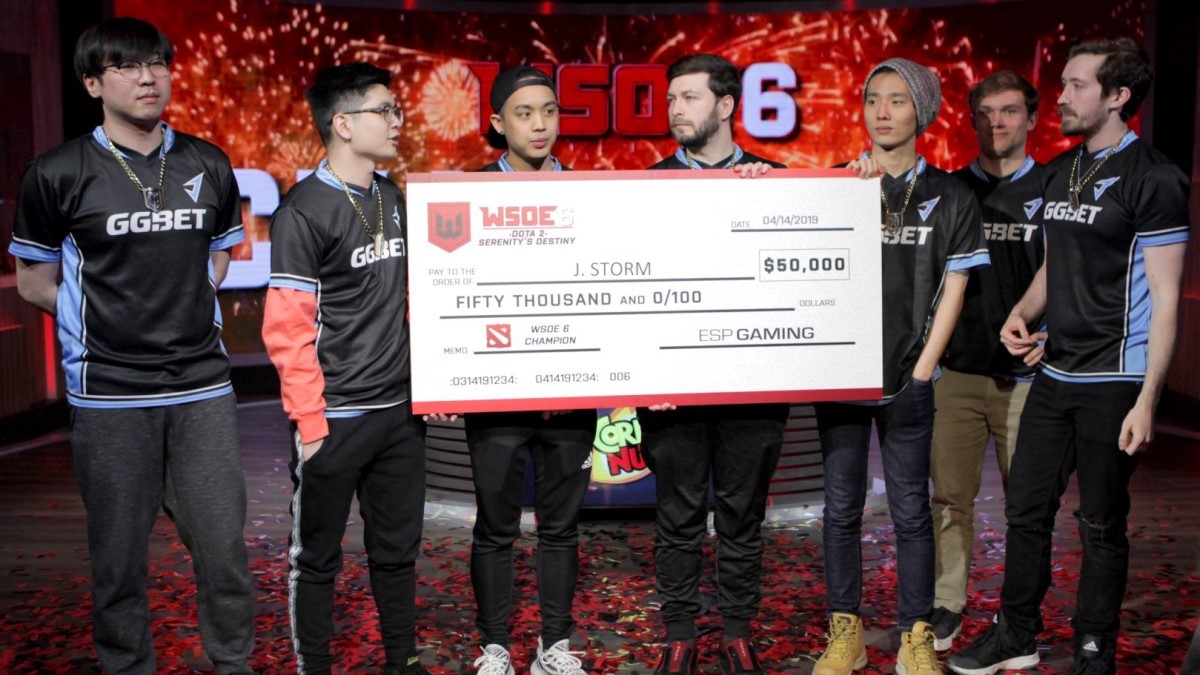 posted by CozmikMonkey,
The Grand Finals went the full five games, but after many intense matches, J.Storm was able to pull out a miracle victory in the decisive game to be crown champion of World Showdown of Esports #6.
ADVERTISING:

Team Serenity jumped out to a strong start in the series, taking the first game without ever losing the lead. Zyd's Kunkka in particular did a lot of work to help Serenity control the tempo of the game, finishing 14-1-11.

As the match went on, Chu 'Shadow' Zeyu was able to build a lot of farm on his Troll Warlord and in the end it was too much for J.Storm who conceded at 39 minutes.

A Tale of Two Black Holes

Game Two was a fairly bloody match, with 62 kills in 51 minutes. J.Storm started with the lead, but another strong performance on Shadow's Troll helped Serenity take the lead in the midgame. They threatened J.Storm's highground but were not able to breach it.

J.Storm equalized in the lategame, and a long fight between the two teams enabled Fear used two different Black Holes on his Enimga—one getting canceled, the other landing—which helped ensure victory for J.Storm in Game Two.

If it wasn't obvious by now, Shadow had one hell of a series. His 13-1-9 Naga Siren in Game Three was virtually unkillable. Serenity built a strong lead early on and Shadow capitalized on it with good farm. By the end of the game David 'Moo' Hull's Naix could not even attempt to go toe to toe with the Naga, and J.Storm called the GG at 37 minutes.

The fourth match was an absolute stomp for J.Storm. They held Serenity to only 3 kills in 27 minutes while Jonathan Bryle 'Bryle' Santos De Guia and Moo went to town on Necrophos and Sven. Importantly, Shadow was kept to no kills on his Morphling and by the time J.Storm was knocking on Serenity's door the game was already over.

The fifth and deciding game was a 72 minute, 90 kill riot of a match. For almost 40 minutes both sides exchanged loads of kills and stayed even. But after, thanks in huge part to Shadow's 17-6-15 Troll, Serenity took a massive lead. They constantly pushed J.Storm's base, taking the middle and bottom lanes of barracks.

J.Storm unseats Team Serenity in impressive fashion and is crowned the new champion of World Showdown of Esports #6.

After a disappointing few weeks, is J.Storm finally back?