"They look like champions to me" - Underdog stories of Dota's past 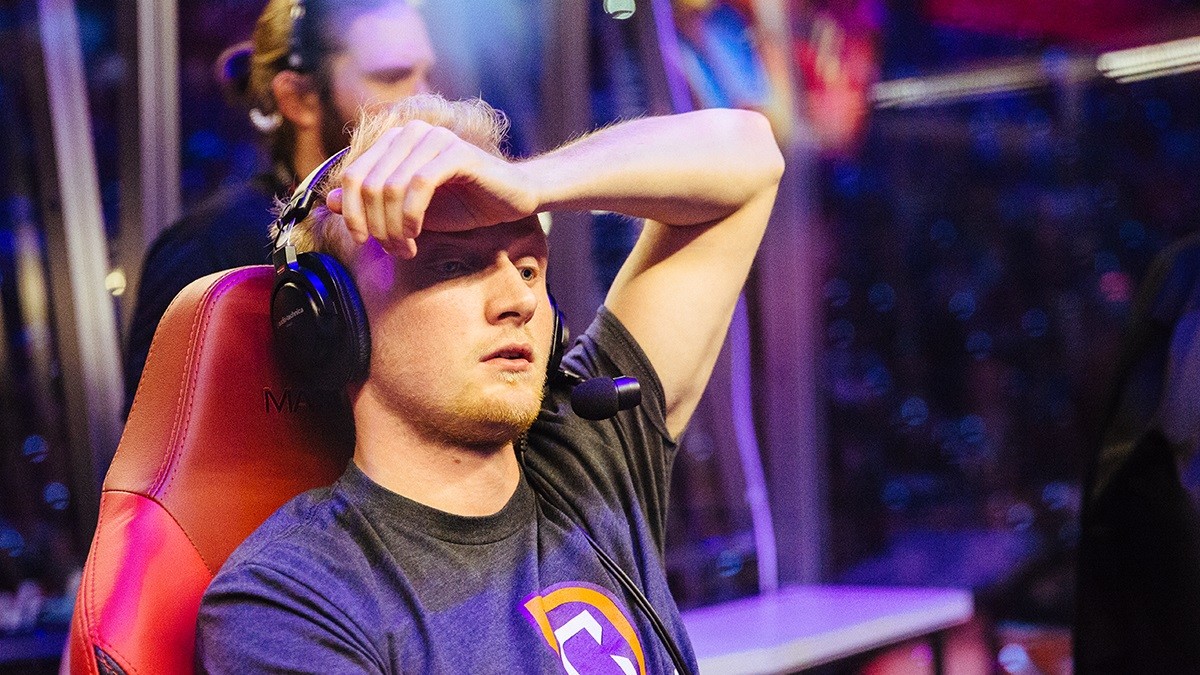 posted by EskayDota,
Everybody loves an underdog story, and with OG winning TI8 we may never have one that beats it. There were plenty of times when teams came close.
ADVERTISING:

In the late months of 2016, the cornerstone of the Dota tournament landscape were Valve’s seasonal Majors. The teams to beat at the beginning of the 16/17 season were Virtus.pro, OG, Team Liquid and Newbee. PSG.LGD were strong contenders, and other teams were residually afraid of Wings off the back of their TI success. After a tight groupstage in the European qualifiers, Secret, Virtus Pro, Liquid and, by a margin of a single victory, Ad Finem, all made their way to the second edition of the Boston Major.

The Greek team of friends had been amongst the invited teams in the European qualifiers, and were no strangers to playing against the best of the best. They had never particularly found their successes, however, and needed a good group to qualify for the main event. Beyond that, they would have to brandish an honest miracle to roll with the punches from the heavyweights.

Even though Ad Finem didn’t take the gold, their route to the final went down in history as one of the best underdog storylines our game has to offer They began the upsets early, quickly taking out Newbee in the single elimination bracket, a surprising result from being 1-0 down in their best of three. Brushing aside LGD.FY, and Digital Chaos, going rom being third in their group they found themselves against reigning champions OG.

The grand final was an incredible series. One of the most iconic and hype¬d moments of Dota’s history took place in game three, as Ad Finem provided this masterful destruction of OG’s throne. Not only was it beyond exciting, but it gave overwhelming hope to the fans of the underdogs, that the series could last the full 5 games.

Sadly, OG took the series in the next game, putting an end to the underdog’s dreams. The story, and just how close Ad Finem came, would always be remembered.

Second place is nothing to be overlooked. Coming second in a DPC competition, regardless of it being a Major or Minor, is still a significant achievement. Coming second at TI, is a different story. This story, of all things, starts with Team Secret.

The team had some success in their early formation, but struggled, similarly to Ad Finem, against the best of the best – until TI6 rolled around. Only just qualifying by beating complexity 3-2 in the final of the Americas qualifiers, expectations were low for the international melting pot that was DC. They exceeded these expectations massively in the group stage, placing second against the odds. The biggest upsets of the group were DC’s victories over Fnatic, Liquid and of course, the ultimate comeback story, Secret.

The success stopped here for DC. They were gifted a game in the grand finals by Wings picking some very out-of-meta heroes (including a Pudge), in what was one of the biggest displays of confidence, but also one of the more bizarre moments in Dota’s history. DC’s run, Misery’s passion, Moo’s Timbersaw and his supportive mother, Resolut1on’s carries, w33 and Saksa’s flashy plays would earn them all the respect and admiration they rightfully deserved.

SG e-sports were an important part of Dota’s history. In 2017, they became the first Brazilian team to ever attend a Valve Major. Formed from the dropped roster of paiN, the team made their way to the Kiev major through the lower bracket of the South American qualifiers, taking out the Peruvian powerhouse of Not Today 2-1 in a close finals.

To say SG were underdogs was an understatement. The other teams attending were previous Major winners, TI finalists, veterans of the scene or up and coming rosters. The other teams that earned their place at the Major were scary; let alone the invited teams. The groupstage did not go well for KingRD and friends, placing dead last out of 16, losing series to Liquid, Faceless and OG, despite taking a game off of the boys in green.

SG would face up against Team Secret, who 2-0’d all of their series and placed a comfortable first place in the group. Their hardest imaginable opponents. The first game was a stomp, and all was going according to expectations.

But in Game 2, something changed. We can’t be certain what, but it was the change that SG needed; they weren’t sticking to the script. What followed was the most intense series of Dota 2 imaginable. They defeated Secret 2-1 in an exhilarating spectacle. The final game lasted a full 57 minutes, with exhausting mental games being played on both sides. Their victory raised more questions about Secret, as opposed to the ability of SG esports, but their final series in their run would be even more breathtaking.

Moving on to play EG, SG’s match became the highlight of the day. Everyone wanted to see if the underdogs could do it again. A pretty lacklustre game 1 saw EG take an early lead, and we saw the same cogs in SG turn as we did in the day prior. Their game two was an incredible feat, and watching Otávio 'tavo' Gabriel’s multiple game winning black holes, SG had made a name for themselves as a team that should categorically not be underestimated.

Sadly, their run would end there, but for a brief firework of a moment, SG shone bright on the main stage. They earned the adoration of the South American scene. Years of hard work was finally solidified by two incredible series for these players. Much to the disappointment of fans of entertaining Dota and despite their elimination, SG’s run was a fairytale storyline primed and ready to make history. Maybe another day. Chaos Esports Club, we’re watching.