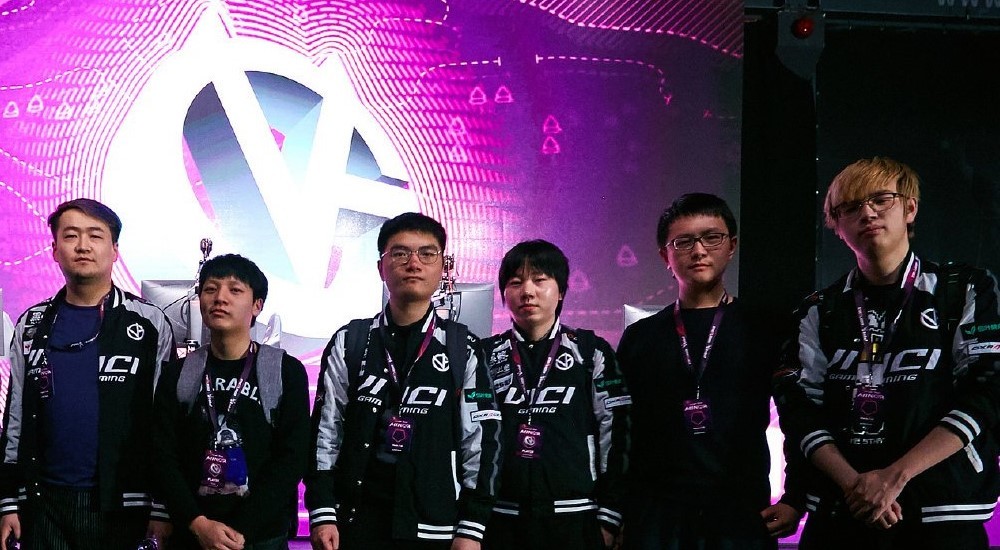 posted by CozmikMonkey,
The Starladder ImbaTV Dota 2 Minor has finished, bringing us some very interesting results and storylines. Here are our five takeaways from the weekend.
ADVERTISING:

The Latin term "vici" loosely translates into English as "I conquered." This is exactly what Bai 'rOtK' Fan's team did on the weekend, as they were far and away the best team in Kiev. Many will still be doubtful of Vici Gaming's ability to compete against top tier teams such as Virtus.pro or Team Secret, but it is hard to deny just how good they looked on the weekend. Not even Gambit Esports, who has been on an upward trajectory for some time, could stop them; and, in fact, Vici made them look completely out of their league.

In addition to this, Vici seems to be stepping it up as an entire team. Zhang 'Paparazi' Chengjun in particular looked ruthless, as in the Grand Finals he only died one time in all three games. His performance was so good it was reminiscent of Miracle's deathless run at MDL Macau this year. To say that another way: Paparazi is a top tier carry, and, after this weekend, it may not be so silly to consider Vici Gaming as a top tier team.

Gambit Esports is now beyond proving themselves. They have shown in the last few months that they understand the patch very well and are not a team to be taken lightly—they are a very good team. However, a trend seems to be starting in that they keep finishing in second place. Although it is true that they are a relatively new squad, and by many metrics have overperformed, their runner-up finishes at the SLI Minor and ESL One Katowice 2019 might point to an underlying problem.

In both series they lost to a team that looked a lot better than them—Team Secret and Vici Gaming, arguably both Tier One teams. If they cannot truly compete with these top tier teams, it means they need to step up their game and transcend their current skill level. If their fast and loose play style has been figured out, then they need to adapt, because if they don't, they may forever find themselves one series short of a trophy.

Third LAN in a row Gambit Dota 2 is able to overcome everyone apart from eventual champions. Gotta break this tendency rather sooner than later 💪

OG Is on Shaky Ground

Oh OG, what has happened to you? The International 2018 champions have really struggled to bring together anything resembling constancy in the months since their victory in August. Even with the addition of Igor 'ILTW' Filatov, who has performed very well for them, the fact remains that currently they are producing only middling results. They could not even make it to the Playoffs in Kiev.

When asked about their current problems, many will point to the fact that their championship at TI8 came on the back of a tournament run—a wave of momentum that no one could break; others will say that that their star player Anathan 'ana' Pham was the true reason for their success. No matter what the actual reasons are, it is clear that OG is only good sometimes, which—when compared to teams like Secret—makes them not particularly noteworthy. If Johan 'BigDaddyN0tail' Sundstein and his team cannot remedy the situation soon, OG's current incarnation might not last much longer.

This is where our #SLIMinor journey ends.
Sadly, we couldn't take the third game against Old but Gold. Gg to them!#DreamOG pic.twitter.com/dPHMqhWHWw

Who would have thought that a CIS team comprised of so many old school players would cause such a stir on the weekend? Even their team name pokes fun at their veteran status in the Dota 2 community. Regardless of any lack of expectations, however, Old But Gold were something of a revelation in Kiev. Many were intrigued when they unexpectedly beat OG, but many more were excited when they eliminated them in their group rematch. And although they lost to the eventual tournament champions, OBG definitely left a mark before their exit.

Competitors like Ilya 'Illidan Stormrage' Pivtsaev and Sergey 'God' Bragin have been in and out of the Dota spotlight for some time, but their performances at the Minor felt like a rebirth. The CIS region is looking very strong right now with both Virtus.pro and Gambit Esports, but OBG's intriguing mix of old players, young palyers, and a totally dynamic playstyle might mean there is a third CIS team to watch out for; we should all be watching very closely for what they do next.


The Phantom Creeps In

Just when you thought the new meta was helping to lessen the amount of Phantom Assassins in your pubs, Paparazi goes and effectively wins an entire tournament with the hero. Vici's carry player had a combined KDA of 28-0-18 with the hero in the Playoffs, often helping to dictate the pace of the entire game as well as butcher enemy heroes.

Furthermore, he wasn't the only person to make waves with the hero. Illidan eliminated OG with Phantom Assassin, and BOOM ID's RandyMuhammad 'Fervian' Sapoetra netted a rampage with her, too. It is clear that teams are learning how to draft around PA in a way that allows her to get consistent safe farm; and, clearly, when she is farmed, she is as fearsome in 7.21c as she was prior.

The current patch has in many ways favoured heroes which thrive in melee situations, such as Naix and Ursa as well. This is an important consideration, as this specific type of heroes appear to be strongly countered by the new hero, Mars. His eventual addition to Captain's Mode will no doubt have large consequences for professional teams and how they will play in upcoming tournaments. Until then, though, it seems that Phantom Assassin is back in vogue.

Does Vici Gaming have what it takes to win the DreamLeague S11 Major?