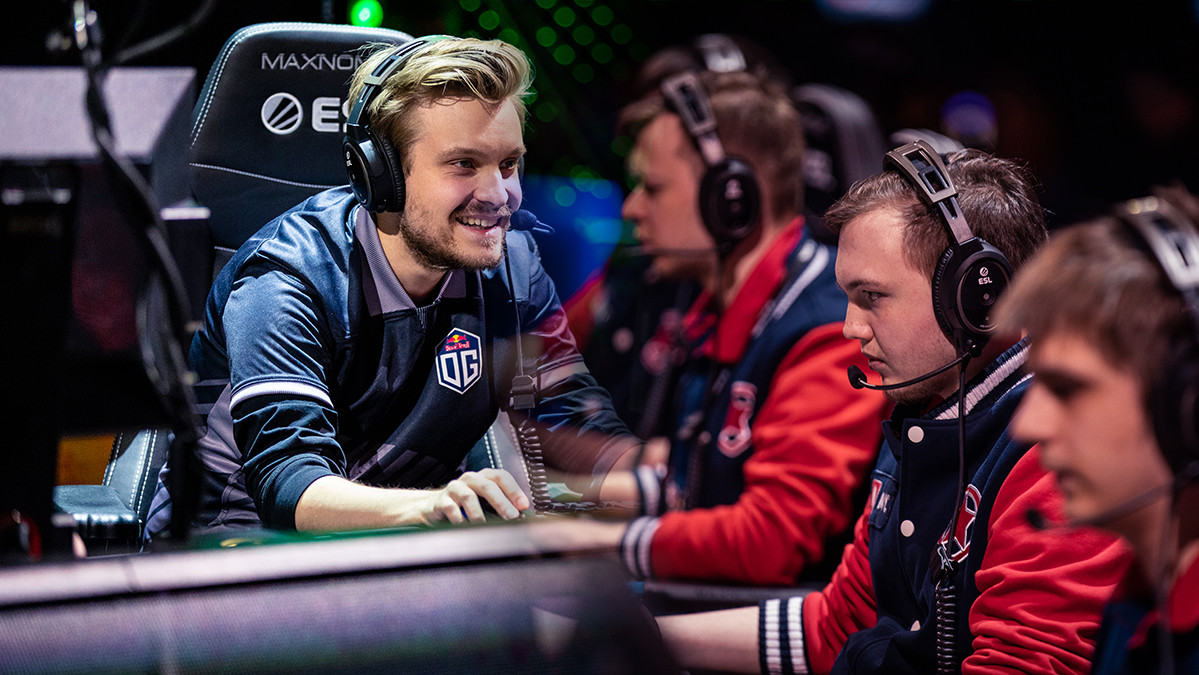 posted by Brasozial,
The Starladder ImbaTV Dota 2 Minor starts on March 7 and eight teams will compete for $300,000, important DPC points and the last ticket for the upcoming Major. Who will win the trophy in the end? Here is our Power Ranking for the event in the Ukraine.
ADVERTISING:

The Peruvian team played for Playmakers Esports at The Bucharest Minor and finished in 7th-8th place. After the event in Romania, they got picked up by Team Odd, but left the organization on Saturday after missing payments.

They'll compete at the Minor under the name Demolition Boys - and their chances to win the tournament are pretty low. They switched players in two positions: Elvis 'Scofield' de la Cruz and Yeremi Rodrigo Matute 'Jeimari' Aguinaga joined the team by the end of January 2019.

They lost against BOOM ID at the last Minor which is why we rank them in last place for the upcoming event.

The Indonesian team of BOOM ID didn't switch out any player during the break and will attend their second Minor in a row. They finished the tournament in Bucharest in 7th-8th place after losing to Team Team in one of the weirdest series in Dota 2 history - otherwise they maybe would have won that match.

However, they proved in South-East Asia that they're one of the strongest teams right now. The Indonesians around Alfi 'Khezcute' Syahrin Nelphyana beat Lotac and Yoshimoto.Detonator without losing a single match.

But their chances to win the Minor are as low as Demolition Boys' - the competition in Kiev is just too strong.

It's actually a surprise that Old But Gold made it through the CIS qualifier. Despite the tough competition, The Pango and Team Empire, they finished in second place.

The oldschool team around Ilya 'Illidan Stormrage' Pivtsaev and Stanislav 'BzzIsPerfect' Glushan beat Team Empire in the deciding game of the Lower Bracket to make it to Kiev.

They are the dark horse for the upcoming Minor because they haven't played many tournaments except for the Minor qualifier. They only attended WePlay! Dota 2 Valentine Madness and lost both games. The first match was against The Pango and the second in the Lower Bracket against The Final Tribe. It would still be a big surprise if the Russian squad can make it into the top four or even higher.

Jacky 'EternaLEnVy' Mao and JingJun 'Sneyking' Wu will attend their second Minor of this season. So far, they had a tough journey in this DPC: both players started playing for compLexity Gaming, but decided to leave the team.

EE and his offlaner joined Infamous for a short stint and even had a short time together with Clinton 'Fear' Loomis. Nobody expected them to achieve anything big this season, but they convinced us otherwise with their astonishing performances at the Minor qualifier.

Flying Penguins beat all three competing teams in their Lower Bracket run. Neither wut the frog nor TEAM TEAM and coL were able to stop EE's team. We'll see if they have the right tactics to stop the top four at the Minor.

#4 Royal Never Give Up

Royal Never Give Up has a core of three players right now that are playing for the organization since September 2018: Du 'Monet' Peng, Soon Chuan 'ah fu' Tue and Gao 'Shade' Zhenxiong are the pillars of the Chinese squad.

They already tried different players in the offlane and position five. For now Su 'Flyby' Lei and Zhi Cheng 'LaNm' Zhang are part of the team - with success.

RNG competed at Mars Media Dota 2 League: Macau 2019 against some of the best teams in the world and had a good showing. They made it into the Upper Bracket of the playoffs, but lost the matches against Team Liquid and Newbee to end up in 5th-6th place.

Vici Gaming also ended up in 5th-6th place at the event in Macau, but definitely proved that they're one of the strongest teams in China at the moment. TI veteran Leong 'ddc' Fatmeng replaced Pan 'Fade' Yi for that tournament and helped the team finish second in the group stage.

They had to play against Evil Geniuses in the Upper Bracket and lost 1-2, dropping into the Lower Bracket. Afterwards Vici Gaming faced Virtus.pro and came close to beating the CIS stars, but Aleksey 'Solo' Berezin and his teammates are too clutch to lose the deciding game against a team like VG right now.

However, this result wasn't a disappointment for the Chinese squad. They proved that they can compete with the strongest teams in the world. In Kiev they should have better chances: on a good day they can beat their Western opponents and secure their place at the Major.

The reigning TI champions proved at ESL One Katowice 2019 that they're finally recovering from losing Anathan 'Ana' Pham after The International 2018.

OG integrated the 19-year-old Russian talent Igor 'ILTW' Filatov way better into their own system now. They finished in 3rd place at the event in Poland after winning against Fnatic and Mineski.

Their run in the Lower Bracket Finals against Gambit Esports - their nemesis for the last months - ended abruptly. OG played several matches against the CIS squad around Artem 'fng' Barshack, but didn't win any important matches. This needs to change in Kiev if they want to secure the last slot for the Major.

Gambit Esports is the favourite to win the event in Kiev. They've played amazing Dota 2 since fng joined the squad with Aleksander 'Immersion' Khmelevskoi. The only weak point could be the mid lane:

Andrey 'Afoninje' Afonin will be playing at WESG 2018 and Rostislav 'fn' Lozovoi will be replace him. He will be the only Ukrainian player in Kiev.

Who do you think will win the third Minor of the season?