J.Storm plays "leagues above" Flying Penguins to qualify for ESL One Mumbai 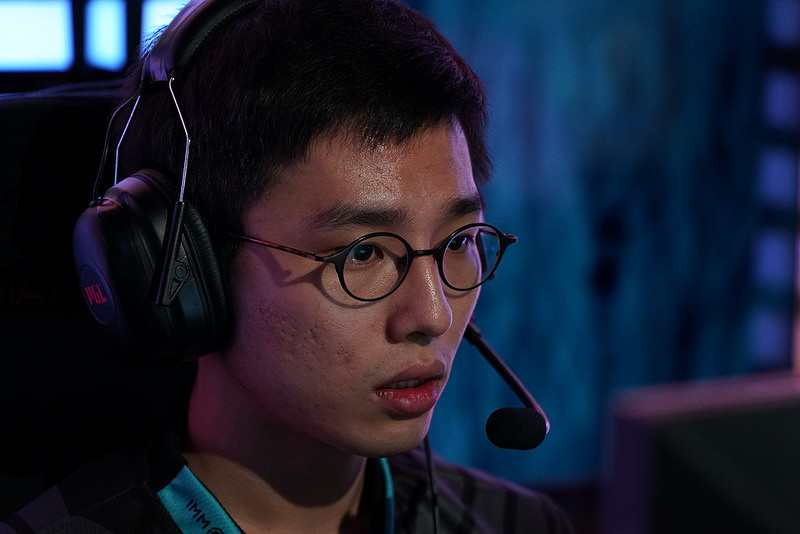 posted by CozmikMonkey,
Three more regions have been decided today for ESL One Mumbai qualifiers. Find out here which teams made it through.
ADVERTISING:

At some point in the final game of the Grand Finals featuring J.Storm and Flying Penguins, the commentators noted how J.Storm was playing "leagues above" every other team in the ESL One Mumbai 2019: North America Qualifier. It showed.

Game One was fairly thin on action, as there were only 22 kills in 29 minutes. Both teams were content to build farm on their cores while they traded kills here and there. However once the game turned from early to mid, it was noticeable that J.Storm was playing as a better unit. They made it difficult for Flying Penguins to take clean engagements and built a lead from the 18th minute onward by systematically taking objectives. Eventually J.Storm broke the middle lane, wiped Flying Penguins, and clinched victory.

Game Two saw Sang-Don 'FoREv' Lee go absolutely berserk on Timbersaw with a KDA of 20-2-11. He took part in 31 of J.Storm's 42 kills and was a constant menace around the map. Although Flying Penguins had a 5k net worth lead at 23 minutes, they were never able to actually take a teamfight, as J.Storm's teamplay was far too strong. Again J.Storm was able to take every tower in a methodical manner and eventually take the bottom lane's barracks. Only one fight later Jacky 'EternaLEnVy' Mao was forced to call GG.

With the victory J.Storm are now qualified for ESL One Mumbai 2019 as the winner of the North American bracket.

The Grand Finals of the ESL One Mumbai 2019: Europe/CIS Qualifier saw Team Jekich face off against the team that has powered through the entire qualifying bracket, The Pango.

In Game One Team Jeckich picked Terrorblade against The Pango's Phantom Assassin and Ember Spirit. Despite the clear narrative of The Pango needing to run over Terrorblade before he got any farm, the early game was somewhat quiet in terms of kills and thus both teams stayed relatively even. A very strong offlane performance by Maxim 'yoky' Kim on his 10-2-8 Leshrac helped create an immense amount of space against The Pango's aggressive lineup, allowing Terrorblade to farm. After a teamfight win at 22 minutes, Jekich were able to use Terrorblade's high damage output to break The Pango's base, clear the lanes, and ultimately take the win.

Game Two saw The Pango pick a very risky hero: Techies. But despite this monkey wrench, Team Jekich once again started off strong, able to build a small net worth lead while shutting down a lot of Techies' camping in the laning stage. However, the hero's mines still made pushing towers difficult for Jekich, and all the while Aibek 'Naive-' Tokayev was farming on his Troll Warlord. At 23 minutes The Pango were able to take a strong team fight, break the base, and eventually secure victory.

Game Three had a much higher tempo than the previous two games, with 53 kills happening in 32 minutes. Again it was Team Jekich that were able to take an early lead, mainly because of another good performance on Leshrac by yoky. However, Andrey 'Ghostik' Kadyk was not feeling charitable, and put in a dominating performance on his 12-1-11 Doom, allowing his core enough time to farm. A late teamfight allowed The Pango to nearly totally wipe Jekich, take their mid lane, and go straight for the throne.

With the victory The Pango has qualified for ESL One Mumbai as the winner of the Europe/CIS bracket.

TNC Predator had a very strong run through the bracket in the ESL One Mumbai 2019: Southeast Asia Qualifier, and they awaited 496 Gaming in the Grand Finals.

Game One was hectic, with the teams constantly swapping kills as well as the lead. Armel Paul 'Armel' Tabios had a strong showing for TNC Predator on his Ember Spirit, however it was not enough to stop 496's Anti-Mage, who continued to farm throughout the game and was worth 32.3k by the end. The hero proved too strong to fight in the late game and 496 were able to claim victory at 49 minutes.

Game Two saw both teams again exchange kills as well as the lead through 20 minutes. However Kim Villafuerte 'Gabbi / cb' Santos was having a particularly good performance on his 9-1-11 Phantom Assassin, amassing kills and gold while the game was still unsettled. The deadlock was finally broken at 22 minutes when 496 was teamwiped, allowing TNC Predator to take all three lanes save for the middle ranged barracks; they shortly thereafter secured the win.

Game Three felt as though TNC Predator was simply starting from where they left off in the previous game. They created an early lead that they built throughout the entire game, never one relinquishing it. Carlo 'Kuku' Palad's Nightstalker helped create a lot of space around the map while Gabbi, once again on Phantom Assassin, was able to upkeep farm and get so strong that 496 Gaming could no longer fight her. The game ended at only 27 minutes.

With the victory TNC Predator are now successfully qualified for ESL One Mumbai as the winner of the SEA bracket.

#TNCDOTA2 will be your Southeast Asian Representatives for #ESLOne Mumbai 2019! GGs to 496 Gaming for a great series.

Will the qualified teams be able to compete with the invited teams?