"He is the K-god" — three players and their iconic heroes 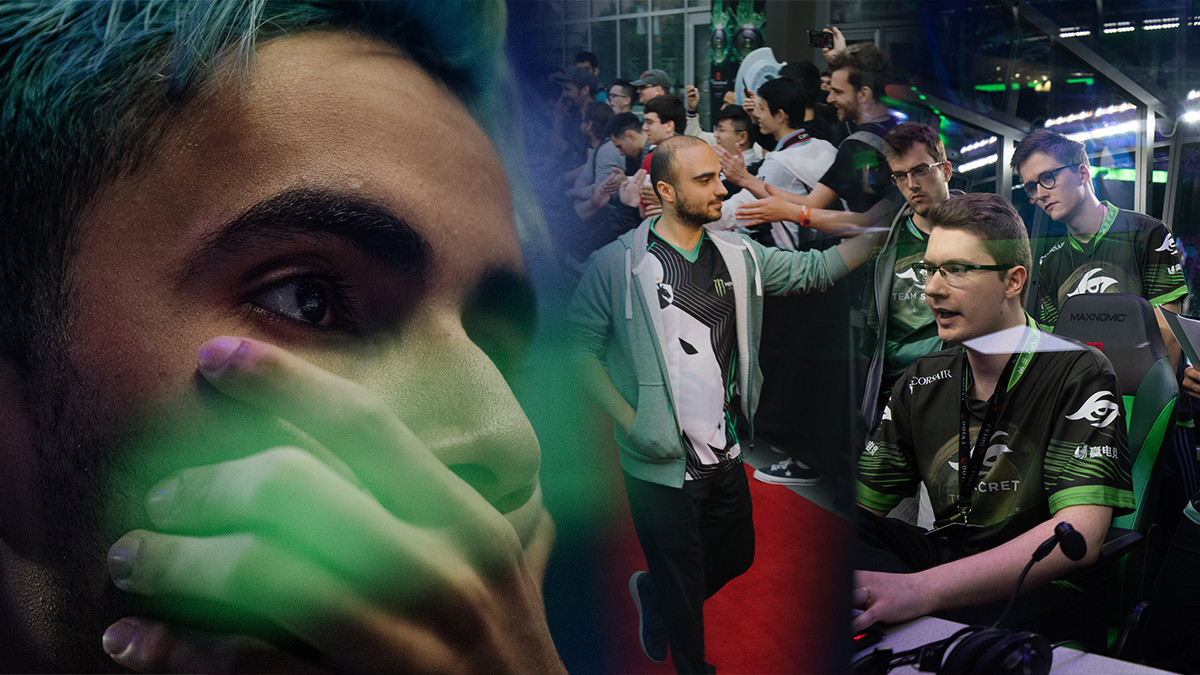 posted by CozmikMonkey,
In part two of our new series, we continue our look at well known players and their iconic heroes. We will be using the captains from this weekend's tournament champions, as well as the midlaner from one runner-up, as inspiration.
ADVERTISING:

There have been many revered Rubick players in the annals of Dota 2—Xu 'Fy' Linsen, Jerry 'EGM' Lundkvist, Yazied 'YapzOr' Jaradat, and more—but the true king of Rubick, the one who brought flashy Rubick play to the forefront, is Team Liquid's captain Kuro S. 'KuroKy' Takhasomi.

First, let's pause to consider the sheer breadth of Kuroky's ability: he has played 116 unique heroes across 1747 professional games; he has played more unique heroes than any other player in Dota 2. On top of this, he has a 67.9% winrate over 1538 matches on his three most notable teams of Liquid, Natus Vincere, and Team Secret.

On Rubick, however, he shines the brightest. Kuroky has 145 wins with the hero in 224 games, more than any other player in both regards. He also has a staggering 64.73% winrate. For reference, the highest winrate on Rubick with more than 100 games played is Ivan 'Vanskor' Skorokhod's 65.97%, but he only has 144 games under his belt—a whole 80 games less than Kuroky. Only Kuroky and Fy have more than 200 games on the hero, and between the two players, Kuroky's stats are notably better.

While his statistics are impressive, his true contribution to the hero is his often perfect positioning and his penchant for game-changing spell steals. He played the majority of his matches with the hero on Na'Vi and Team Secret, and in many ways revolutionized how to play the hero. He is truly deserving of the name "K-god".

The famous, meme-prone captain of Team Secret has been an preeminent personality in Dota 2 since the beginning. And without a doubt Clement 'Puppey' Ivanov's most paired hero is Chen.

Many will be quick to point out that, in the golden days of El Classico when Jonathan 'Loda' Berg's Alliance would constantly square off with Puppey's Na'Vi, it was Joakim 'Akke' Akterhall who was the true partner of Chen. While it is true that Akke holds the top spot for games played, wins, and winrate with the hero, it does not nullify exactly how much Puppey's play on the hero changed the meta surrounding him.

Puppey has played 175 games with the hero, winning a stirling 116 of those games and holding a 66.29% winrate. He also has the highest KDA of any professional player above 100 games at 4.45.

Puppey's real claim to fame on the hero is the notorious game against TongFu* at The International 2013, where he and Danil 'Dendi' Ishutin were able to turn around a losing game strictly through the use of the Fountain Hook—a technique utilizing Chen's Test of Faith, wherein Pudge is selected by Chen to be teleported back to the fountain, and just before he is, Pudge hooks an enemy hero, causing them to be pulled all the way back to the fountain along with Pudge.

This was never used to such great effect in a tournament before, and because of Puppey, Valve and Icefrog were forced to patch Fountain Hooking out of the game after TI3 had finished.

There have been many other very good Storm Spirits, but none have used the hero to such great effect as EG's star midlaner, nor have any other caused such a stir around the hero. As a young prodigy, Sumail 'SumaiL' Syed Hassan was heralded specifically for this sharp, efficient play on the hero. He understood the fundamentals of Storm so well that he could win virtually every midlane matchup he was in.

It is odd to consider, then, that Sumail is sixth in games played with the hero at 61 games (Yao 'Maybe' Lu, arguably the other great popularizer of the hero, has the most at 96). However it is not how much he has played the hero, but how much he gets out of playing the hero whenever he does. Sumail has a striking 77.05% winrate on the hero, far and away the highest of any player above 50 games played, as well as the highest kill average at 9.75. He also has an ungodly +11.55 elo shift with Storm.

But the real reason that Storm and Sumail are kindred spirits are because of his exploits with the hero. Many games were won for Evil Geniuses on the back of Sumail's Storm Spirit, including two critical games at The International 2015 where EG beat CDEC Gaming 3-1 to claim the Aegis of Champions. Furthermore, he is notorious for single-handedly dictating the pace of the game on the hero, able to both carry games on his own as well as create a ridiculous amount of space for his other team members if needed.

Sumail is dynamic, brash, and full of flash—exactly like Storm Spirit.

Which hero-player duo would you like to see in the next edition?