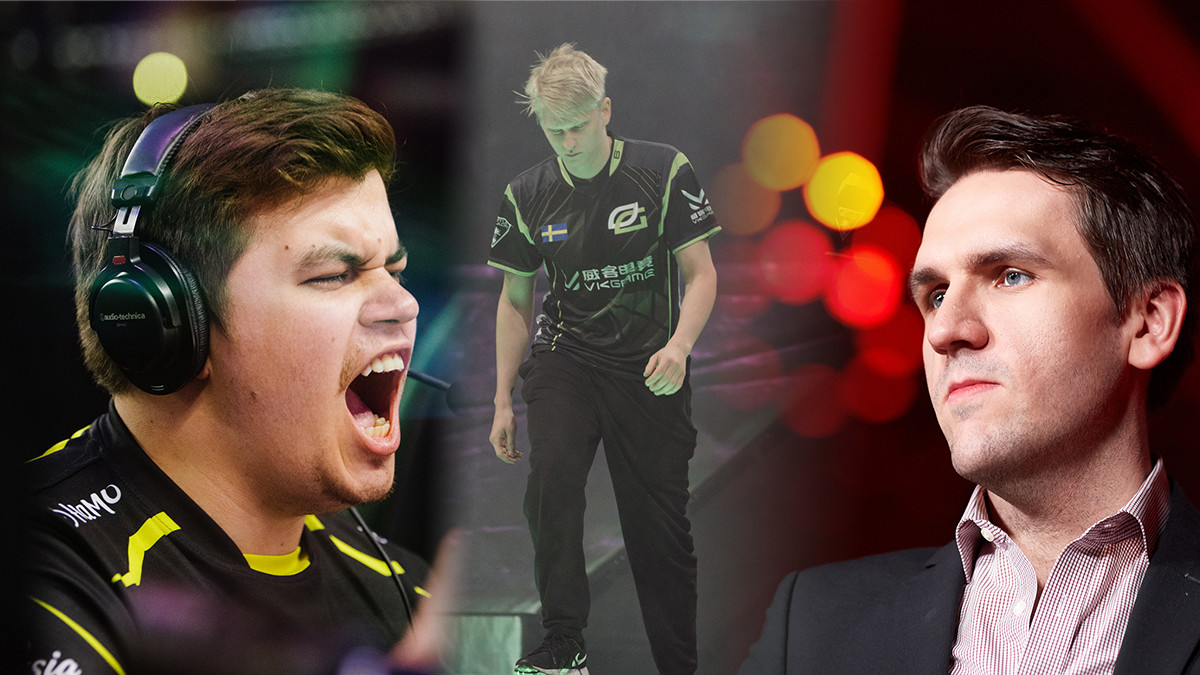 posted by Brasozial,
15 teams qualify for the Major and eight teams go to the Minor - every other team in Dota 2 doesn't have a choice and will only watch the upcoming DPC tournament. That's the perfect time to swap players. Here are five players that could be targeted in the next shuffle.
ADVERTISING:

Per Anders 'Pajkatt' Olsson L. had a wonderful comeback in the Dota 2 scene by joining OpTic Gaming* in the last season. The Swedish carry proved that he's capable of competing with the world-class players on his position.

However, he didn't benefit from the Post-TI8 Roster Shuffle. In fact, he was the only player of the former OpTic squad that didn't find a new team by the start of this season, although he finished in the top 8 of The International 2018.

He only had wait for one Major to pass: OG picked him after Anathan 'Ana' Pham decided to take a break from professional Dota. The Swedish carry joined the reigning TI champions in November, but played only two qualifiers with the team.

Johan 'BigDaddyN0tail' Sundstein and his team-mates decided to release him due to chemistry issues before The Bucharest Minor started. Pajkatt is back on the free agent market and teams who aim for a Minor slot next round should try to sign him - he is a top-level player.

It would be surprising, if Michael 'ninjaboogie' Ross won't have a new team by the start of the next qualifier round. The professional Filipino Dota 2 player gained a lot of experience in South-east Asia playing for teams like Mineski and TNC Predator.

With Mineski he even won the Dota 2 Asia Championships 2018 alongside Daryl 'iceiceice' Koh. His squad was the best team of their region and ninjaboogie proved that he's an extraordinary position 5 player.

While Mineski's team split up after a disappointing 9-12th place at TI8, ninjaboogie joined TNC - another SEA power house. The Filipino squad qualified for two Majors in a row, but lost against better European teams in the playoffs - both times. After a disappointing and almost shocking 7-8th place in the SEA qualifier for DreamLeague Season 11, ninjaboogie decided to step back from his captain position at TNC. He's a free agent for now, but will be targeted most probably right after the qualifiers end - maybe he even has a new team already.

Dominik 'Black^' Reitmeier's professional Dota 2 career is on and off for the last few years. His last real attempt was as part of Team Faceless* where he rejoined his former team-mate and friend Daryl 'iceiceice' Koh, but the team disbanded in July 2017.

Meanwhile, Black^ started his broadcast talent career and was invited as an Analyst to top events as TI8 and the first two Majors of the year. However, he explained in a Twitlonger post that his talent career made it difficult for him to find a new team, because he's still eager to fight for the throne in Dota 2. The German carry also explained that he already could have had a team by the start of the new season, but a mountain biking accident left him with a broken hand.

As part of the last panels he demonstrated his knowledge of the game multiple times. He just needs to prove that he can still compete on the carry position.

However, Tigers didn't even make it through the open qualifier for the DreamLeague Major and we didn't see Mushi competing afterwards. In fact, Tigers signed Kim 'Velo' Taesung and switched up positions in the squad.

This leads us to the assumption that Mushi is no longer part of Tigers. This makes him an interesting Free Agent for the upcoming round of qualifiers. He's one of the most decorated SEA players in Dota 2 and had success with top teams such as Orange Esports*, DK*, EHOME, Fnatic and last but not least Mineski.

It took us by surprise that Mushi decided that he wants to switch from carry to position 5 by the start of this season, but in the last couple of weeks he moved back to carry after his position swap didn't turn out successful for his former team.

Milan 'MiLAN' Kozomara is a 23-year-old player who already gained a lot of experience in different regions. He played for teams such as Kaipi in Europe, made it to The International 2017 with HellRaisers* and played with J.Storm at The Kuala Lumpur Major.

Although J.Storm was doing fine by qualifying for the first two Majors, Tae Won 'March' Park decided to replace MiLAN with Clinton 'Fear' Loomis before The Chongqing Major started.

He's a talented position four support that hasn't been approached before the DreamLeague Major started. However, an experienced player like MiLAN is a great asset for every team that wants to qualify for a Major or Minor before the season ends.

Which free agent did we miss? Which teams should sign Black^ & Co.?