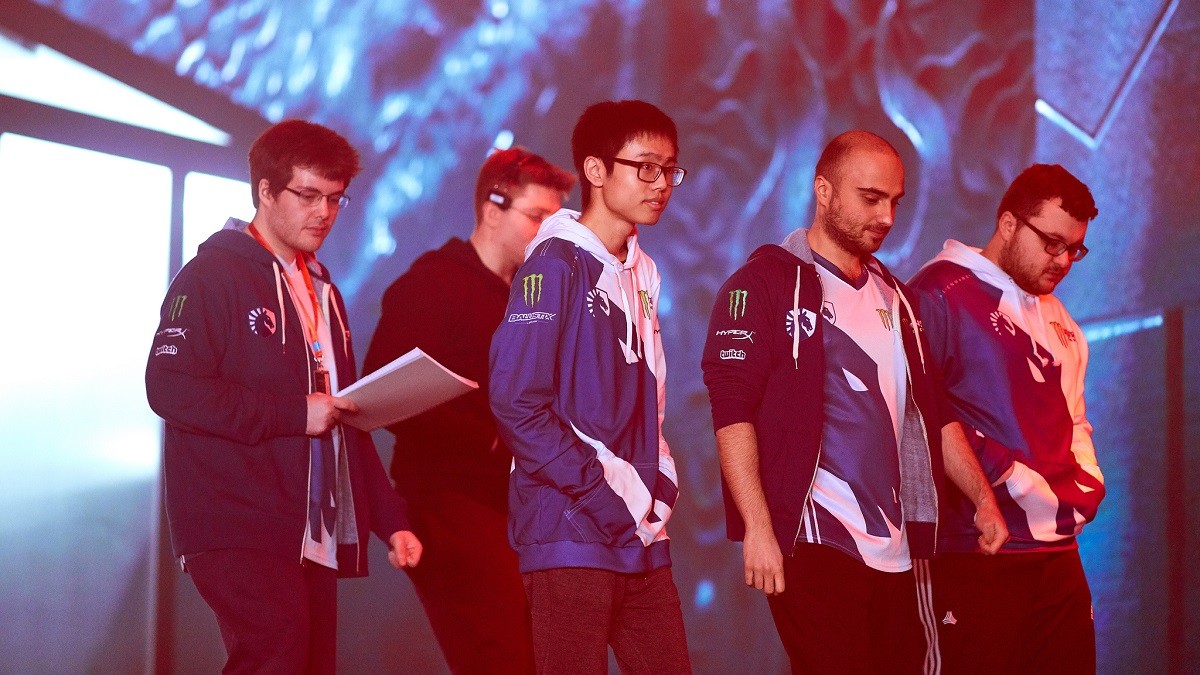 posted by Olucaron,
It’s fair to say that Valve are not known for their stringent rule-setting. However, their hands-off attitude is now creating controversy within their flagship Dota Pro Circuit, as the community questions points allocations and deductions following The Chongqing Major.
ADVERTISING:

Due to Zayac's visa issues we had to play The Chongqing Major with a stand-in, so we got only 40% of DPC points. At the same time Team Liquid got 100% of their points, even though they had a stand-in as well.

Two teams played The Chongqing Major with a stand-in. This is nothing new in pro Dota, with stand-in players appearing in several tournaments and qualifiers this season already.

This where the inconsistencies start. According to the DPC FAQ, both teams should have incurred a 40% penalty for using a sub during the LAN portion of a tournament.

However, this was not the case.

We are sure there is an important reason behind Miracle's absence at the tournament, but we also had no chance to play with Zayac, since it’s almost impossible for Kyrgyzstan citizens to get Chinese visa. We sincerely hope it was just a mistake.


The Pango did indeed suffer a drop in the DPC points they picked up (their initial tweet includes an error — they collected 60% of the points they earned, not 40% as stated), while Team Liquid did not suffer any penalty.

Immediately the community spoke out:

This does seem like a bias issue of sorts. If anything it will cause teams to say personal reasons yo not get penalized, and at the same time seems very similar to the 33 situation last major https://t.co/JJwjuAuKoY

I was kinda wondering how long it would be until this issue cropped up. Trying to think what the difference is, only thing I can think is did pango contact valve beforehand? Hopefully everyone gets some clarity on this.. https://t.co/9DI7OnXroE

This raised a greater issue of whether Valve were even paying attention to the DPC Circuit and its points distribution, with several inaccuracies in the official table pointed out in a Reddit thread:

— Ninjas in Pyjamas, who played with Ivan 'MinD_ContRoL' Borislavov at The Kuala Lumpur Major after Malaysia denied Neta '33' Shapira entry, were sitting at 880 points — seemingly suffering the 40% deduction on points earned at that Major, despite being told they wouldn’t incur the penalty given the extenuating circumstances.

— TNC Predator were at 990. This figure seemingly didn’t account for the 20% penalty on points earned in Kuala Lumpur they suffered as a result of the Carlo 'Kuku' Palad controversy, which saw the Filipino carry banned from taking part in Chongqing. However, this does appear to include a 40% penalty for using a sub in the Closed Qualifiers for the Chinese Major.

— J.Storm’s total was 240, which accounts for a 20% penalty on points earned at both Majors after they replaced Milan 'MiLAN' Kozomara. However, the rules state the penalty should only apply to points earned up to the roster change — which happened before Chongqing.

— Team Liquid had 450 points. This doesn’t account for any penalties, as previously mentioned. If a 40% penalty had been applied as per the rules, their total would be 270.

— There were other inaccuracies too, such as Gambit mysteriously losing three points after the Chongqing Major Closed Qualifiers and Tigers seemingly having more points than they actually earned.

I hope this gets addressed soon 🙄 https://t.co/2HD8G9bFHl

Following these inaccuracies being pointed out, Valve silently and without notice updated their table, with The Pango seeing their tally no longer affected by deductions. The changes can be seen in the Reddit thread linked above.

Another curious point concerns Chaos Esports Club. The team competing at The Chongqing Major was the exact side that competed as paiN X in Kuala Lumpur, yet they were listed with separate teams with separate points tallies.

This was also corrected, with Chaos now sitting on the 225 points the players have earned cumulatively.

No Pango got their points back!
GJ Valve! https://t.co/5YR6aKMwjz

One major issue is that Valve have seemingly been too inconsistent in dishing out penalties when teams have suffered from visa issues.

As already stated, Ninjas in Pyjamas did not receive a penalty for 33’s absence, yet Team Lithium and Royal Never Give Up both incurred the 40% sub penalty when their players missed the DreamLeague Season 10 Minor.

Now, the reasons for this may be different — 33’s absence was due to political reasons out of his control, whereas we don’t know the exact reasons for Anas 'MagE-' Hirzalla and Gao 'Shade' Zhenxiong not being able to acquire visas.

However, the question has already been raised — should teams suffer a penalty when visa issues force players to miss an event? Furthermore, should Valve do more to ensure all teams can compete fully when deciding where to host events?

All this serves to return us to a running issue — Valve’s passive nature when it comes to pro Dota.


What do you make of the DPC point controversy?