joinDOTA League: Clip of the Week — Slark to the rescue! 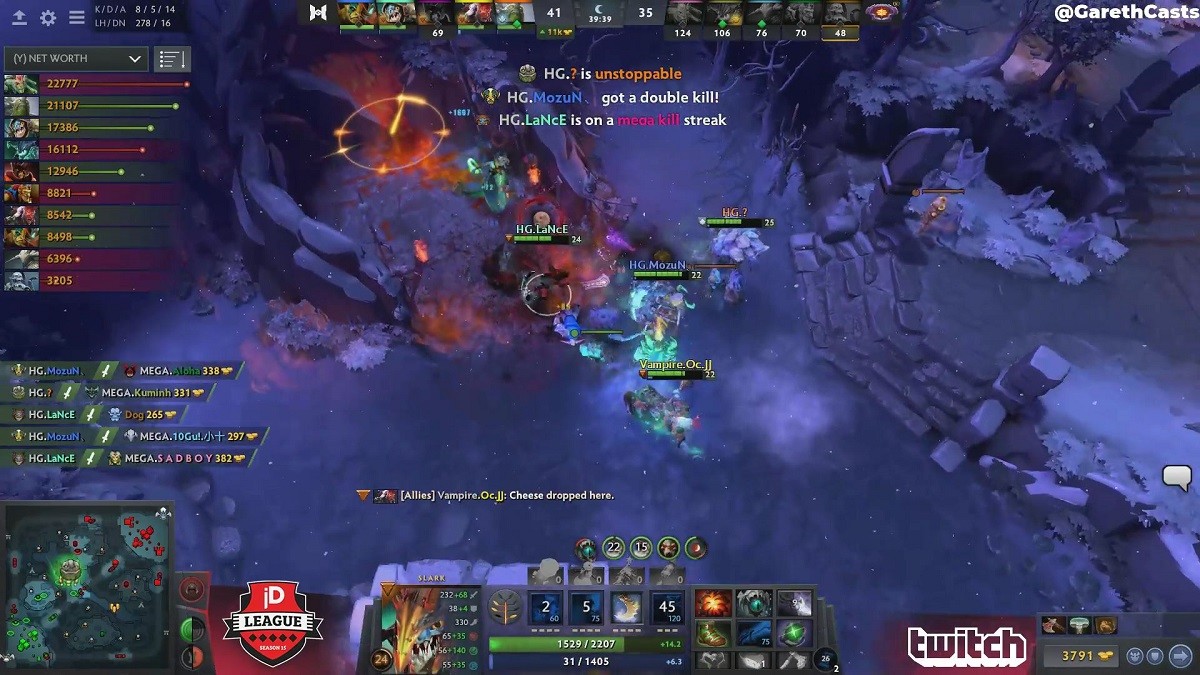 posted by Olucaron,
The joinDOTA League is back — and the action is already coming thick and fast! This insane play is our highlight of the week.
ADVERTISING:

The game is between Malaysia’s HighGround and Vietnam’s DotaPlus in the Asia Division. When we join the action in the 40th minute we see it’s a close game.

HighGround’s bottom barracks are under seige, and DP are starting Roshan. HG have to make a choice — do they defend their base, or contest the Roshan? Our man Gareth suggests there’s only one option.

What happens next decides the game. HG do indeed contest the Roshan, and the fight is a bloodbath. Fua 'Lance' Hsien Wan’s Slark moves in to kick things off. KuminH is slain, and everyone is taking damage.

The fight moves into the pit, and it looks like DP might just take it. But Lance has other ideas — he claims the Aegis, picks up the cheese, and HG proceed to wipe their opponents.

HighGround would go on to win the series 2-0 to maintain their perfect start to the jDL campaign. They sit at 4-0 in the standings, while DotaPlus were left to lick their wounds. They currently occupy equal second place in the group with a 1-3 record.


What did you make of this fight?