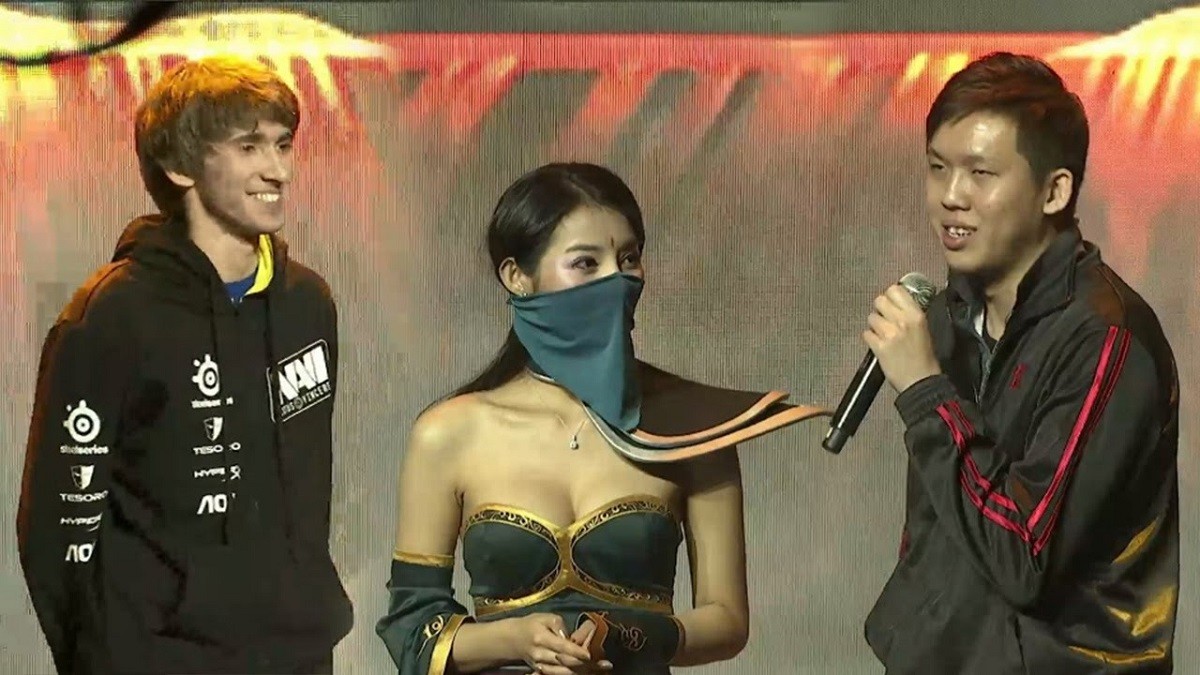 posted by Olucaron,
With the announcement that both Danil 'Dendi' Ishutin and Chai 'Mushi' Yee Fung have joined SEA side Tigers, we took a look back at one of the biggest events of their careers — their epic 1v1 Grand Final at the Dota 2 Asia Championships 2015.
ADVERTISING:
At the time, the pair were two of the biggest and best Dota 2 players in the world. Danil 'Dendi' Ishutin was with his iconic Natus Vincere, while Chai 'Mushi' Yee Fung represented EHOME — who had come fourth at The International 2014.

However, both had suffered an early exit at the Dota 2 Asia Championships, their teams finishing 9th-12th — meaning the pair had ample time to duel it out for bragging rights.

The rules were set — two kills or first tower. Who would win?

First blood went to Dendi on his choice, Puck, while the second game went to Mushi on his pick, Lina.

The deciding match was played on Shadow Fiend, but we’ll let you watch the video and see the end result for yourselves!

The pair also faced each other in the All-Star Match. Dendi captained a side featuring Arteezy, BurNIng, Jeyo and Chuan, while Mushi was part of Ferrari_430’s team alongside Fear, Black^ and Puppey.

Mushi again emerged victorious over the Ukrainian legend, putting in a solid 11/5/18 performance on Phantom Assassin.

You can relive that match with the video below.


Are you hyped to see Dendi and Mushi on the same team?