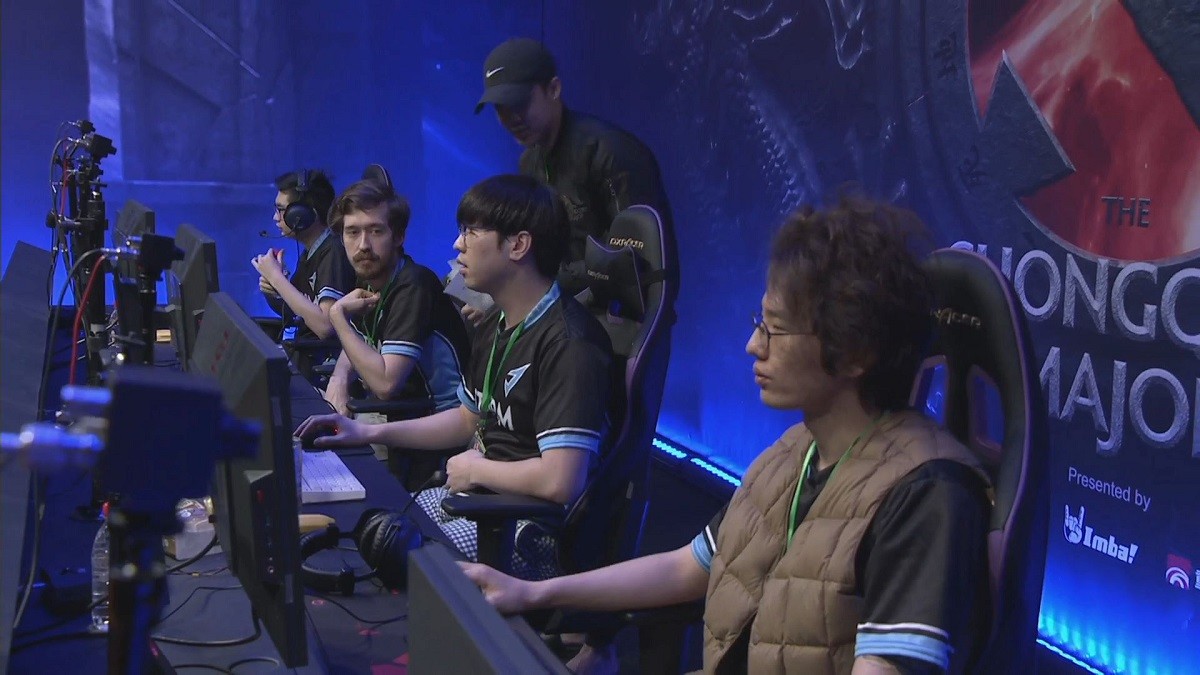 posted by Olucaron,
We knew the All-American showdown between J.Storm and Forward Gaming would be a battle, but what transpired was the longest game of the tournament so far. Tae Won 'March' Park and his side dumped Avery 'SVG' Silverman’s Forward out of the tournament with a thrilling 70-minute victory.
ADVERTISING:

We live to fight another day!@MooDota2 and @bryledota help lead us in a 60+ minute game

We play tomorrow vs @FNATIC

The game started off even. with the teams unable to be separated throughout the first half hour. J.Storm led on kills, but the net worth lead was negligible. However, a strong team-fight just before 40-minutes saw David 'Moo' Hull’s Juggernaut help himself to the Forward line-up.

GGWP, @Team_JStorm! We put up a fight in the BO1 elimination match, but J.Storm take the win and this loss knocks us out of the #ChongqingMajor. Best of luck to the remaining teams!

We appreciate all of the support from fans - we look forward to playing again soon! #PushForward pic.twitter.com/MQbkqdktV9

From there, the game was more or less one-way traffic, as J.Storm built up a steady net worth lead. Three significant team-fights later and they finally broke Forward down, sealing the win and their place in the next round.

Gabbi with the Rampage! Our #ChongqingMajor run continues. GGs to Team Aster as we take the BO1 knockout win!

It may not have been a good idea to allow TNC Predator’s Kim Villafuerte 'Gabbi / cb' Santos the Morphling pick in his side’s crucial match against Team Aster. The Filipino carry ripped through the Chinese side, ending with perfect-KDA figures of 12/0/3.

It was an incredibly one-sided game in the end, with TNC leading from start to finish. Aster now depart the tournament in a disappointing 13th-16th place — not the best present for the legendary Lu 'Fenrir' Chao, who celebrated his 30th birthday just three days ago.

Victory! We're still alive at the Major and tomorrow we battle against @ViCi_Gaming.

Chaos reborn as the Alliance is broken

Despite losing both their matches in the Group Stage, Chaos Esports Club are showing that they are up for the fight in the Lower Bracket as they took down Europe’s Alliance in a relatively dominant win.

Chaos showed up strong and did not give us a moment to breath.

Only thing to do is to try even harder. Reaching the major means nothing if we can’t perform when we are here.

The former paiN Gaming roster led from start to finish in the 27-minute victory, not giving Alliance a chance to play their game. Omar 'w33haa' Aliwi was particularly impressive, his Timbersaw picking up just under half of his side’s total kills in a game devoid of any real team-fighting.

It was a good day for what some perceive to be the ‘weakest region’ as Peruvian side Thunder Predator comfortably overcame The Pango to make it to the next round.

It was an even game for the first twenty minutes, but in the end the dual threat of Leonardo 'Leostyle' Sifuentes’s Timbersaw and Juan 'AtunnN' Ochoa’s Terrorblade proved too devastating — the pair shared 21 kills between them, more than double Alliance managed in total.

Which team do you think put in the most impressive performance?