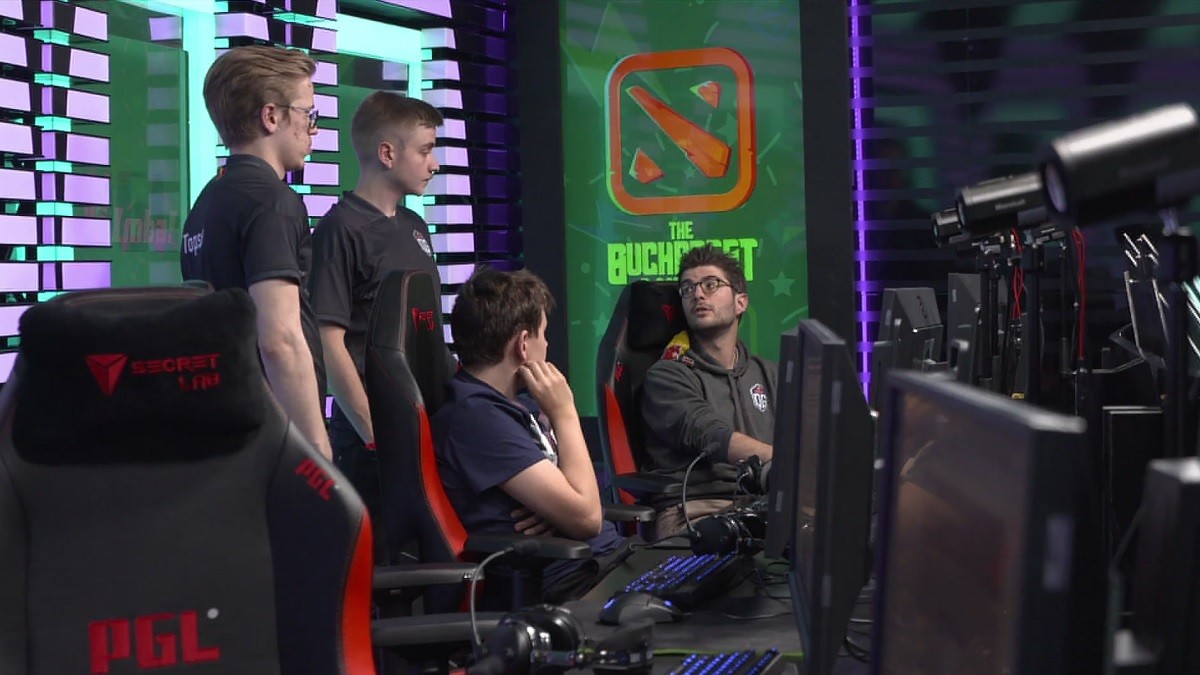 posted by Smyke,
The second Minor of the season is finished! Eight teams fought for the title in Bucharest, but we learned more than just that EHOME won the tournament. Here are five important takeaways of The Bucharest Minor.
ADVERTISING:

Let's start with the easiest takeaway: two of the top three teams at The Bucharest Minor are from China. EHOME won the event in the Romanian capital convincingly - they had to call 'GG' just in one match throughout the whole week.

Keen Gaming was the second best team from China in Bucharest. They finished third after losing against Gambit Esports in the Lower Bracket Finals. However, Hu 'Kaka' Liangzhi's teams beat Ninjas in Pyjamas twice and in general had some good games at the Minor.

With EHOME winning the Minor, four Chinese teams will compete in front of their home crowd at The Chongqing Major. The Minor already gave us the hint that the Chinese teams are back on track after a tough start in the season.

The first round of the Dota 2 Pro Circuit was really rough for the fans of Chinese Dota: none of China's teams was in the Finals of the DreamLeague Season 10 Minor and not a single Chinese team in the top four of The Kuala Lumpur Major.

It seemed like Chinese Dota 2 is in a transition phase. Young players replaced veterans and had to be integrated in the systems. We will see, if this victory at the Minor was just a fluke or if China is back when it's about to get serious at the second Major.

Gambit is not a one-hit wonder

The biggest surprise of the Minor was Gambit Esports. The CIS squad won against different top teams and reached the Grand Finals. They proved against several top teams that they're one of the new big threats arising from the CIS region next to the Major champion Virtus.pro.

They surprised in the qualifier for the first Major by beating established teams such as Team Spirit and Espada. They qualified for the event in Kuala Lumpur, but finished on last place without winning a single series.

It seemed like Gambit's peak was the performance at the qualifier, but adding Artem 'fng' Barshack and Immersion was the right call. They won the WePlay! Dota 2 Winter Madness against OG in the Grand Finals and beat them again in Bucharest.

With fng as the new captain, Gambit has a deeper hero pool and a huge diversity in strategies. Tbe CIS squad will be one of the teams to look out for during this season.

The Gap is closing

However, it was not only Gambit Esports demonstrating that EU and China don't get a Major ticket for free at Minors in this season. Even the obvious underdogs had a good performance in Bucharest. Team Team won a game against Keen Gaming, BOOM ID was on the edge to win against Team Team.

Even Playmakers Esports had several good games although they ended up losing every match. It just proved that the gap between the regions is getting closer and closer. The top teams still have an advantage, but in a few months or a year we could see different teams winning Minors and Majors from every region more often.

Europe is not dominating

One reason for the smaller gap is the European advantage that shrunk over the last months. Both European teams started as favourites in the Minor, but got eliminated before reaching the Grand Finals.

NiP had a rough group stage, and they started in the Lower Bracket. They won against Playmakers and OG, but didn't have a chance against Keen Gaming. OG, on the other hand, lost against Gambit and NiP in the playoffs. They finished in 5th-6th place at the event - on the same level as Team Team.

Europe is still a strong region, even with that result at the Minor, but the gap between the European teams and the other regions is closing. In fact, it seems like that China is the most stacked region in the world right now. However, a good result at the Major can still change that shaky impression of Europe.

All eyes were on OG at the Minor. After winning The International 2018, OG took a pause during the first round of the DPC to regenerate. Meanwhile, TI MVP Anathan 'Ana' Pham left and OG had to replace him before the qualifier for Chongqing and Bucharest started.

They signed the Swedish carry Per Anders 'Pajkatt' Olsson L., but released him a few days before the Minor started because of chemistry issues. One day later they announced that the Russian youngster Igor 'ILTW' Filatov will be the new carry who played for several CIS organizations before.

He travelled with the squad to Bucharest and attended the Minor. OG had a good group stage, but lost both games in the playoffs - the team needs more time to synchronize. OG is famous for their unpredictable hero pool which gave them advantages in drafting and during the game. They need stability, trust and knowledge about the skill set every player has to get back on this level.

Nobody doubts that ILTW is a super talented player, but to fit in the system of OG both parties still need time for adjusting. If ILTW stays after the second round of the DPC, OG could be a threat when the qualification for the DreamLeague Season 11 Major starts.

What are your takeaways from the Minor? What do you expect for the upcoming Major?