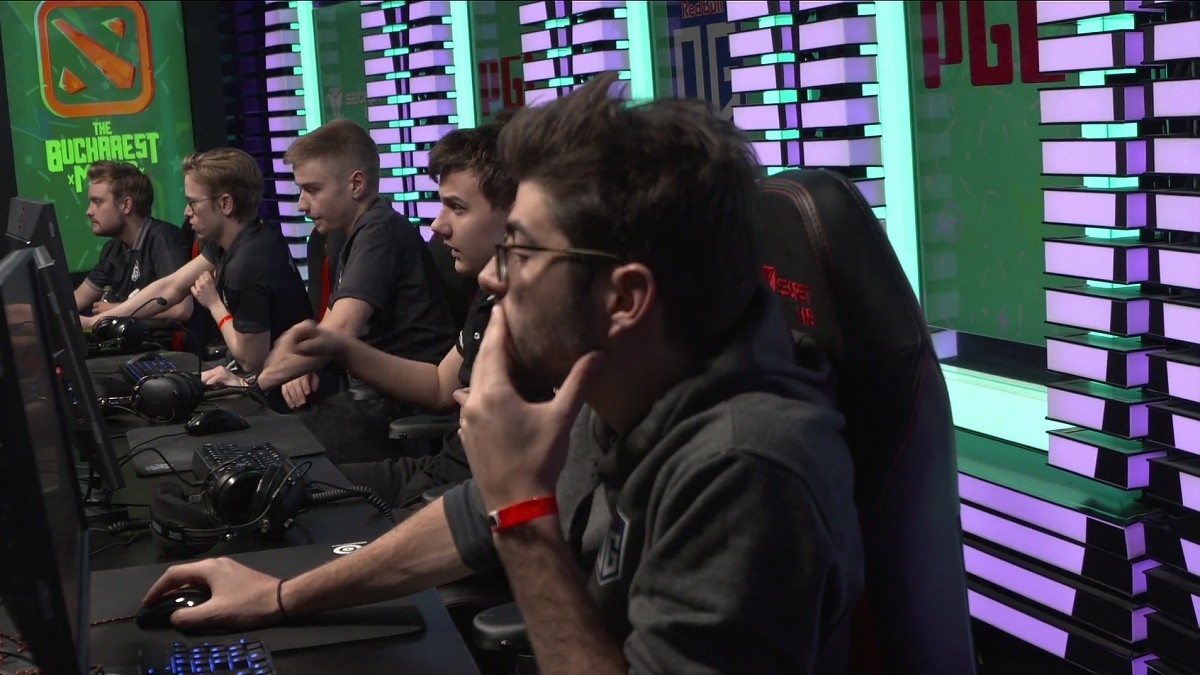 posted by Olucaron,
The first game of the day was a hype meeting between two Chinese teams, Keen Gaming and EHOME. The other game saw Gambit Esports and OG contest a grudge match after the CIS side swept them at the WePlay! Dota 2 Winter Madness.
ADVERTISING:

Gambit overcomes OG in a convincing fashion. We advance to the upper bracket final. Going up against EHOME tomorrow at 15:00 CET. #BucharestMinor pic.twitter.com/zIYZgbJN8S

No hope for OG as Gambit prove too strong

In true OG fashion, they fell behind early in Game One. Gambit amassed a 17-3, 3k lead by the 20-minute mark. Time and time again OG couldn’t gain ground in skirmishes, and GG was called just ten minutes later — Andrey 'afoninje' Afonin and Nikita 'daxak' Kuzmin combining for 19 kills for just one loss on Shadow Field and Medusa respectively.

This is the first time on record Visage has had 7 kills at 10:00 in a pro #Dota2 match. @GambitEsports absolutely rocking this game #BucharestMinor https://t.co/Y2zLz2HXnf

Game Two followed the same pattern. Gambit amassed a 22-3 kill lead in the opening 15 minutes, but this time the gold lead was significant at 13k.

With Roshan secured. Gambit immediately laid seige to OG’s base — with only one outcome. GG was eventually called with less than nineteen minutes on the clock — Gambit had racked up 62 kills in two games against the TI winners, for just 6 kills on the OG side.

It was a devastating show of strength from Gambit, who left us thinking of that classic Redeye meme and must now harbour real belief that they can win The Bucharest Minor outright.

Keen raced into a 7-1 kill lead in the opening moments of Game 1, but EHOME roared right back. As they crossed the fifteen-minute mark the teams were close, Keen holding a 13-9 lead, but the gold advantage was negligible.

After that it was all one-way traffic, EHOME taking control of the match thanks to a five-for-three skirmish. Zhang 'Faith Bian' Ruida looked particularly impressive on Beastmaster, with Li 'ASD' Zhiwen also going big on Queen of Pain.

We march on in the Bucharest Minor after a 2-0 victory over Keen Gaming. We await either OG or Gambit tomorrow in the Upper bracket finals.

Game Two started much the same way, with Keen holding a 12-9 kill advantage and negligible gold lead at 15. By half an hour EHOME had amassed an 11k gold lead and were knocking on the door of the Ancient.

The damage had been done largely by Luo 'eGo' Bin’s Clinkz. Keen desperately buying back did nothing to stop the seige, and GG was called just a minute later for a 2-0 EHOME clean sweep.

EHOME versus Gambit is sure to be the biggest match of the tournament so far. That takes place tomorrow, while OG and Keen Gaming now drop to the Lower Bracket.


What do you make of OG’s defeat?