Group B is as expected in opening matches 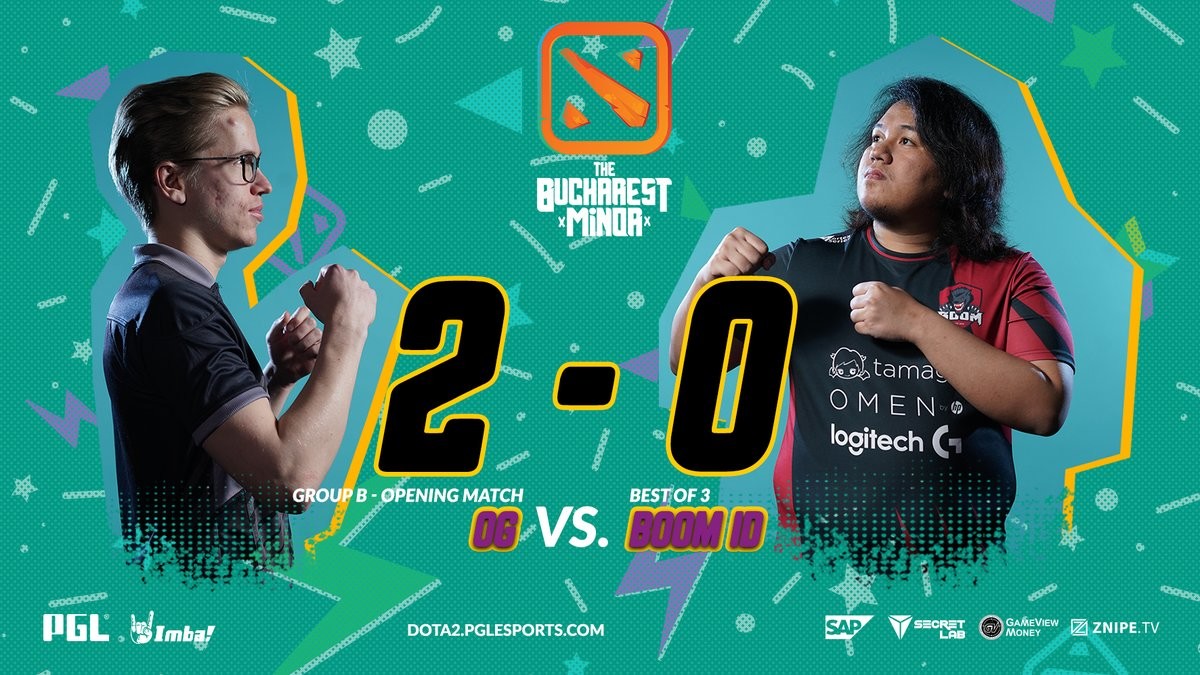 posted by Olucaron,
The second day of The Bucharest Minor began with a bang, as OG took on BOOM ID and EHOME faced Playmakers Esports — with the results being pretty much as expected.
ADVERTISING:

Despite winning the first game against BOOM ID, TI8 champions OG were given a run for their money.

It was the Southeast Asians who seized the initiative in the opening exchanges, racing into a 19-6, 8k lead before OG began clawing their way back into the match. It was very much a game of two halves, as OG dominated the final fifteen minutes to secure the win.

The second game began strongly for OG, building up a 5k lead in the first ten minutes. Led by a perfect-KDA game from Topias 'Topson' Taavitsainen’s Timbersaw, BOOM had no chance at all in the end — OG raced to a 20-minute win to seal their place in the Winners’ Match.

Perfect series for both @OGesports and @EHOMECN GG WP 💪👊
They will battle each other in the winner match.
The show goes on, stay tuned! 👓#pgldota2 #BucharestMinor #esports #dota2 pic.twitter.com/2eGNvD2A3V

Playmakers have no answer to EHOME pressure

It was a similar story in the second match, with EHOME having to come from behind in their opening game against Playmakers Esports.

The Peruvians showed they were well up for the match, racing into a 6-1 kill lead. However, once the Chinese had settled it was one-way traffic, restricting their opponents to just three more kills as Zhang 'Faith Bian' Ruida and Jiang 'Tianming' An helped themselves to a feast.

The second game was more settled from EHOME, this time Zhang 'y`' Yiping and Luo 'eGo' Bin leading the way on Oracle and Phantom Assassin respectively. They controlled the game more or less from the start as Playmakers had no answer to the pressure.


Next up is a clash between the two group favourites in the Winners’ Match, while BOOM ID and Playmakers will face off to keep their Upper Bracket hopes alive.