Gambit to win the Minor? 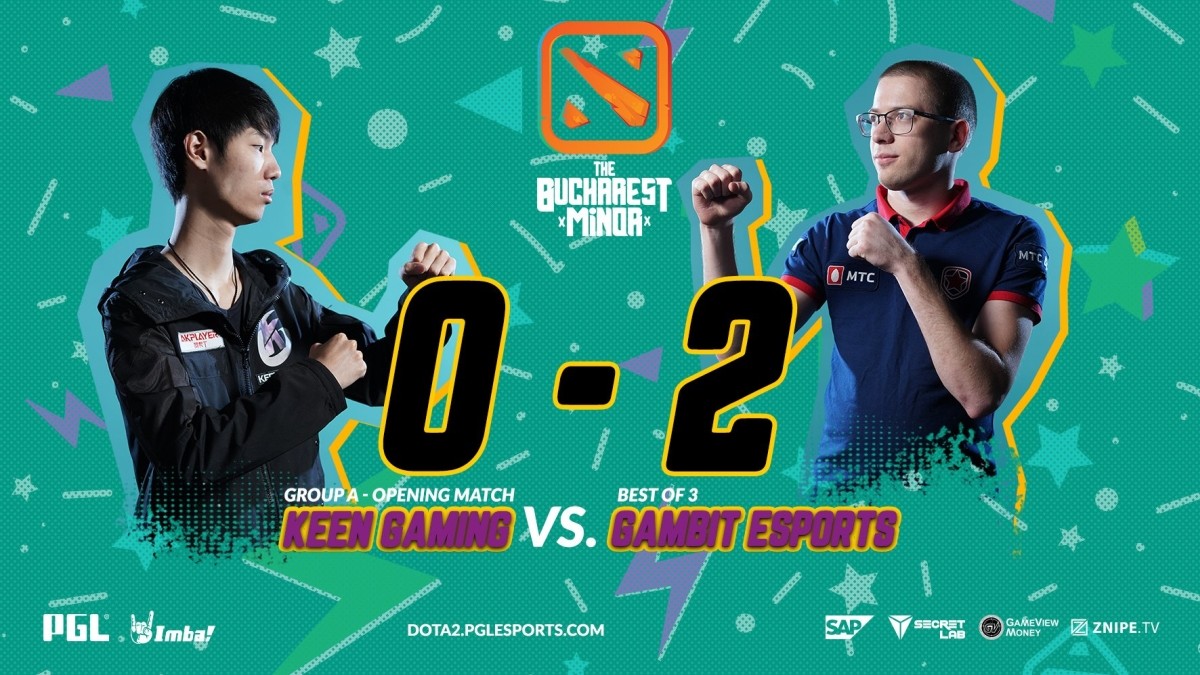 posted by Olucaron,
The Group A Winners’ Match at The Bucharest Minor is now complete — and in a shock result, it’s Gambit Esports who top the group and secure their place in the Upper Bracket.
ADVERTISING:
The result really wasn’t expected — Keen Gaming are considered one of the favourites for the entire tournament, but they certainly didn’t look it in a pair of games that lasted less than an hour in total.

Gambit Dota 2 tops Group A at #BucharestMinor. We'll face the second best team of Group B on Friday in the upper bracket of playoffs! pic.twitter.com/9QeRgHrxoz

The opening period of the first game was a tightly-contested affair, showing no indication of what was to come. It was 17-16 in favour of Gambit and the net worth lead was negligible as the game approached the 20-minute mark.

However, Keen would pick up just three kills afterwards as Nikita 'daxak' Kuzmin put in another outstanding performance, this time on Meepo. Despite a perfect KDA, Keen’s Zhai 'Ying' Jingkai couldn’t pull his side back into it and the CIS representatives sealed the win.

If Keen were looking to get back into the match, Gambit were having none of it, and neither was daxak. His Anti-Mage put in a perfect-KDA performance alongside Andrey 'afoninje' Afonin’s strong Dragon Knight as the CIS side dominated the proceedings, building a lead almost from the start.

With nothing at all in the tank, it was just a matter of time before GG was called, just before the 29-minute mark, sealing a famous win for a side not fancied at all before the tournament began.


Gambit now move on to the Upper Bracket of the playoffs, while Keen Gaming face a decider — and with a rematch against Ninjas in Pyjamas predicted, they could well see themselves in the Lower Bracket come Friday.

One question raised is this: after such a strong opening day, could Gambit go on to win the entire event?


What do you think of Gambit’s victory?