Different TI winners try to beat the curse in Bucharest 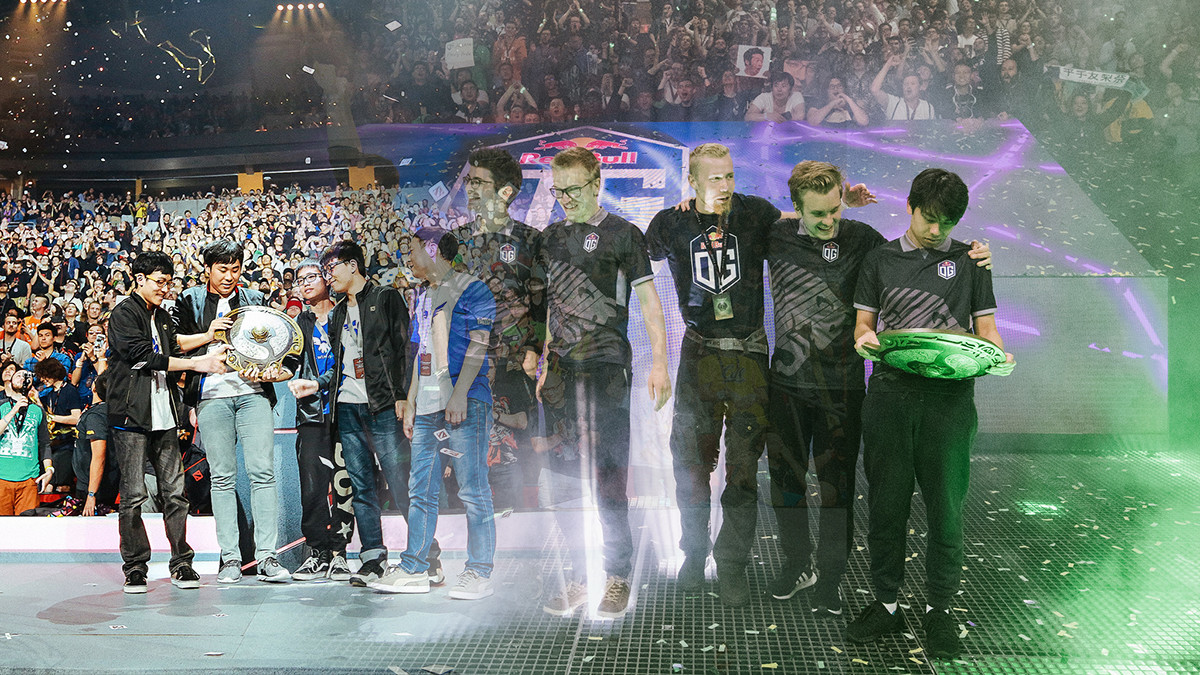 posted by Brasozial,
The Bucharest Minor starts tomorrow and we present you the best story lines of the event. Redemption is the theme of this event in Romania's capital, which features players who won TI in 2014, 2015, 2016 and 2018.
ADVERTISING:

The fight for Europe

The winners of the Minor will secure the final ticket for The Chongqing Major. Both European teams will especially focus on that, because Ninjas in Pyjamas and OG are considered favourites to win the event in Bucharest — alongside the two Chinese teams, of course.

However, for OG and NiP it's more than just qualifying for the Major. They're fighting for an important spot in Europe. Team Secret and Team Liquid are the best teams in Europe right now — it's almost impossible to surpass them.

Below them are three teams who are continuously fighting for the third seed in Europe and the final spot at Majors: OG, NiP and Alliance. This time, Alliance came through and grabbed their ticket. However, for OG and NiP it's a battle of confidence — which is the better team in Europe, and can compete with Alliance for the third spot next time?

OG against the curse

For OG, there's even more at stake. Johan 'BigDaddyN0tail' Sundstein and his team are the reigning TI champions, and need to fight the typical champion's curse. It's hard for every championship team to keep up the pace after winning such an important trophy.

OG decided to skip the first round of the Dota 2 Pro Circuit completely after some tough months, including a lot of travel. Also, their star carry, Anathan 'Ana' Pham, recently left OG to take a break from competitive gaming. They picked up Per Anders 'Pajkatt' Olsson L., but released him earlier this week because of chemistry issues.

The 19-year-old Russian carry Igor 'ILTW' Filatov has replaced the Swedish carry — and there's not much time for the TI winners to implement the carry into their system before the Minor starts.

They played in the WePlay! Dota 2 Winter Madness and finished second, after losing to Gambit Esports in the Grand Finals. iLTW demonstrated his talent in the online tournament, but also showed that there is still room for development.

The Minor is not just a test for the carry, but for the whole team — can they beat the curse and win the Minor?

TI6 winner to redeem themselves

A negative when it comes to beating the curse is Wings Gaming. The Chinese squad was the biggest surprise of 2016, and won the sixth edition of The International more convincingly than any other team previously. However, the Chinese squad were beaten by the TI curse.

They won small tournaments such as Northern Arena BEAT Invitational, but fell short at big events such as The Boston Major in December 2016. Wings Gaming were not invincible anymore. Their highly unpredictable playstyle just didn't work against the good teams — everybody was prepared.

Wings Gaming were history and the players switched from to Team Random*, but lost even more ground there. Their biggest success under the new name was a 9-16th place at The Kiev Major in 2017. They won just three games throughout the entire tournament.

Their shared journey ended in May 2017 when two of the players joined EHOME. With this organization, Zhang 'y`' Yiping and Zhang 'Faith Bian' Ruida will finally attend another Valve tournament — the first since Kiev.

By their side is another TI winner. Zhang 'xiao8' Ning is the coach who built the lineup around the former Wings core. Alongside the TI winners are three young players who are hungry enough to win titles. This could mean redemption for at least two TI6 winners.

ixmike88's comeback in the top scene

Waiting since Kiev Major for another Valve event? Michael 'ixmike88' Ghannam and his squad can just laugh at that. Team Team was the biggest surprise in the North American qualifier for the Minor. They beat the favourites, compLexity Gaming, in the Grand Finals.

While offlaner Braxton 'Brax' Paulson played his last Valve tournament in 2015, ixmike has been waiting even longer for his next big event under the sponsorship of the Dota 2 developer. He attended The International 2013 with Team Liquid, finishing 7th-8th alongside EG's coach Sam 'Bulba' Sosale.

That was ixmike88's last big appearance at a Valve event — until tomorrow, when he attends The Bucharest Minor.

Who are you cheering for at the Minor, and why?