3 teenagers to look out for at The Bucharest Minor 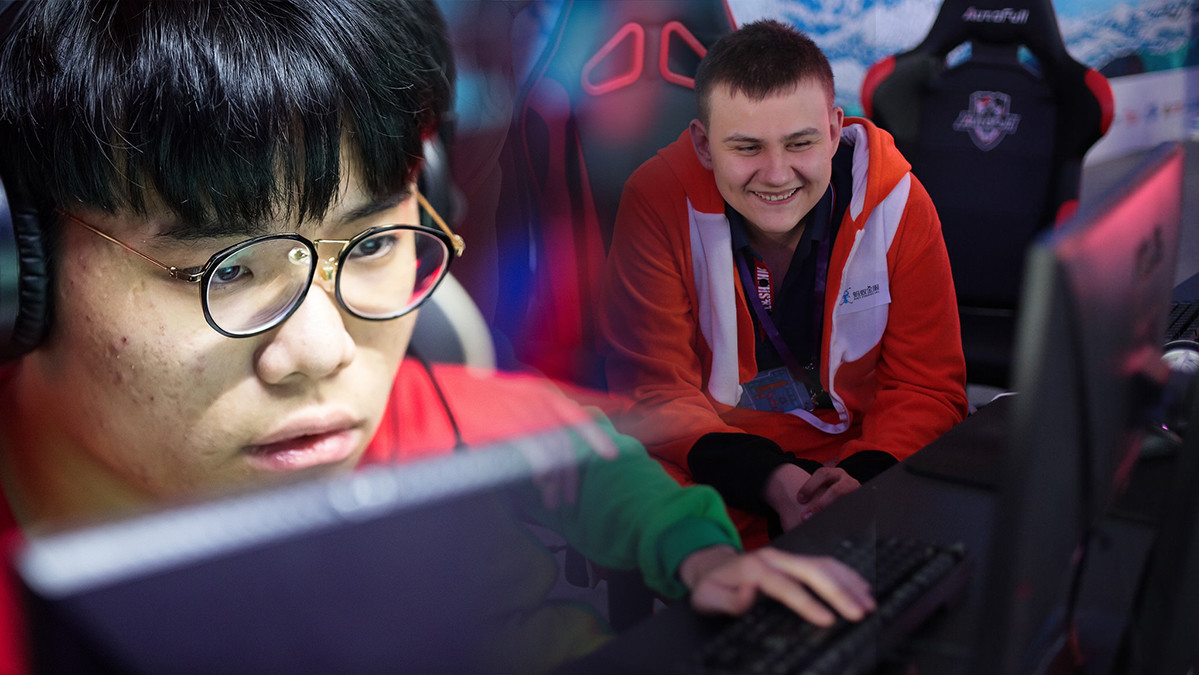 posted by Brasozial,
The last couple of years have been refreshing for the Dota 2 scene — more and more talented, young players had their breakthroughs into top-notch teams. At The Bucharest Minor three more teenagers are aiming for a breakout performance to showcase their skill and potential.
ADVERTISING:
Nowadays it's easier to get the attention of good Dota 2 teams. The leaderboard can be a good indicator of talented players. Amer 'Miracle-' Al-Barkawi, Maroun 'Gh' Merhej and other pros made their way into a top team this way.

Another way to get the spotlight one deserves is to put in a great performance at a Valve event — a Minor such as Bucharest is therefore the perfect opportunity. Here are three teenagers who could succeed in transitioning from mid-tier to top-notch player in Romania:

Luo 'eGo' Bin could be China's next superstar — at least, this is what EHOME are hoping for. The 17-year-old Chinese carry previously played for teams like CDEC Gaming, and caught the attention of Chinese Dota 2 legend Zhang 'xiao8' Ning .

EHOME Dota 2 will be at ESL Katowice as we take the CN qualifiers 3-2 over FTD. To greater heights! pic.twitter.com/wzlB4eWf7e

The winner of The International 2014 is now coach of EHOME, and has built the team all by himself. While trusting TI6 winner Zhang 'y`' Yiping and Zhang 'Faith Bian' Ruida, eGo is one of the skilled young players needed to return EHOME back to the top.

His stats are remarkable — in the DPL he finished second with his team, beat established teams such as Invictus Gaming and Newbee. Apart from the games against Vici Gaming, he always finished with a positive KDA — in fact, his KDA is permanently around 4-5.

However, eGo has never played against teams outside Asia — this will be his first chance to prove himself against top teams from all round the world.

iLTW — the next OG star?

OG are one of those teams who know how to find talented players and implement them into their system to deliver world-class performances. It worked for Miracle-, Ana and Topson — now it might also work for the latest addition to the OG roster.

Добро пожаловать Игорь!
We're glad to welcome iLTW, standing in as our pos 1 player.
See you at 17:00 CET for our #WePlayDota2 match today against @VegaSquadron#DreamOG pic.twitter.com/lthbZxbtlT

Igor 'ILTW' Filatov has replaced Per Anders 'Pajkatt' Olsson L. one week before the Minor begins. Although the 19-year-old Russian carry is a young player, he's already well-known in the scene. He has played for popular CIS teams such as Double Dimension*, Espada and Team Spirit.

His biggest success so far has been winning WESG 2017 alongside the Russian stars of Virtus.pro — he replaced Ukrainian midlaner Vladimir 'No[o]ne' Minenko for that tournament.

His debut performance for OG was more than a success. He played alongside the TI8 winners in WePlay! Dota 2 Winter Madness, where they finished second. iLTW's performance on day one especially demonstrated that he could be the right guy in OG's quest to keep up with the top teams.

The third player on our list is not the famous League of Legends pro, but rather a 17-year-old youngster from Peru with the same name — Faker. Eliseo Arancibia has played for Playmakers Esports for about two months now. Before that, he played for South American teams All In Gaming and Thunder Fury.

He's one of many talented players from Peru that are trying to make it to a world-class level. One of his first experiences with the new squad was at The Bucharest Minor qualifier, where they faced Infamous in the Grand Finals. None other than Peruvian star Enzo 'Timado' Gianoli lay in wait for him in the midlane — not an easy duel.

However, he was capable of keeping pace with Timado, and even won against him in the midlane. In both games against the star he finished with fantastic stats — 5/0/8 on Dazzle and 10/1/11 on Rubick demonstrated that he has the talent and hero pool to compete with the best of his region.

Now it's time for him to demonstrate against foreign countries that he could be Perus's next superstar.


The Bucharest Minor starts on January 9, with eight teams fighting for $300,000 and the final spot for The Chongqing Major.

Do any of these players have the potential to be one of the greatest?