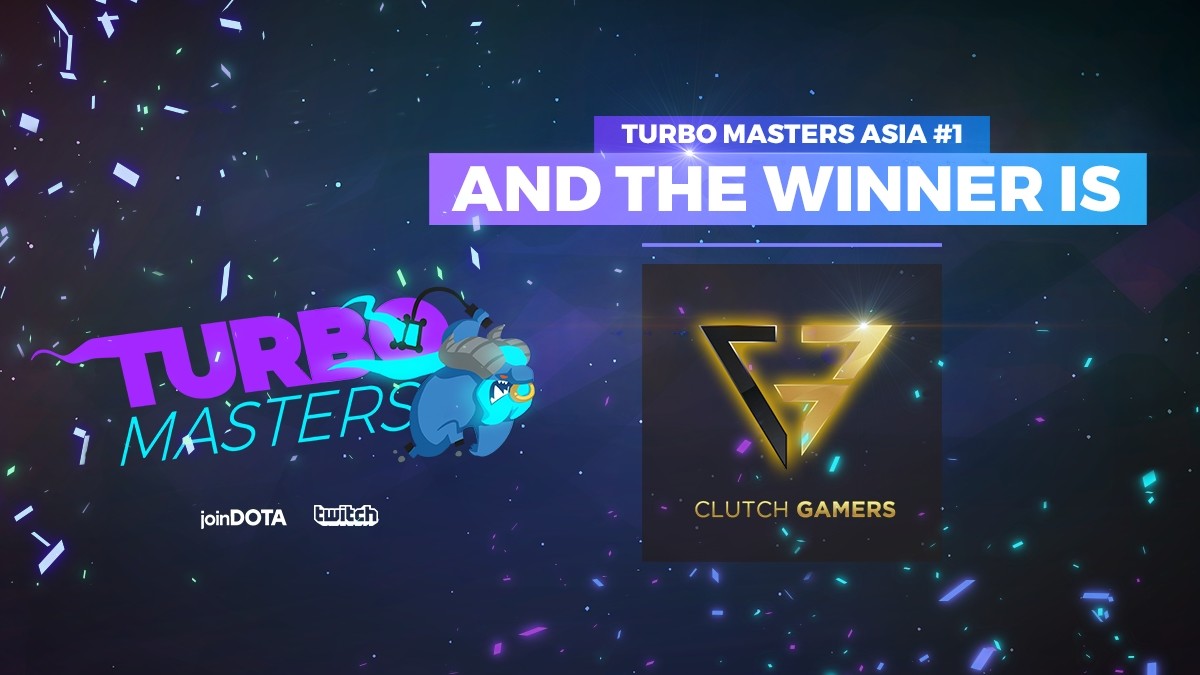 posted by Olucaron,
The joinDOTA Turbo Masters Asia showmatch turned out to be the series we all wanted — one that went the full seven-game distance and was full of manic Dota 2 action. Congratulations go to Clutch Gamers, who defeated DeToNator to claim the $1,000 prize!
ADVERTISING:
Game 1 started with a bang — an early 6-for-4 trade set the tone for what was a back-and-forward affair. DeToNator saw an eventual 20k lead obliterated thanks to Hiew Teck 'AlaCrity' Yoong and everyone’s favourite hero of late, Phantom Assassin, as Clutch took the win.

Clutch levelled things up in Game 4, collecting the most kills as a team in the entire series with 51. Three players chipped in with ten or more, AlaCrity’s Invoker doing the most to destroy DeToNator.

Game 5 reverted to being a real battle, one which Clutch won in just under eighteen minutes. Despite raging-potato’s Alchemist putting in a decent shift, it was Jian Zhe 'BrayaNt' Pang’s Zeus who took the plaudits as Clutch overturned a 9k lead to reach match-point.

Breaking out the Tusk, raging-potato was having none of it. He ran rampant as DeToNator sealed a 19-minute win with double the number of kills as their opponents — and forcing a deciding Game 7 in the process.

And so, to a straight shootout for the series win. With Nature’s Prophet and Phoenix proving deadly as a combo, Clutch Gamers led from start to finish — only briefly losing their lead as DeToNator threatened to make a comeback.

A five-for-zero around the 16-minute mark effectively sealed the game for the Malaysian side, as they picked off their opponents over the next four minutes to win the $1,000 prize.

You can rewatch the entire broadcast here.