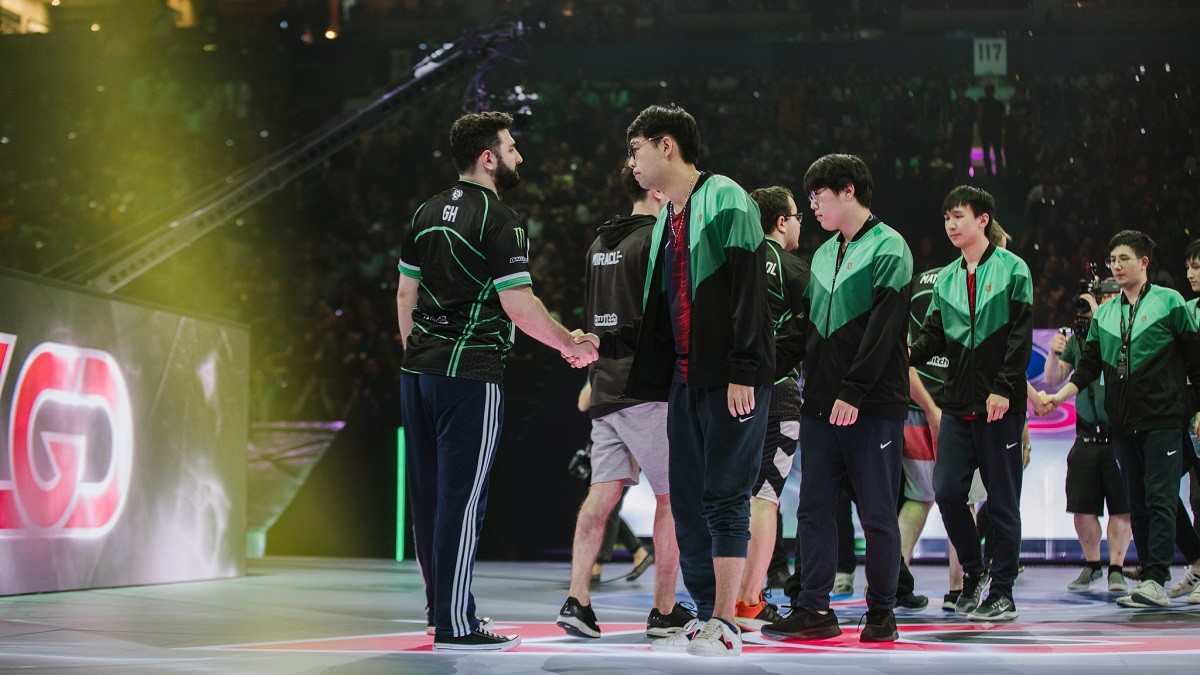 posted by Olucaron,
The MegaFon Winter Clash has begun with an absolute bang. Rematches are the order of the day, with Kuala Lumpur Major finalists Virtus.pro and Team Secret squaring off while Team Liquid and PSG.LGD meet for the first time since their clash at The International 2018.
ADVERTISING:

The day’s hype match saw a repeat of the Grand Final of The Kuala Lumpur Major. Game 1 was a close affair, with VP edging matters early on. As Secret began to creep ahead, a 5-for-none teamfight handed VP an advantage they converted into a win.

GGWP to @natusvincere! #SecretDota wins their first series of the MegaFon Winter Clash. Up next we will be playing against @virtuspro. #SecretFighting pic.twitter.com/lyYkdwKIeu

Game 2 was a stomp, Yeik Nai 'MidOne' Zheng proving the difference on Ember Spirit as Secret polished off VP in just eighteen minutes. And so, to a decider — one that VP were well up for. It was another ‘one’ — Vladimir 'No[o]ne' Minenko — who ran rampant this time, VP winning in just under 21 minutes to seal the series win.

Earlier, Team Secret had survived a tough encounter against Natus Vincere. Despite a straightforward Game 1, Na’Vi bounced back in Game 2 thanks to Evgeny 'Chuvash' Makarov’s Phoenix leading the way. A Game 3 decider saw the longest game of the series, with MidOne’s Monkey King proving to be the separator.

Liquid and LGD in juicy rematch

We walk away from our first match with the win but things are only getting started here at the MegaFon Winter Clash!

The last time these two teams met, PSG.LGD defeated Liquid on their way to a Grand Final appearance at The International 2018. With the two teams due to face off again, both enjoyed warm-up matches against Forward Gaming — and both came out victorious.

We close out the first series with a 2-0 victory against @goFORWARDgg
Our next battle and coming shortly is against @TeamLiquid#Dota2 #WinterClash #Megafon pic.twitter.com/xTpUDXPHKa


Liquid’s win over Forward was quick and brutal, with both games done and dusted in less than 49 minutes of game time. The dual threat of Amer 'Miracle-' Al-Barkawi and Lasse 'Matumbaman' Urpalainen was just too much for the North American side, the pair picking up nearly twice as many kills (40) as their opponents did in total (22).

It was no different against LGD, either. Wang Chun 'Ame' Yu ran riot on Phantom Assassin, claiming 21 kills for just one death in a 28-minute Game 1. The second saw all focus on Yao 'Maybe' Lu’s Troll Warlord, as a 22-minute game consigned Forward to the Losers’ Bracket.

.@Liquid_Miracle's late game Anti-Mage proves to be too much in our second game against LGD, we remain undefeated in our group, and move straight to Winners Bracket Finals at #MegafonWinterClash! #LetsGoLiquid pic.twitter.com/j9ajOl8T65

And so, to the rematch. Game 1 saw Matumbaman once again lead the charge, his Lone Druid dominating with a 10-1-11 performance to help his side forge ahead in the match. Despite Maybe having a solid game on Huskar, Miracle- went huge on Anti-Mage to seal the win, the series and top spot in the group.

The final match between Virtus.pro and Na’vi in Group A is under way, with Playoff seeding on the line.


Who will win the Winter Clash?