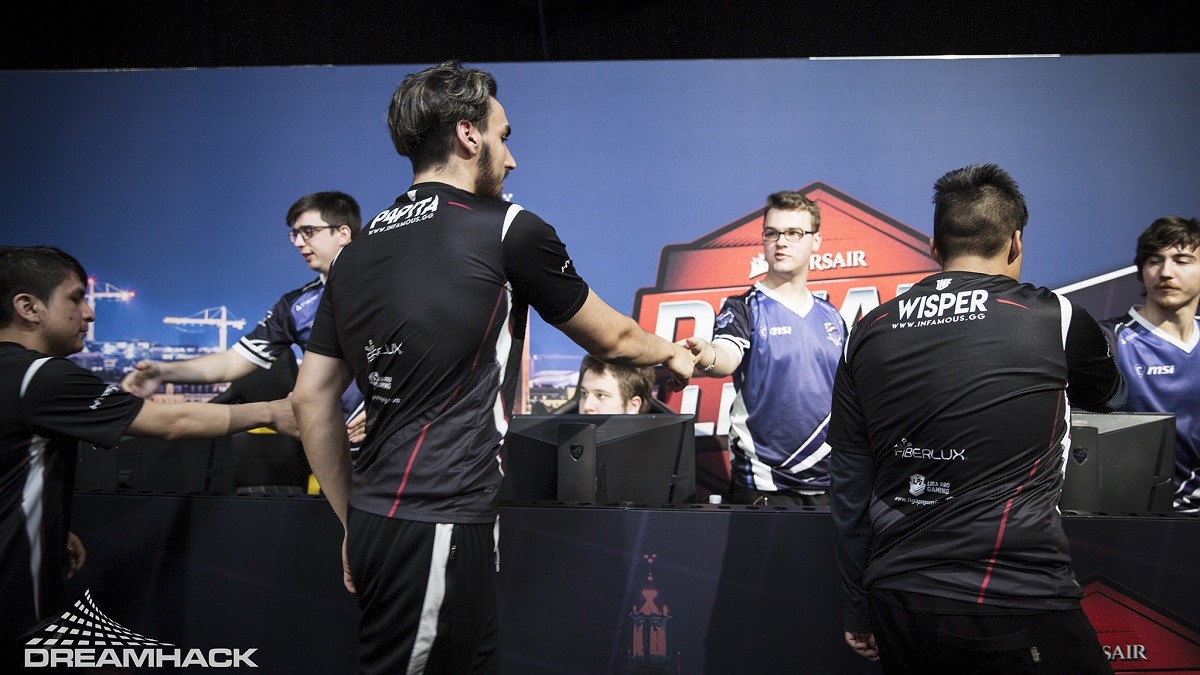 posted by Olucaron,
Stand-in specialist Danil 'Dendi' Ishutin has suffered a setback at the DreamLeague Minor, as InFamous ruthlessly took down Vega Squadron in the first match of the day.
ADVERTISING:

With his time standing in for Team Secret at the Maincast Autumn Brawl short thanks to their quarter-final exit, Dendi was looking for a better performance with Vega Squadron at the DreamLeague Minor. However, two consecutive 2-0 losses have resulted in the side finishing bottom of the group and facing a tough run.

The Ukrainian player himself didn’t actually play that badly, on Magnus and Queen of Pain, across the two games. His team were unable to make an impact in the bloodbath of a series, which featured 154 kills in total.


Who can carry the hardest?

Game 1 seemed like a personal battle between Enzo 'Timado' Gianoli’s Terrorblade and Omar 'Madara' Dabachach’s Slark. Both players helped themselves to 20 kills apiece as the game swung back and forth in net worth. With Infamous edging ahead, Vega needed to come up big.

With them knocking on the door of the base, the last thing they needed was to overindulge. That’s exactly what they did though, wiping to hand Infamous the advantage in the series.


The Timado Show goes on

Game 2 was much more straightforward, again Timado leading the way. He outdid his first-game efforts, this time recording 22/2/20 on Mirana as Infamous led from start to finish. With Mariano 'papita' Caneda and Adrian 'Wisper' Cesperes also picking up more than ten kills each, the South Americans closed out the match with an almost-30k advantage.

Next up for Infamous is a decider with the loser of compLexity Gaming and Natus Vincere, while Vega Squadron must wait for the conclusion of Group B to find out their opponents.