Dendi vs Na’vi is the highlight of the day 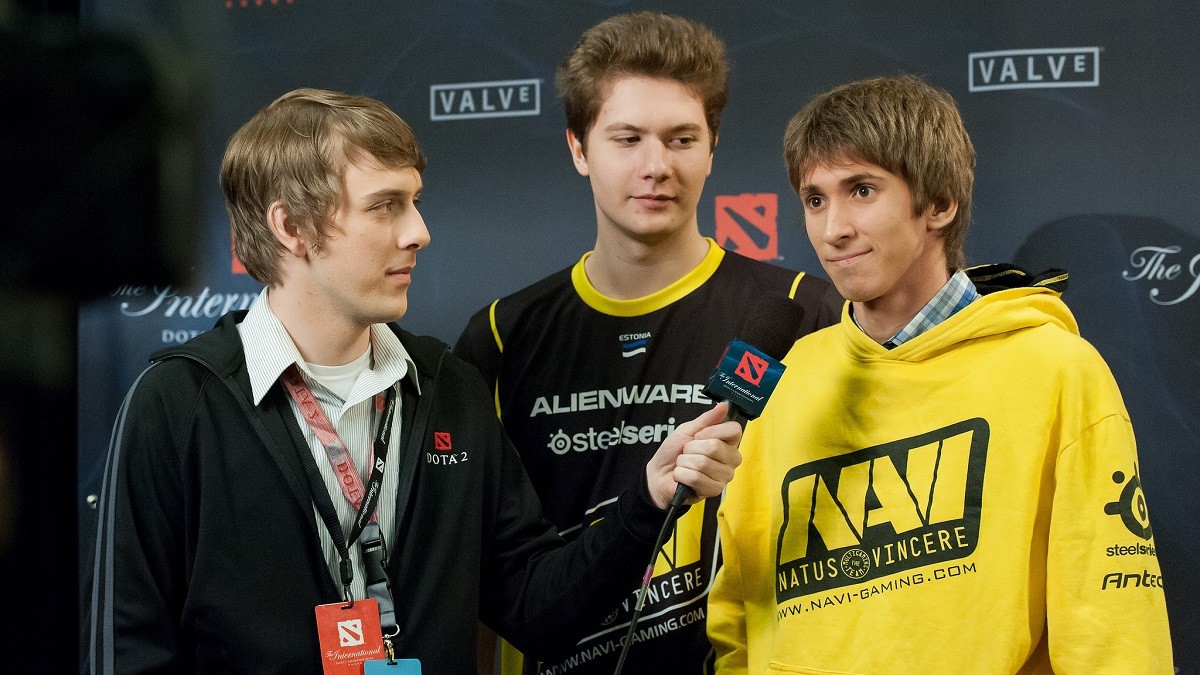 posted by Olucaron,
With Yeik Nai 'MidOne' Zheng remaining in SEA after winning the PVP Esports Championship, Team Secret needed a replacement for the Maincast Autumn Brawl. Natus Vincere legend Danil 'Dendi' Ishutin has stepped in to fill the gap — and now his first match will be against his former side.
ADVERTISING:

We welcome @DendiBoss as our stand-in for #SecretDota this week.

You will be able to catch him and the rest of #SecretDota playing later in the @dota2mc Autumn Brawl Playoffs. #SecretFighting

Dendi and Puppey reunited at last

It’s well-known that midlaner Dendi and Secret captain Clement 'Puppey' Ivanov go way back. After all, the pair both started off their Dota 2 journeys at the CIS organisation — Dendi joining in December 2010, Puppey following six months later.

Together, they played in the first four editions of The International — including winning the first and reaching the final in the next two. After TI4 Puppey left to found Team Secret, and that was the end of their Dota 2 adventure together.

Until now, that is. With Dendi as replacement, the pair now have the chance to revive a popular partnership that captures fans’ imaginations. And it’s somehow fitting that their first match together is against the side that brought them together in the first place.

To say that Na’vi have had a bad run in the last few years is an understatement, especially as they have failed to qualify for The International for the last two years. These results led to a major shake-up at the org, with four new players joining.

Something has worked, however, as their results have steadily improved this season. They won the CIS Open qualifier for The Kuala Lumpur Major before falling in the main qualifier, before winning both the Open and Main Qualifiers for the DreamLeague Season 10 Minor.

Now they face off against Secret in the Maincast Autumn Brawl for a place in the semi-finals.

Secret prepare for Hamburg with wins

Following their 5-6th place finish at The International 2018, Secret made it to The Kuala Lumpur Major with relative ease. A perfect record in the Group Stage of the Europe Qualifier was followed by clean-sweep wins over Team Liquid in Round 1 of the Upper Bracket and Ninjas in Pyjamas in the Grand Finals — in fact, they dropped just one game, to Alliance in the Upper Bracket Finals.

Then, they followed up with a win at the PVP Esports Championship in Singapore, taking home the $80,000 top prize after defeating SEA side Fnatic 3-2 in the Grand Finals. It’s been a solid start to the season for the Europeans, and they will be looking to build on that form with another win at the Autumn Brawl.

You can catch all the action at 17:00 CEST on the stream below.

Will Dendi claim victory over his former paymasters?