7 players who aim to be the next Topson 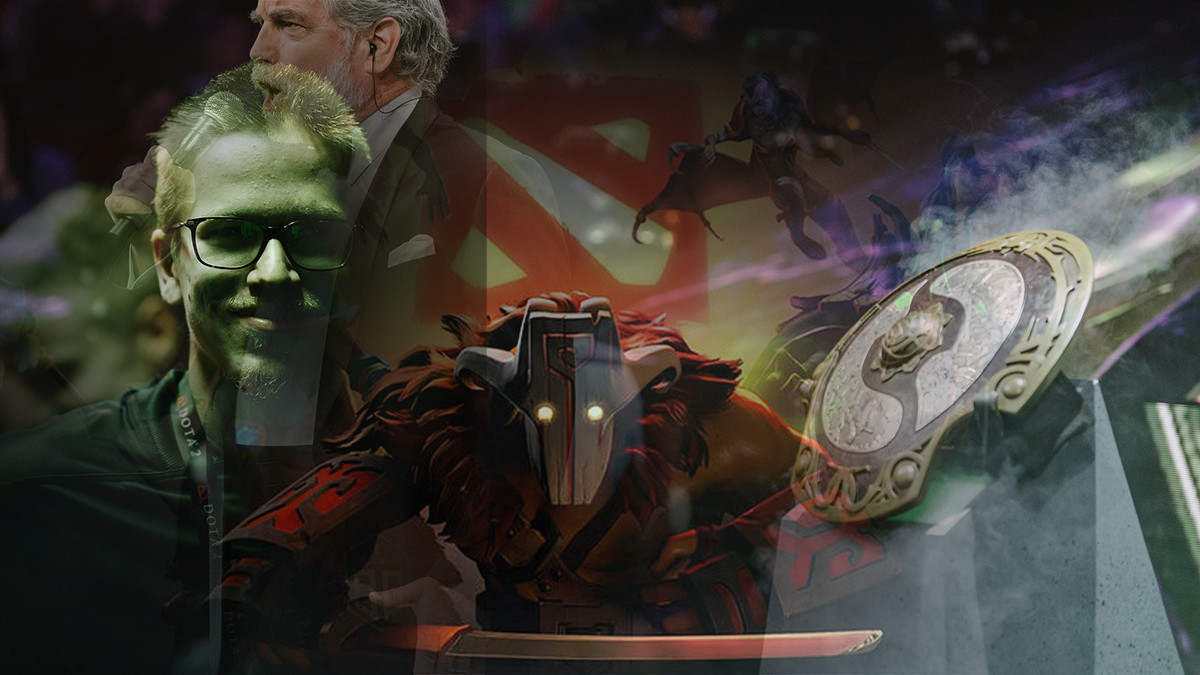 posted by Brasozial,
In May 2018, Topias 'Topson' Taavitsainen wasn't attending any event or planning to go to The International 2018. He didn't even have a team, but OG picked him up and he became a TI champion a few months later. Other teams want to imitate this success by picking up newcomers. These are seven players that we're looking at in the near future.
ADVERTISING:
Johan 'BigDaddyN0tail' Sundstein proved it at The International 2018 again: a newcomer can be the key to success. He did it with Topias 'Topson' Taavitsainen and also with Amer 'Miracle-' Al-Barkawi before that. Now other teams want to replicate OG's success. To do that, they signed unknown and talented players. Who'll be the next Topson?

Thiay 'JT-' Jun Wen is the new hard carry for Mineski and therefore the successor of the Malaysian veteran Chai 'Mushi' Yee Fung. The former hard carry switched to the support position so he can captain the team properly.

The new hard carry is 20 years old and doesn't have that much professional experience so far. He played at Geek Fam for almost one year.

His biggest successes with the team were two victories in regional tournaments: Malaysia Esports League and Asia Pacific Predatur League 2018. On top of that, he was close to qualifying for a Minor, but Geek Fam lost against Fnatic in the Grand Finals of the GESC E-Series: Jakarta qualifier.

According to his Dotabuff profile, his most played heroes are Puck, Tiny and Dark Seer. His biggest winrates are on Queen of Pain and Nature's Prophet.

Dy: Can he support Paparazi and Ori?

Vici Gaming had to cope with a tough loss at The International 2018. Although they invested a lot in a top notch squad, Lu 'Fenrir' Chao and his teammates ended up in 9th to 12th place. It was a disappointing result.

Only Zhang 'Paparazi' Chengjun and Zeng 'Ori' Jiaoyang from the previous roster didn't leave. The fifth member of the team is Dy.

The Chinese position five support hasn't played for one of the big organizations in the Far East yet, but he already made some experiences at Vici Gaming Potential, VG's youngster team.

His biggest success so far is the first place at Dota2 Professional League Season 4 in the secondary division. His most played heroes are Earth Spirit, Monkey King and Nyx Assassin.

Damien 'kpii' Chok and Hu 'KAKA' Liangzhi have left. It's the second fresh start for Newbee - and they want to be as successful as last time when they moved Song 'Sccc' Chun from Newbee.Young to the main roster.

First they signed He 'InFlame' Yongzheng from LGD.Forever Young for the offlane position. But instead of trusting a veteran for the position four support, they moved Tang 'CatYou' Xiaolei from the N.Young roster to the main team.

For those wondering, catfeces changed his name to CatYou as the management feared his name was inappropriate.

The position four changed over the last two years. Players like Yazied 'YapzOr' Jaradat, Jesse 'JerAx' Vainikka and Maroun 'Gh' Merhej reformed the position. It can be a game changer role nowadays, so skilled players are needed.

CatYou had a 3.56 KDA at Newbee.Young and played Kunkka and Earthshaker lately, but his most played heroes are Earth Shaker and Sand King. It seems like he fits the group of position four talents perfectly.

Dstones: The trial to success?

DK* is not back, but Team Aster is a good replacement to satisfy us. It's created by the Chinese allstar Xu 'BurNing' Zhilei.

While four of the players went to TI8, Dstones is the only one who doesn't have any experience in playing at top competitions. He played for Team Max and Echo Gaming before. His biggest success was a 5th-6th place at ROG Masters 2017.

He's on trial at Team Aster, but the young midlaner could be the key to success for BurNing's team to beat the regional rivals. They already qualified for The Kuala Lumpur Major. Dstones can get ready to prove his skill against the best players in the world.

His most played hero is Invoker. Maybe Amer 'Miracle-' Al-Barkawi and Topias 'Topson' Taavitsainen can learn something from the Chinese newcomer.

For almost eight years, Danil 'Dendi' Ishutin has been the face of Natus Vincere in Dota 2. It was hard to name a more iconic duo. No other team was trusting a midlaner for such a long period, but the fairy tale had to end at one point. Dendi left a few weeks ago and Natus Vincere had to rebuild.

Only Vladislav 'Crystallize' Krystanek didn't leave the team. Evgeniy 'Blizzy' Ree, Evgeny 'Chuvash' Makarov and Akbar 'SoNNeikO' Butaev are the new players, but all the spotlight is on the new midlaner, the Dendi successor.

Idan 'MagicaL' Vardanian is 19 years old. In 2016, he played for Effect. MagicaL hasn't been in many different teams yet, nor did he gather much experience at huge tournaments. His most played heroes are Templar Assassin and Queen of Pain.

So far, he has mostly played TA for the new Natus Vincere squad. They didn't qualify for the Major, but he can try to continue Dendi's legacy in the Minor qualifier.

Nisha: the Polish version of [an] Ace

Marcus 'Ace' Hoelgaard was the hard carry for Team Secret in the last season - with success. Especially in the early stage of the Dota 2 Pro Circuit, he surprised many opponents and carried his team to victories.

Fans were surprised when the rumours started that Ace wouldn't play for Secret in the second season although he individually performed well in 2018.

However, Clement 'Puppey' Ivanov found the perfect replacement: Michał 'Nisha' Jankowski will be the next hard carry for his team. He's the successor of Jacky 'EternaLEnVy' Mao, Artour 'Arteezy' Babaev and Ace at Secret.

The Polish carry is mostly known for his time on Team Kinguin. His biggest success so far was a 3rd-4th place at DOTA Summit 8 where he beat Evil Geniuses with the Polish squad.

compLexity Gaming has a new team and EE is their leader. Linus 'Limmp' Blomdin and Zakari 'ZfreeK' Freedman are the only players who didn't leave the previous roster.

The new offlaner is JingJun 'Sneyking' Wu who played for VGJ.Storm in the previous Dota 2 Pro Circuit. However, the North American Dota 2 pro was replaced by Saahil 'Universe' Arora.

Today we are excited to announce the #coLDota roster for the 2018-2019 season!

The last player in the coL squad is Rolen Andrei Gabriel 'Skemberlu' Ong, a talented player from the Philippines. He was at Geek Fam before and played position four as well as position one.

EE played a few games against him in several Southeast Asian qualifiers and persuaded him into joining the North American squad.

Right now, most of the young players are attending the different regional qualifiers so they can qualify for their first Major. A few will make it through. There, they can prove their skill against the best players in the world. It will be exciting to see new talent coming into the professional Dota 2 scene once again.

Who will be the next Dota 2 superstar?