The early trends of Grimstroke, the Corrupted Guardian 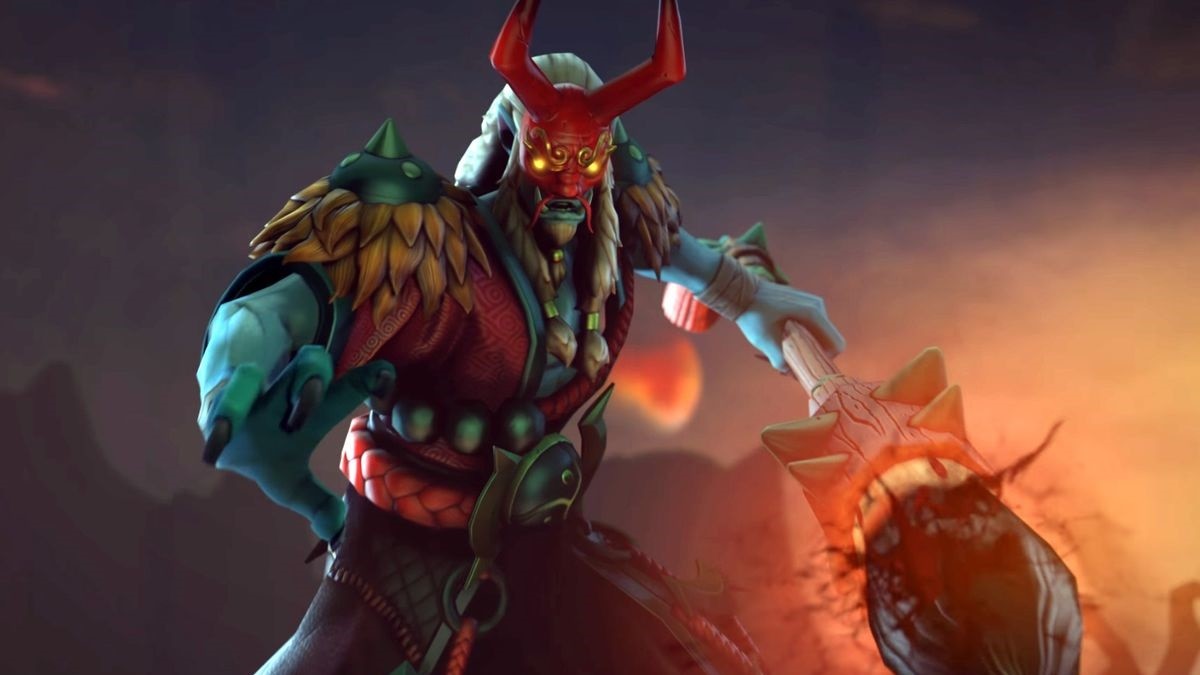 posted by EskayDota,
Grimstroke is the latest hero to plague your pubs, but how have people been playing him in these early days? What can you do to aim for success with the hero?
ADVERTISING:
The first new hero to be added in 10 months of patches, Grimstroke is an Intelligence support with a magical arsenal. In the weeks since his release we have seen a variety of ways of playing the cursed painter. Professional players have experimented with builds that see the hero played in every position and lane, but which of these will stick?

Is he a strong laner?

When viewed from the role of support, the most prominent build is to max the hero’s nuke ability, Stroke of Fate. With the damage of Luna’s Lucent Beam at max level but in AOE-form and on a five-second cooldown, his first ability is a huge selling point for the hero. Being able to deal this level of damage on a support with a healthily proportioned mana pool, Grimstroke is strong to say the least.

A max-level Stroke of Fate through a creep wave can take out a large majority of almost any hero’s hit points at such an early stage of the game. Stroke of Fate is maxed out at level 7 in over 90% of Grimstroke games.

This shows potential for Grimstroke to be a strong laner. Nukes from range allow for safe and damaging harassment at a distance, while transitioning into a strong fighter in the early-to-mid game. To pad out Grimstroke’s utility, he also is equipped with a movement-speed-boost-turned-AOE stun, alongside a single-target silence that is dispelled similarly to Weaver’s Swam ability.

His strongest selling point is his ultimate

Although not favoured in popular builds, Grimstroke’s silence is one of his more frustrating spells — particularly for low-attack-speed, spellcasting supports. Heroes like Pugna, Lion and Lina really suffer the consequences of having a slow attack speed, and without the help of allies can spend the full 4/5 second duration silenced.

Grimstroke’s third ability, Ink Swell, has several mechanical elements. The ability proves to be most useful in teamfights and disengaging and can make for a very strong save if used at the right moment. Picture a stun, slow, damage-over-time and a nuke onto your enemies, alongside a speed boost and period of immunity to auto-attacks for an ally. Early trends from all levels of pub games favour maxing Ink Swell over Grimstroke’s silence.

Arguably Grimstroke’s strongest selling point is his ultimate, acting as a link between the targeted enemy and its nearest ally, causing whatever single-target spells cast on either hero to be cast on both. This immediately makes for some very fun interactions.


Blink and Eul's are the key to success

To assist these abilities, a consistent trend in the itemisation of the hero has seen people building Eul’s Scepter of Divinity and Blink Dagger. Beyond the obvious self-Cyclone to allow Blink to come off cooldown, the two items complement Grimstroke’s role as an escape artist.

This combination allows him to cast Cyclone on an enemy while making himself significantly quicker and invulnerable to attacks, allowing him to run or blink away. Both the Eul’s and Blink can also be used to help Grimstroke land his stun more consistently.

The numbers favour Grimstroke as a support hero, given he only has a 41% win rate in the midlane and a marginally higher win rate in the offlane. However, this hasn’t stopped pro players taking advantage of the hero’s heavy nuke damage and wide range of utility. After all, let’s not forget that Valve labelled Sven a support hero for a number of years…

All this said and given the hype around the easy MMR to be gained from picking Bob Ross, he has not yet managed to paint himself a world in which he has a win rate above 50%. The early changes to the hero have seen his win rate dwindle even further.