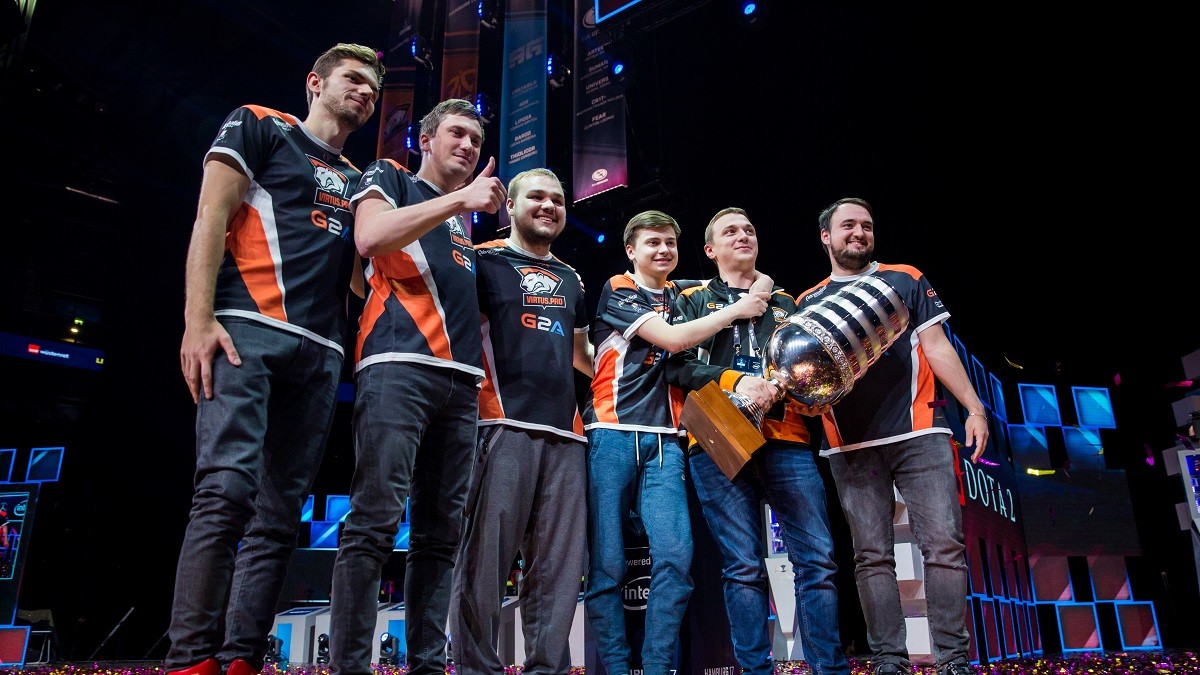 posted by Olucaron,
DPC-leading side Virtus.pro have announced that head coach Ivan 'Artstyle' Antonov has departed the organization. This comes after a successful year for the CIS team, but a disappointing end to The International 2018 as they exited in Round 4 of the Lower Bracket.
ADVERTISING:

⚠️ @ArtStylee leaves https://t.co/RghpmPyTHr today. Thanks to him, we claimed 4 Majors to end the 17/18 season in DPC first place, and became the two-time 5-6th finalists in TI. We want to thank Ivan and wish him best of luck in the future. https://t.co/ylPqyZueUS pic.twitter.com/mH7L66KzGS

A successful year for the coach

Under his leadership of the side, Virtus.pro enjoyed an unprecedented season in the inaugural Dota Pro Circuit. They won four of the nine Major tournaments — ESL One Hamburg 2017, ESL One Katowice 2018, The Bucharest Major 2018 and ESL One Birmingham 2018 — as well as recording second place at the China Dota 2 Supermajor, third at the Dota 2 Asia Championships 2018 and fourth at EPICENTER XL.

With a total of 12,372 points, they ended the DPC season 2,913 points ahead of nearest rivals Team Liquid. In fact, with Artstyle as coach stretching back to The Kiev Major, VP never finished below 5th-6th in an event. Now, with the new season looming, both parties have decided to mutually part.

The end of our cooperation was our common decision. We will enter the new season with new goals, new ways to tackle practice, and a new coach. I would like to personally thank Ivan for all the time he has spent with our team. His contribution to the roster's development is invaluable. I wish him all the best in his future endeavors. I believe he will succeed in everything, as he is a true professional. — Roman Dvoryankin, General Manager

I want to say many thanks to the players for the time spent together. It was not just my best experience in Dota, but also the best period in my life. I want to thank Lyosha, Vova, Pasha, Roma and Vova for being true friends. I will always worry about you and cheer for you, you are my gang! Also, I want to say thank you to Virtus.pro for believing in me. Our manager Dima, analyst Jan, General manager Roma Dvoryankin and Masha Yermolina - we have been an excellent team! Thanks to all the fans for their support and faith in us. I want to apologize for not meeting your expectations for the International. I sincerely believe that these guys will succeed and keep getting better! — Ivan “Artstyle” Antonov

What next for Artstyle?

Nothing was revealed regarding Antonov’s future plans, but speculation includes the possibility of him joining Danil 'Dendi' Ishutin wherever he ends up, after his own release from Natus Vincere. Whether this is as a coach or as a player remains to be seen, but there’s a strong chance we could see him back on our screens rather than behind them. As a former TI winner, he has a lot to offer a team in terms of skill and experience, and with other CIS legends such as Alexander 'XBOCT' Dashkevich also available, could we see a new power emerge?


What do you think of the decision? Will we see a return to playing for Artstyle?